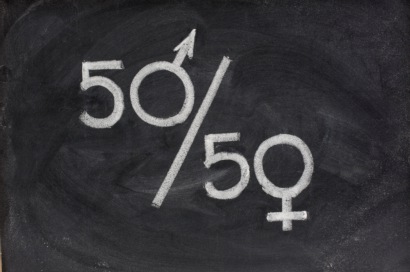 ALBANY, N.Y. — “Because It’s her body, it’s her choice!” Gov. Andrew Cuomo shouted repeatedly to thunderous applause during his State of the State Address earlier this year. Cuomo was unveiling his Women’s Equality Act — a package of legislation designed to increase the rights of women in the state.

Like his gun control package, some of the measures that comprise what could become a set of landmark changes to state law have been circulating around Albany for a while but never quite made it through both houses of the state Legislature. It remains to be seen whether the governor will use the various tactics at his disposal to convince lawmakers to pass his Women’s Equality Act as well.

The mere announcement of the package has also reinvigorated anti-abortion groups that see it as a Trojan horse with the ultimate goal of further easing what they see as some of the most liberal laws on reproduction in the country.

Although it has not formally been introduced, Cuomo said during his address that the Women’s Equality Act would include measures to ensure women equal pay to men, tackle discrimination against women who are pregnant, strengthen laws against human trafficking and set a zero-tolerance policy for sexual harassment in the workplace.

But what drew the greatest attention was Cuomo’s proposal to strengthen women’s rights to an abortion through the Reproductive Health Act. The bill, which has been sponsored by Senate Minority Leader Andrea Stewart-Cousins since 2007, would take a woman’s right to an abortion out of New York’s criminal code and make it part of health law, and also allow for late term abortions if a mother’s health is in danger.

Proponents say the measure would “codify” abortion in New York’s law and de-stigmatize it by removing it from criminal code. Opponents say the bill does much more than that.

“If we go ahead with this there will be no criminal penalty for forced abortion,” said Kathy Gallagher of the Catholic Conference of New York. “So if a man spikes his wife’s drink or drags her to an abortion clinic he won’t be punished. And we will be opening up state to late-term abortions for no reason. Other states are making it illegal but we will be putting up a banner saying to late termers: ‘You can get an abortion in New York!’”

Sen. Liz Krueger, who represents Manhattan and has sponsored bills dealing with at least five of the 10 points in Cuomo’s Act, said the measure dealing with women’s access to abortion is simply common sense. “I think if you really look at what we are proposing, there isn’t anything that is shocking here,” she said. “Will the Conservative Party oppose it? Sure, but count how many New Yorkers that actually amounts to and I don’t think you have many.”

But Gallagher said she thinks that the other bills are simply “packaging” to push the abortion measure through.

“The idea that women don’t have access in New York is absurd. New York has the highest abortion rate in the nation,” Gallagher said. “Abortion is the only option they are told they have. They get off the subway and see signs for it, it’s in their fashion magazines. We want better than abortion for women.”

She argued that the bill was just a “regifting” of an Eliot Spitzer bill from 2007 “that went nowhere. “The Reproductive Health Act has failed to come to a vote in both houses for six years. But now the governor is repackaging it,” she said.

Stewart-Cousins said the package isn’t about just one bill. “What is important is that the package identifies a number of challenges women face from the cradle to the grave that prevent equality,” she said. “We as Democrats have really tried to emphasize to our colleagues how important these issues are to women. Not every issue will impact every woman but most women have been impacted by the issues addressed in these bills.”

Krueger argues that polls show most New Yorkers support what she calls the “basic” tenants of the reproductive health legislation. “I am tired of hearing this is something Republicans oppose,” she said. “I represent a lot of Republicans and I haven’t spoken to any who oppose these measures.”

When contacted for comment on whether Senate Republicans would support the governor’s Women’s Equality Act, Majority Leader Dean Skelos’ spokeswoman Kelly Cummings issued this statement: "Senator Skelos believes that it's important to ensure every New Yorker has the same basic rights, the same opportunity to succeed and get ahead, and that all of our residents have access to the health care services they need and deserve. We look forward to reviewing the laws we currently have on the books and seeing how we can improve those laws."

It has become almost a ritual for bills dealing with abortion to be held up by Senate Republicans, and Democrats helped remind everyone of that this past week. On Thursday, the New York State Senate considered a slew of resolutions including honors for a Boy Scout becoming an Eagle Scout, a man turning 100 and a women's retirement after 16 years of work. But Senate Republicans refused to take up a resolution put forward by Krueger commemorating the anniversary of Roe v Wade. It was pulled from the active list by Senate Republicans because, they argued, Senate rules don’t allow resolutions on “policy positions.” Democrats argue Roe v. Wade is not a position but the law of the land.

And that is far from the only example of Senate Democrats introducing bills on women’s equality, equal pay and abortion rights only to see them buried by Senate Republicans. The Assembly has passed The Fair Pay Act 11 out of the last 12 years but the bill has not been considered in the Senate where Republicans have refused to bring it to a vote — even though Krueger, the bill’s sponsor and a polarizing figure among Republicans, has filed a number of motions to have the bill considered.

Legislation on sexual harassment, human trafficking, and strengthening order of protection laws have suffered similar fates. One part of Cuomo’s package — legislation attempting to combat pregnancy discrimination — was carried by Sen. Roy MacDonald in 2012 during his last term in the Senate. MacDonald was defeated by Kathy Marchione in a contest that was largely seen as a referendum on MacDonald’s vote for same-sex marriage.

Both sides in the debate over the reproductive health legislation acknowledge much has changed this year because of the alliance between the Independent Democratic Conference and the Senate Republicans, and especially because of the governor’s support for the measures.

But Sen. Jeff Klein, who heads the IDC and shares the senate presidency with Sen. Dean Skelos, has openly questioned whether Democrats have enough votes to pass the legislation.

Klein issued a statement challenging the Democratic conference about their ability to pass the legislation after Krueger tried to score political points after her resolution was stopped from coming to a vote. At the same time, he revealed where the IDC stands. “We need to face the facts: there are not 32 pro-choice Democrats in the New York State Senate,” he wrote. “This sad reality is directly attributable to the membership of the Senate Democratic Conference.”

He went on to say that “a real Democrat” must “defend a woman’s inherent right to choose.”

"Moving forward, I believe it is no longer acceptable for Democrats to support Senate candidates who want to call themselves Democrats — and pound their chests like Democrats — while actively undermining a woman’s right to choose,” he wrote.

It remains to be seen whether Cuomo will put as much backbone behind the push for the Women’s Equality Act as he did for gun control. As seen with the votes on gun control and same-sex marriage, Cuomo has the uncanny ability to make previously opposed senators reconsider their votes. And, so far, Cuomo has not issued a program bill with the full details of his 10-point plan. Cuomo’s office did not return requests for comment.

Sen. Michael Gianaris, deputy majority leader for the Senate Democrats, said it is the Democrats’ responsibility to make sure that any legislative deal that might be reached between Cuomo, the Senate Republicans and the IDC is “the progressive legislation New Yorkers support.”

“It feels great to know that the governor’s agenda is one the Senate Democrats have been talking about for two years,” he said.

Stewart-Cousins admitted she is unsure when Cuomo will unveil the entire program bill but said she knows what she wants the outcome to be.

“This is going to be people taking a look at the overall positive impact of this bill, and recognizing what it does to alleviate the unique obstacles that women face in gaining equality,” she said. “I am hoping there will be enough members of our house to make it law.”