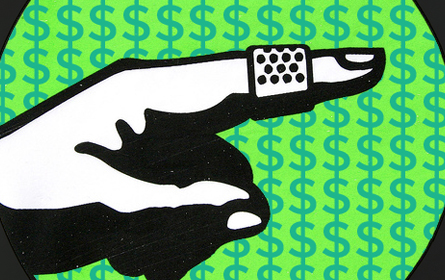 We all were expecting the worst.

Spending slashes that would eviscerate social service programs. Apocalyptic tax hikes. Layoffs and job losses in the thousands. With the city's revenues in free fall because of Wall Street's meltdown, many expected fiscal year 2010 to be doomsday.

But last week, Mayor Michael Bloomberg and the City Council came to an agreement on a budget that is far less devastating than most expected. Firehouses are staying open. Library doors will remain ajar six days a week. And kids will have day care programs at the Administration for Children's Services.

How did this come to pass? For one thing, the city may have simply postponed the bad news.

In the time between the release of the mayor's executive budget in May and the unanimous approval of the city's fiscal plan on Friday, the Bloomberg administration's projections for the deficit for fiscal year 2011 grew from $4.6 billion to $5 billion. Last month, the city's Independent Budget Office predicted the city's deficit next year would be $5.6 billion, and the city comptroller's office reportedthe financial hurdles facing the city in the next few years would be "daunting."

Such projections have prompted advocates and watchdogs to wonder whether the budget the City Council approved last week is a band-aid solution when what New York really needs is open-heart surgery.

As they announced the revised spending plan last week, the mayor and other officials warned the worst may be yet to come. "This may not be the last word on this year's budget," Bloomberg said, hinting that the administration and the City Council might have to reopen the $59.4 billion fiscal plan to revise spending later this year.

Later this year could very well mean after this fall's citywide election.

City Council members Jimmy Oddo and Vincent Ignizio, both Republicans from Staten Island, stroll through City Hall's parking lot Friday evening moments after the council approved the city's 2010 budget by a vote of 50 to 1.

Typically, they would be off to their ritual post-budget Whiffle ball game. Not this year.

"It's an election year," said Oddo.

That exchange may encapsulate this year's fiscal process. For the most part, city officials and advocates have described this year's budget as both good and bad.

Advocates had anticipated "doom and gloom" earlier this year, when the mayor released a preliminary budget that threatened to lay off 14,000 teachers. The deal the council and the mayor reached last week, in comparison, said advocates, appeared far better.

"There were more restorations than people expected," said Sean Barry, executive director of the New York City Aids Housing Network. "The mood, maybe jubilant wasn’t necessary, (but) people were pretty excited. They felt much better about it."

In total, the City Council injected $362.3 million into programs the mayor had planned to cut. By far, the city's cultural institutions and libraries were the largest benefactor of that funding -- to the tune of nearly $72 million. Also topping the list, the city’s Fire Department received $17 million from the council to keep 16 fire companies open and retain 400 positions. Approximately $8 million will go toward preserving classrooms at the Administration for Children's Services, and another $3 million will save 100 caseworker positions at that agency, said council officials.

The council also allocated nearly $33 million for senior services, $1 million for playground supervisors at city parks and $24.7 million for education programs throughout the city, including $13 million for teachers to purchase school supplies.

Where It Comes From

In May, the mayor hoped to generate $1.5 billion in revenue by raising the sales tax, doing away with a sales tax exemption for clothing and negotiating with the city's unions on both health care costs and pensions.

He was partly victorious: The City Council signed off on hiking the sales tax to 8.875 percent from 8.375 percent and agreed to do away with the exemption for clothing sales of more than $110. The city's unions also went along with contributing to some of their health benefits.

Elsewhere, the mayor was not so persuasive. He was unable to secure the creation of a fifth pension tier for new city employees in Albany, and the City Council refused to endorse a five-cent tax on plastic bags. In the end, the fiscal year 2010 budget agreement came up $359 million short.

This also doesn't factor in the uncertain situation in Albany, where the legislature must approve all of the mayor's tax proposals. The state will have to OK the sales tax increase, among other revenue measures, by July 1.

An administration spokesperson said the city will make up the revenue shortfall elsewhere. Conveniently, the city's budget department reported last week that an additional $438 million to help fill the gap was generated thanks to "conservative" revenue projections.

But what some see as faulty revenue projections, others caution is a misleading budget process.

"It amazes me that they find a half a billion dollars," said Councilmember Lewis Fidler. "Surprise, here is a half billion."

"They are not playing all the cards on the deck," added Fidler, who says the administration squirrels away funding to keep the City Council out of the budget process.

Some advocates also question whether the administration is being completely open about its revenue projections.

"If they are not being transparent about where the money comes from it makes me nervous for New Yorkers who rely on programs that are less politically popular, like AIDS housing programs," said Barry. "We aren’t firehouses."

Others wonder about the politics and whether the entire budget process represents an attempt to make the city's fiscal situation appear OK for now, until after the city elections. In an analysis of the mayor's budget, the city's Independent Budget Office not only predicted far higher deficits in future years -- climbing to $5.8 billion in fiscal year 2012 -- but also observed, "Given that this a municipal election year, the difficult decisions about spending cuts and tax increases that lie ahead are unlikely to be addressed until November."

"People expect these cuts to be back on the table in the November financial plan after the city elections," said Barry.

At least $3.6 billion of this year's $59.4 billion budget is one-time only revenue. The city received $1 billion for Medicaid from the federal stimulus package earlier this year, and it was also able to roll over $2.6 billion of surplus from the city's boom years and apply it to this year's budget.

But those days are over. There is no surplus left, according to the mayor's office.

"We do budgets 12 months at a time," said Council Speaker Christine Quinn on Friday. "There is no doubt about it that the 2011 budget holds the real prospect of being more challenging than the 2010 budget."

The mayor's office expects the economic downturn to be reversed by the end of 2010, but many believe that between now and then the city is in for a turbulent ride.

"There is no question that the stimulus money was a one or two-year deal and we're going to take advantage of that," said the council's Finance Committee Chairman David Weprin. "We'll take it when it comes, and we'll worry about next year, next year."

Knowing that the city already faces a $5 billion deficit for 2011, some watchdogs wonder whether the administration and the council could have used this budget to address some of the city's long-term fiscal problems, like pension costs. The city has cut more than $3 billion in spending and every city agency has had to take a hit, the administration argues. These one-time revenue sources, like the federal stimulus package, have weakened that blow.

The mayor and council, say watchdogs, have delayed the inevitable. The real cuts could be coming down the line later this year or next.

"2011 is really bad," said Carol Kellermann, president of the Citizens Budget Commission. "This doesn’t really address any of the underlying structural problems."

Looming on the Horizon

The fate of departments and agencies that lost out this budget season, especially the Department of Education and the Police Department, are bound to be the subject of debate this year -- especially during the election campaigns.

The city's school system is slated to get more than a $1 billion cut, which would dig deep into non-pedagogical personnel. According to the mayor's executive budget, the number of non-teaching personnel at the Department of Education, from crossing guards to assistants, could be reduced by 475.

In response to these cuts, Geri Palast, executive director for the Campaign for Fiscal Equity, put out the following statement: “The budget agreement reached by the City Council and Mayor Bloomberg marks a disappointing retreat from New York City’s commitment to provide adequate funding for all of New York City’s public school children. Cuts to the classroom and elimination of vital programs like the English Language Learners Incentive Grant Program, the Middle School Success Program and the Student Success Center Program will stifle the impressive strides our highest needs students have begun to make.

The Police Department could also see a reduction of 989 civilian employees -- those who are not uniformed officers but do necessary administrative work. Police Commissioner Ray Kelly has said that work will still have to get done and so the reduction in the civilian workforce will lead to fewer officers on the beat.

Already, the city's unions have staged rallies against the reduction of city workers at the Department of Education.

Even advocates and social service agencies who were able to save their programs are looking toward November cautiously.

"We are really pleased given the doom and gloom budget scenario," said Susan Stamler, director of policy and advocacy at United Neighborhood Houses. Programs her group supports, such as home delivered meals for seniors or after school programs, survived this round. "We recognize that needs are only growing. We remain concerned that these dollars are only one-year dollars, and we'll have to advocate next year."

Many advocates say they expect a lot of these cuts to return in November following the city elections.

Next year could be just five months away.