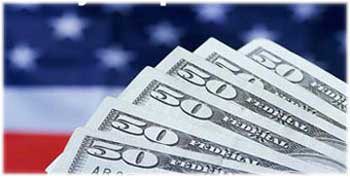 Governor Eliot Spitzer and members of the State Legislature came to Albany in January promising to change the way the state government does business. Now, with less than a month remaining before the scheduled end of the state legislative session, the Senate and the Assembly need to act on an issue that has the potential to change significantly the culture of Albany: reforming the state’s lax campaign finance laws.

New Yorkers have grown tired of the way in which special interests affect their state government and want to end the undue influence money has on campaigns, candidates and elected officials. Along with legislative gerrymandering (see related article), the flow of dollars to the re-election campaigns of elected officials enhances the power of incumbents, making it diifcult to challenge them and virtually impossible to unseat them.

In the past several years, reform proposals have passed in the Assembly but then died. Now, Governor Spitzer has proposed meaningful campaign finance reform that would take several necessary steps forward in limiting the influence of money in politics and thereby weaken the role of special interests.

The legislature must stop delaying action on this issue, because we have some of the weakest campaign finance laws in the country.

How out of whack are our laws? Consider that campaign contributors can give 10 times as much to candidates running for governor of New York State than president of the United States. Candidates for federal office, including president, can't accept contributions larger than $2,300 per campaign or $4,600 per election, while in New York City, limits vary from $2,750 for City Council to $4,950 for mayor per election. But in New York State, contribution limits range from $7,600 for candidates for Assembly to $56,000 for governor.

Such high limits encourage candidates to go after contributors who can give the most rather than create a grassroots base of smaller donors. This lets a small but powerful group of campaign contributors hold significant sway over public policy decisions, arguably at the expense of the broader public interest. In fact, these special interests can stop just about any legislative action detrimental to their interests, adding to the gridlock that saddles our state government. If truth be told, many of contributors give not because they necessarily want to, but because they feel they must in order to protect their interests or advance their agendas.

GETTING AROUND THE LIMITS

To make matters worse, the current system allows unlimited "soft money" contributions. These "housekeeping" contributions are intended to support the organizational activities of the political parties and their various subsidiaries, but are often used surreptitiously to support the campaigns of candidates who need the party's help. Consequently, individuals and companies can give hundreds of thousands of dollars to party committees and flout the already high contribution limits of campaigns. "Soft money" contributions, along the money given to candidates, make up what has been tagged the "pay to play" culture where special interests feel an obligation to pony up to ensure access or favorable consideration of their issues.

Although corporations can contribute no more than $5,000 total in a calendar year, many get around that limit by forming various different and separate limited liability corporations that are subject to the same sky-high limits as individuals. Many of the corporations are established for the express purpose of getting around these minor restrictions and increasing the amount individuals and entities can contribute.

New York State also is exceedingly generous in how it lets politicians use their donations. Broad definitions of what are allowable campaign expenses encourage legislators to use their campaign accounts for personal reasons. The vagueness of state law permits them to use funds to pay for such items as swimming pool covers, vacation trips, rental cars, flowers, country club membership dues and so on.

New York State suffers from lax enforcement of its weak laws by a state Board of Elections, which is under funded and has limited authority. Tens of millions of dollars were spent in the last statewide election, but the state Board of Elections found only a handful of campaigns or committees guilty of violating state law and meted out less than $50,000 in fines. The board penalizes too few campaigns and fines them far too little for its actions to serve as a meaningful deterrent to violators.

New York's disclosure laws do not require contributors to list their occupations or employers. They also don't require campaigns to report the names of those who helped solicit or deliver the contributions if there was a third party intermediary involved in the raising of the money, a practice known as bundling. Large campaign expenditures are also often not detailed, making it difficult to know what the expenses were for. And only expenses that have been paid for need to be reported, meaning a campaign may not report some expenses it incurred, but did not yet pay until after the election was over.

It is also very difficult to track the flow of campaign cash to incumbents during the legislative session. While there can be 10 or more campaign fundraisers every week from January through June, incumbents are not required to file even one campaign finance report during the legislative session. The first report due date comes in July, one month after the scheduled end of the session when all its business is done. This forecloses any real scrutiny of how contributions affected what happened or did not happen in Albany.

This dizzying array of sky-high contribution limits, multiple loopholes and loose enforcement have led good government groups like Citizens Union to call for major reform in the area of campaign finance. With the governor rightly connecting the dots among campaign contributions, undue influence and legislative gridlock, New York has reached a moment in time to change its laws, and hopefully before the legislative sessions ends in late June.

Whatever reform gets enacted needs to accomplish the following:

--Significantly lower the limits on campaign contributions from individuals and political action committees to candidates and party committees.

--Require greater disclosure of information about contributors and those who solicit and deliver the contributions.

--Require the filing of at least one campaign report during the legislative session.

--Restrict the "personal use" of campaign funds.

--Strengthen the power of the state Board of Elections to enforce these laws and increase the penalties and fines the board can assess.

In this fog of discussion about campaign finance and the race to enact real reform, it is difficult for voters to know where legislators stand on the specifics of the issue. This is why Citizens Union, Common Cause/NY, League of Women Voters and NYPIRG are pressing legislators to stand up and disclose their positions.

The legislature began its session in January by passing sorely needed and significant changes to our state’s ethics and lobbying laws. In doing so, the State Senate and Assembly signaled that fundamental change of state government was possible. It would be great and remarkable if they ended the session by changing New York’s notoriously weak campaign finance laws. Such action would help restore a small measure of citizens’ faith in our state government and send an important message to New Yorkers that the power of special interests in Albany can take a back seat in favor of the public interest.