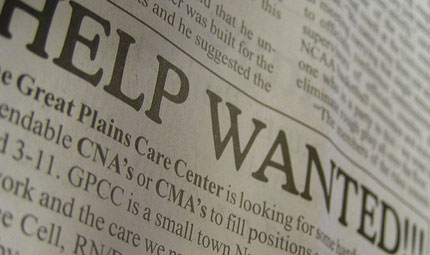 As Wall Street does tailspins and foreclosure signs spring up across town, New York City's labor market can seem daunting to all but the best connected. Somehow, though, amid the economic tumult, the city government is helping thousands of New Yorkers find jobs.

That unlikely trend is a product of the workforce-development system, a network of occupational training and counseling services that has historically been seen more as a welfare institution rather than an economic force.

Since 2003, the Bloomberg administration's Department of Small Business Services has sought to transform the system, one of the nation's largest, into a market-based employment network with broad-based training and hiring programs. Under the ambitious restructuring effort, job placements per quarter have grown from about 130 in mid-2004 to some 4,300 by late 2007.

Yet some workforce experts warn that the improvements have not erased structural issues -- from entrenched poverty to limited education to language barriers -- that keep many people out of work. As the system tries to promote job opportunity in underserved communities, it must contend with a dwindling budget and a strained social service system. Reflecting a nationwide trend, the state's workforce programs lost about $130 million in combined federal and state funds between the 2003-2004 and 2005-2006 program years, according to an analysis by the New York Association of Training and Employment Professionals and the New York-based think-tank Center for an Urban Future.

More fundamentally, the system faces the challenge of promoting economic equity while encouraging business growth. Julian Alssid, executive director of the Workforce Strategy Center, an organization that has worked in 22 states to revamp workforce-investment programs, said workforce development should straddle social responsibility and economic interests. "You kind of need to balance the two," he said. "The whole idea of this is you're both getting people out of poverty and growing the economy."

Preliminary reports from the state Labor Department indicate unemployment in the city has eased somewhat in recent years, averaging about 5 percent in 2007. But patterns of joblessness reveal stubborn inequalities. According to 2003 data for the New York metro area, blacks and Latinos had unemployment rates of 12 and 9 percent respectively, compared with about 6 percent for whites. Unemployment among black youth aged 16 to 19 approached one third, compared to around one fifth of white youth.

Meanwhile, the occupations flagged by the Labor Department as having the highest employment prospects range from mechanics and electricians to community service administrators and nurses.

The workforce-development system was built to guide New Yorkers into that hodgepodge of career possibilities. The idea is that by serving as a link between people and the job market, the government can lift up both individual households and the economy's overall health.

Government has often addressed unemployment and business as distinct, even conflicting, policy arenas. But the Department of Small Business Services has sought to recast workforce investment as a business proposition.

"The underpinning of everything that we've done over the last several years was to make sure that any time we are providing workforce-development services, it is in context of very specific jobs that are in demand here in New York City," said Scott Zucker, deputy commissioner for workforce development at Small Business Services.

The city has revamped its Workforce1 Career Centers, one-stop hubs for career and job-preparation services, to place more New Yorkers in "growth occupations" in sectors like health care, retail and food services. The various organizations contracted by the city to run the centers, which are now located in each borough, market themselves as a hiring resource for employers, rather than simply a way-station for the unemployed.

"We want to give the employer a value proposition that says, 'If you work with us, you'll be able to recruit a better candidate than you'll be able to recruit through somewhere else, or doing it on your own," said Tim Ford, executive director of the New York City Employment and Training Coalition, which represents community-based organizations, community colleges and other entities involved in workforce development.

To build ties with businesses, the city has launched NYC Business Solutions Hiring & Training, which identifies and pre-screens job candidates in the Workforce1 system. The program also provides grants to businesses to help fund employee training.

On a smaller scale, the city's "sector-based initiatives," backed by public and private grant money, have launched pilot projects to prepare people for jobs in the biotechnology and medical fields. One program, run by the Metropolitan Council on Jewish Poverty, trains people for careers as certified radiology technicians, emergency medical technicians and paramedics.

Much of the growth in jobs through the workforce system has been spurred by big-name corporations, including AOL-Time Warner, FreshDirect and JetBlue. The Atlantic Terminal Mall in Brooklyn has partnered with the Brooklyn Workforce1 center to fill several hundred positions at chain stores like Target and Bath & Body Works, achieving a relatively high rate of successful applications. To take this further, the Workforce Investment Board, an oversight body with appointees from the public and private sectors, plans to establish a comprehensive workforce information service, which would offer current data about the job market and labor force to help employers and community groups track opportunities.

From the service provider's standpoint, Ford said, "it's viewing human capital as equally important as our infrastructure and other pieces of the economic development pie."

Yet workforce development's job gains are spread unevenly across the city. People with a basic education and job skills can find work relatively quickly through the system. Others -- like the immigrant with limited English skills or the single mother who reads at the fifth-grade level -- may benefit little from the programs, according to David Fischer, project director for workforce and social policy at the Center for an Urban Future. A recent study by the center found that the Workforce1 system has been able to assist just a small fraction of adults in the city who are unemployed or working poverty-wage jobs.

"If you're not basically employable when you walk into a Workforce1 center, the odds aren't very good that they're going to make you employable," Fischer said, "because the system isn't designed to do that."

While anemic funding is largely to blame, critics say, the problem is complicated by a lack of coordination among the various city agencies tied to workforce programming, such as the Human Resources Administration, which manages welfare services.

The path to "employability" has been slippery for Ketny Jean-Francois, a single mother living in the Bronx. She has been seeking steady work for about two years, but still struggles to scrape by with public assistance and a subsidized apartment.

Jean-Francois said she feels like she's fallen "way, way behind," reluctantly settling into unemployment limbo. "The longer you're on public assistance," she said, "the more you get disconnected from the workplace."

Human Resources' so-called "welfare-to-work" program has required her to take certain jobs to keep her benefits, forcing her to juggle short-term work assignments, child-care responsibilities and long-term goals. The jobs, including an office position at John Jay College of Criminal Justice and work with the sanitation department, have felt more like "serving as free labor" than preparation for real employment, she said.

The program did introduce her to LaGuardia Community College's new Workforce1 center, which offered resume workshops and job-search help. But she said the burden of her work schedule prevented her from taking advantage of those services.

The welfare regime also impeded Jean-Francois's most recent career move: job training in the nursing field. The welfare administration's review of her application for tuition sponsorship dragged on for months. She eventually found a free course on her own, but again had to petition for permission to take classes.

While she is completing her training, time constraints continue to cloud her job prospects. Her young son's subsidized daycare runs from the morning until 5:30 in the afternoon, and many of the positions she has looked into involve night shifts or odd hours.

Now an advocate with the economic-justice group Community Voices Heard, Jean-Francois hopes to forge her own welfare-to-work plan, without interference from the welfare bureaucracy.

"The people that are supposed to be helping you," she said, "they're more trying to keep you where you are."

Many youth and immigrants remain far outside the workforce loop.

The Center for an Urban Future's study found a lack of funding for services aimed at so-called "disconnected youth," who are both out of school and jobless. Research shows that young people without work or educational credentials face chronic economic troubles later in life. Yet the center found that career-oriented services have reached only a tiny fraction of the approximately 200,000 youth in need. On top of recent deep funding cuts for youth employment services, the study cited weak coordination between youth workforce programs, managed by the Department of Youth and Community Development, and adult programs under Small Business Services.

Meanwhile, language and culture gaps isolate many immigrants from rapidly growing areas of the economy, according to Pearl Chin, executive director of the Chinatown Manpower Project, which provides training services to immigrants. To match immigrants' needs and abilities, Chinatown Manpower's training tends to concentrate on entry-level jobs in the community -- often small-scale operations with low wages and no benefits.

"A lot of times, we just have to get them in there, just so that they can work and pay the bills and feed their family," Chin said. Now, she added, facing funding cuts and an impending recession, "we cannot even continue to train and place people in those jobs that are so important to their basic survival."

So how successful are workforce programs? It depends on how you define success. The federal Workforce Investment Act sets guidelines for evaluating programs based on the number of job placements and employment retention. But critics argue these measures tend to ignore individual progress in terms of career advancement and education.

Chin said the current workforce funding structure hinders service providers from offering immigrants the sustained support they need to move toward self-sufficiency. After they initially graduate from the program, she said, "we want that ability to get them back in and train them in additional skills or English, so that we can place them in a better job, because now they have experience. We don't have the means or the flexibility to offer that additional training."

Reform advocates also want to see tighter coordination within the workforce infrastructure. Currently, agencies serving businesses, welfare recipients and youth all have workforce-related initiatives, but generally operate separately and wrestle with their own budget issues.

The city acknowledges its work is far from finished. Small Business Services is now exploring new performance measures that consider issues such as job quality and advancement opportunities. And the mayor's interagency Center for Economic Opportunity has promised to address structural employment barriers more broadly through social supports and training initiatives.

Alssid of the Workforce Strategy Center said that while the recent reforms are a promising start, the creation of a comprehensive workforce system hinges on whether the next administration can push agencies and community stakeholders to cooperate effectively.

"Ultimately," he said, "what's needed is a negotiation among all of the key actors in the city-the youth-serving agencies, the adult-serving agencies, the community colleges and so on. What can we all do together to really move large numbers of people out of poverty and into family-sustaining careers?"