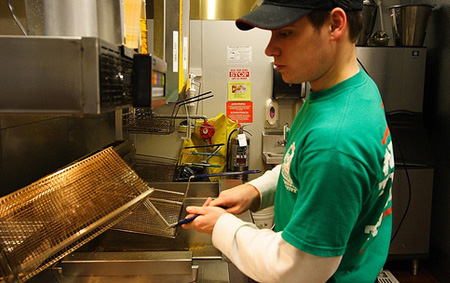 First came Kingsbridge: A highly unusual vote at the City Council, which shattered an approximately $300 million proposal from the Related Companies to morph a Bronx armory into a mall.

Then came the Queens Center Mall: A call to beef up wages at one of the city's largest shopping centers.

Now, City Council members, armed with support from some of the largest unions, are eyeing an even bigger challenge: Requiring living wages at all developments, organizations or corporations that receive some sort of city subsidy or assistance.

"The way we've been doing business in the city of New York has at the end of the day not benefited people in low income communities," said Councilmember Annabel Palma, one of the main sponsors of the proposal, which will be introduced at the council soon. "The least we can do is make sure we can protect the workforce and make it viable for people to stay in their community."

But despite the recent "victory" in the Bronx and the momentum some officials say it brings, a poll by Gotham Gazette found only 21 council members are ready to officially sign onto such a sweeping proposal. In order for a bill to pass, it needs 26 votes. To override a veto, which looms for this legislation, the council would need 34 votes.

To see where your member stands, go here.

Even though the City Council overwhelmingly defeated the Kingsbridge Armory project, many members say any further movement on the living wage issue is far from a fait accompli.

In December, the council delivered an unprecedented defeat to the Bloomberg administration. The disapproval of the Kingsbridge Armory project, which supporters say would have brought 2,200 jobs to the northern Bronx, not only set the Bloomberg administration's economic development agenda back, but it also assured some of the city's progressive circles that the council was ready to take up a broader living wage policy.

In Kingsbridge, the council, developer and administration debated a requirement to compel mall tenants -- from Cinnabon to Lane Bryant -- to pay workers a living wage. In the Bronx, the average annual wage for a worker in clothing and accessories stores was $17,313 in 2008 -- or $8.32 an hour based on a 40 hour work week, according to the Drum Major Institute. A living wage in New York is $10 an hour plus benefits, according to the city. Without benefits, it's $11.50 an hour.

The project would have received at least $18 million in tax breaks if it had been approved, say supporters of a living wage. Those breaks were in addition to an approximately 75 percent discount the city agreed to give Related to purchase the armory. Given all this taxpayer money, opponents of the development argued the community and its workforce deserved some benefits.

And they convinced the City Council.

And now the council is preparing to deal with the wage issue again -- but on a much grander scale. The bill slated for introduction this session would require any company, organization or developer who receives more than $10,000 annually of "city assistance," which can cover tax breaks, financing, grants and energy cost allocations, to pay a living wage to all employees on the property. As originally drafted, the bill would apply to recipients of the council's discretionary dollars as well as developers getting million dollar tax breaks for gargantuan, mixed use developments.

The legislation could effectively catch the vast majority of those entities that contract with the city, including arts organizations, developers and social service providers. Most importantly, say supporters, the legislation would go beyond the workers employed by a developer to include all those who work for the developer's tenants.

Councilmember Oliver Koppell, the proposal's prime sponsor, said supporters are still studying which entities and what kind of city assistance would be included in the final version of the legislation. But, he said, he wants to ensure those that directly and indirectly benefit from city subsidies are included.

"There is no question we are going to introduce a bill that will go as far as we can possibly go," said Koppell.

In a supporter's view, if a group is willing to take assistance from the city, it should be willing to pay for it.

"We can no longer ignore the needs of low wage workers in this city," said Stuart Appelbaum, the president of the Retail, Wholesale and Department Store Union, the most vocal labor group on living wages. "What's important now is there be a real debate on whether or not development creates jobs that are good, or if it's going to create jobs that keep people in poverty."

Detractors point to a floundering economy and sickly job market, arguing it's the worst time to put more restrictions on economic development.

Any job is a good job, say council members who oppose the proposal.

"There is a minimum wage for a reason," said Republican Councilmember Dan Halloran of Queens. "We have a free market economy for a reason... (The proposal) puts so much restrictions on our entrepreneurial spirit."

Even beyond the state of the economy, business leaders question whether the city should be meddling in private industries.

"What's not rational is suggesting somehow that every business tenant of a publicly subsidized project would be subject to an arbitrary wage requirement that they weren't party to negotiate. You would cripple the projects we are trying to do to stimulate the economy," said Kathryn Wylde, the president and chief executive officer of the Partnership for New York City. "I don't think the living wage requirement belongs in municipal legislation. Our focus should be picking projects we want to subsidize that bring good jobs."

During the Kingsbridge debate, Mayor Michael Bloomberg struck a similar note, saying it was best to let the market set wages. "I know the desire people have, but the reality is that the city is not in the business of guaranteeing people's wages, and in private development, we shouldn't be," the mayor said.

Back in 2002, Bloomberg signed legislation to require a living wage for all home health care and childcare workers that contract with the city. At the time, officials and organizations balked at expanding it to other city contractors -- the same ones this latest bill would affect -- because many nonprofit groups said they couldn't afford it.

Efforts to go further into the private marketplace are likely to erode more support among council members and the administration.

At least 19 council members remain undecided on the most recent proposal. Many of them said they support living wages in principle, but have yet to take a close look at the bill. Others are torn between creating good jobs or possibly stifling them altogether.

"I am kind of concerned that we will ultimately kill jobs," said Councilmember Lewis Fidler, who hasn't taken a position on the proposal. "Would you support jobs that may not be good paying, but that wouldn't exist otherwise?"

Others, like Paul Sonn, the legal co-director of the National Employment Law Project, disagree. In New York City, Sonn said, it has become an industry standard to pay building service operators at large development projects a living wage.

"Is it more realistic for building services and not for retail? I think the answer is the city's living wage is set at a pretty moderate level," said Sonn. "You're going to have to pick and choose what sort of tenants you are bringing in. They understand that in L.A. That's what is expected of developers now."

At the beginning of Bloomberg's tenure in City Hall, a living wage movement was sweeping across the country.

Now that he is in his final term (presumably) that movement is picking up again, but the more recent proposals are targeted specifically to economic development. In the last month, both Pittsburgh and Chicago have attempted to adopt some living wage law aimed at developers that receive city subsidies.

About 200 cities have adopted some sort of living wage ordinance. Many target certain workers, like home health care aides.

In Pittsburgh, the City Council approved a bill that would have guaranteed all hotel, cafeteria and building maintenance employees at city subsidized projects a prevailing wage -- the standard wage for the industry.

Meanwhile, the Chicago City Council and its mayor are heatedly debating an ordinance that would require living wages for stores with more than 50 employees that receive city subsidies.

Paxton said the agency has recently considered holding on to more of its land, so it can have more of a say on what wages are paid at what projects. Many California airports also have picked up living wage practices, said Sonn.

To some, New York is already behind other major metropolitan areas in setting higher wage standards. San Francisco and Santa Fe have gone beyond state limits and set their own minimum wage. Workers in San Francisco make $9.79 an hour no matter what work they do.