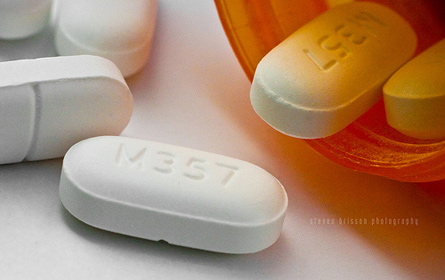 (For an update with more details on the new bill, see A Right to Be Sick in The Wonkster.)

Get ready to push replay on the debate over paid sick leave.

On the heels of the approval of health care reform in Washington, dozens of members of the City Council are introducing a bill today that would require paid sick leave at thousands of city businesses, supporters said.

The bill, sponsored by Councilmember Gale Brewer, was originally introduced in August 2009, but failed to come to the floor during the last session. Supporters, including the increasingly influential Working Families Party, now say they hope their work during last year's campaign season, electing a more "progressive" City Council, will pay off.

The changes, supporters said, came in response to criticism from small business advocates and the Bloomberg administration.

Brewer, who called the bill "great," declined to discuss the specifics of the legislation on Wednesday, holding off until its official introduction today.

But even with the revisions, supporters have an uphill battle.

Even though about 34 council members have signed onto the bill, according to one estimate, the city's business leaders contend a sick leave requirement for every New York City employer would cost too much.

"We're certainly thankful that the council took into consideration some of the business community's concerns," said Carl Hum, president of the Brooklyn Chamber of Commerce -- one member of a business coalition fighting the paid sick time bill. "But there is still a fundamental principle that hasn't been addressed: How are we going to pay for this?"

But according to an estimate from 2009 by the Institute for Women's Policy Research, the sick leave policy would cost about $332 million annually -- just 4 percent of the opponents' estimate. Day to day costs for businesses are also defrayed from reduced employee turnover and the decreased spread of disease, according to the institute.

Supporters, who put the number of city workers without paid sick time at about 1.8 million, say it's safer and more cost effective to keep sick employees out of the workplace than in it.

"It doesn’t mean they are going to take all the paid sick days," said Julissa Bisono, the workplace justice organizer at advocacy group, Make the Road New York. "This is not only a privilege, it is a right," she added.

As drafted last year, the bill would also allow employees to take sick time if they were a victim of domestic violence and to care for a family member.

The move to mandate paid sick leave in New York City was propelled last year by the fear of the spread of swine flu.

But New York is not the only city to consider the policy. San Francisco enacted a paid sick leave law in 2006, and Washington D.C. followed shortly thereafter. Milwaukee approved paid sick leave via referendum in 2008, though the matter has been contested and is currently before its state Supreme Court.

Hum of the Brooklyn Chamber of Commerce said if the council decided paid sick leave was a "moral imperative," the city should figure out how to pay for it. Hum, who said the coalition wants to work with the council, suggested employees chip in for their time off. Or, he added, the city could create a business tax credit to offset its cost.

"Businesses know how to create benefit packages," said Hum. "Businesses should be given the freedom or flexibility."

Neither the mayor nor the speaker of the City Council, Christine Quinn, have endorsed the proposal. A mayoral spokesperson said the Bloomberg administration is still discussing the bill with the council and therefore couldn't comment.

A spokesperson for Quinn said in an e-mail yesterday that the speaker would not take a position until the bill was formally introduced and referred to committee. Quinn never took a position on last year's legislation.

Even with the dissent, supporters say the City Council is different than last year. It has 13 new members, many of whom galloped into office thanks to the support of the Working Families Party -- one of the most vocal supporters of paid sick time.

"We are cautiously optimistic," said Dan Levitan, a spokesperson for the Working Families Party.

And just this week, the council established a progressive caucus, and one of its first priorities is getting the paid sick leave bill approved.

"It's exactly the kind of legislation that we hope to support," said Councilmember Brad Lander, who is one of the leaders of the new caucus.