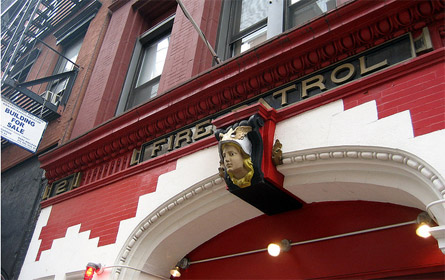 The Bloomberg administration released $1.6 billion in proposed budget cuts Thursday that could force lower-income families to pay more for childcare, shut down 20 fire companies at night and reduce the city's workforce by more than 10,000 employees.

The budget reductions were part of an unusual mid-year plan meant to preempt a dismal fiscal outlook next year, said Deputy Mayor Stephen Goldsmith. Beyond the budget revisions announced Thursday, the city still faces a $2.4 billion gap in fiscal year 2012, which starts in July.

"This is really just preparation for a much, much, much more difficult situation in 2012," said Goldsmith, who attributes the city's budget gap to out of control pensions costs. "There are teachers that don’t have their jobs. There are firefighters that are going to have station closings or company closings at night. There are police officers that we would like to hire, which we can't do, because we have this huge pension obligation."

The unusual circumstances and gloomy economic projections, however, did not silence the City Council. Just an hour after the administration released its plan, Council Speaker Christine Quinn stood ready to attack pieces of it.

"CUNY, libraries, after-school programs, those are services that our middle class utilizes every day," Council Speaker Christine Quinn said from her temporary offices across Broadway from City Hall. "We are going to have a voice in what happens," Quinn said.

The council must still determine how it plans to do that. Due to the nuances of the City Charter, the city's legislature is not required to vote on budget revisions unless the administration actually increases spending -- that increase could be as minor as shifting a small amount of money from one agency to another.

The mayor, according to the charter, may cut at will regardless of the council's position.

The Cuts Up Close

Yesterday's cuts are the ninth round of budget reductions in the last three years.

But both officials and watchdogs see the slashes as a necessary evil.

"I think it's a responsible plan," said Carol Kellermann, president of the Citizens Budget Commission. "There will be serious cuts [to the city] like there were last year in the state budget. The mayor is right to try to be prepared."

Over the next 18 months, Mayor Michael Bloomberg has proposed to cut 6,166 teachers at the Department of Education, two thirds of whom would be laid off.

He has proposed to reduce library service by one day and plans on cutting more than 550 positions from the Administration for Children's Services, including some child protective specialist supervisors. This comes just weeks after the Brooklyn district attorney announced an investigation into the death of a 4-year-old Brooklyn girl who had been under ACS watch.

Those cuts in particular caught the attention of advocates.

"We worry that this is the ninth time that we have cut services for children and families," said Stephanie Gendell, associate executive director for policy and public affairs at the Citizens' Committee for Children of New York. "We are worried about the impact on child safety and well being."

The mayor also wants to eliminate 350 civilian positions, through attrition, at the Police Department and increase parking meter rates by at least 20 percent across the city.

At night, staff at 20 fire companies could be reassigned -- effectively shutting down an engine or ladder during those hours. The administration plans to eliminate 15 percent of security guards at city-operated homeless shelters and convert vacant property into privately operated parking lots.

It also proposed to eliminate 2,140 youth summer jobs and reduce after-school care on holidays. The Department of Health and Mental Hygiene will close two tuberculosis clinics and eliminate funding for two school-based health care centers. Even meals at Rikers Island will be thinner -- inmates will receive six slices of bread a day instead of eight.

Several agencies, including the parks, transportation and health departments, plan on negotiating with unions to institute furloughs to save cash.

Overall, about 10,300 employees could lose their jobs, 60 percent of them through layoffs.

The budget modification does not include any new taxes, but it does have fee increases, such as at parking meters.

Quinn said the council recognizes cuts have to be made. But it's a matter of where you make them.

Already, council members are attacking the proposed library cuts, summer youth employment reductions, the slashes at the Administration for Children's Services and at the City University of New York as well as the potential nighttime company closures at the Fire Department. The speaker also took issue with cuts to case management programs for seniors.

Many of these cuts are in programs that consistently place at the top of the council's budget priorities. Year after year, the administration has cut them.

In a normal budget cycle, the council would have its own pot of money to restore its favorite causes. Because these budget cuts are mid-year, the council is left with little more than its voice.

Quinn said the council would propose alternatives and hold a series of hearings on the proposals in December.

Nonetheless, much of this could be moot if the Bloomberg administration doesn't increase funding in a certain area, triggering a council vote. If no increase occurs, Quinn said, the council would use its bully pulpit to try to do away with some of the proposed slashes.

We will see if Bloomberg administration listens.