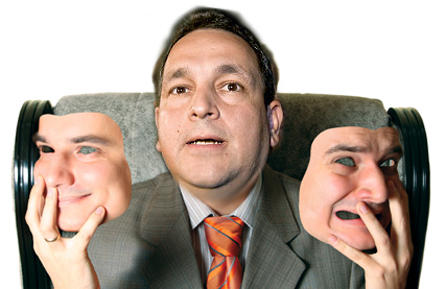 On Tuesday, voters of the 13th State Senate district in Queens will decide whether Hiram Monserrate deserves a second chance.

Expelled from the Senate after he was found guilty of misdemeanor assault on his girlfriend, Monserrate hopes to reclaim his seat in the March 16 special election. Assemblymember JosĂ© Peralta, candidate of both the Democratic and Working Families Parties, has mounted his own campaign to move into the Senate.

Republican candidate, Robert Beltrani also has thrown his hat into the ring, but is viewed as a long shot in the heavily Democratic district.

Both Peralta and Monserrate were raised in the same borough, attended the same college, and until a month ago, belonged to the same party. Despite these similarities, the candidates' campaigns have clashed over their most notable difference, same-sex marriage.

Hoping to galvanize the district's religious Latino population, Monserrate, running as an independent on the independent "Yes We Can" ticket, has focused most of his campaign on opposing same-sex marriage. He emphasizes that as a member of the Assembly Peralta, voted three times to legalize same-sex marriage. Peralta's record on this issue has garnered him the support of gay advocacy groups.

In some of the district's churches, Monserrate supporters have handed out flyers calling Peralta a "gay caballero," and saying he is supported by "a group of mega rich gay fanatics dedicated to destroying our way of life and creating same sex marriage."

Empire State Pride Agenda, a gay advocacy group, had once supported Monserrate, but charges the senator reneged on a promise he made to support gay marriage. Just six days after Monserrate joined 30 Republicans and seven Democrats in the State Senate to reject a bill legalizing same-sex marriage, the Pride Agenda endorsed Peralta.

"His record on LGBT issues demonstrates that he does not duck and run when our bills come up for a vote," Allen Van Capelle, then the executive director of Empire Pride, said in a statement. "He has stood up for us in the Assembly, and we will stand with him in his race for the State Senate."

"Same-sex marriage is about equality, justice, and civil rights," Peralta said. "Here we have a group of individuals that want equality. They want the same life every other couple can have."

Fight Back NY, an organization that seeks to defeat state senators who voted against same sex marriage, has stepped up its campaign against Monserrate. In its latest leaflet, it accuses him of steering public money to a now defunct Queens non-profit, with which he has close ties. Jackson Heights is home to one of the city’s largest gay communities. Last year, the community elected Daniel Dromm, an openly gay politician, to the City Council.

Though same sex marriage will likely motivate a higher then usual turnout in this special election, held to fill the vacancy created by Monserrate's expulsion, residents of this diverse, densely populated district have other concerns, perhaps most notably education. According to education officials, in 2009, 42 percent of students in Queens attended over-crowded schools. This year, the congested schools of the 13th district will expect little relief.

As the state looks to fill a $9 billion budget gap, education finds itself on the chopping block. Gov. David Paterson’s 2010-11 state budget proposes a 5 percent, or $1. 1 billion cut to school funding, a move Mayor Michael Bloomberg says would put 8,500 teachers out of work.

PS 19 in the most overcrowded school in the nation per capita," said Peralta. If elected, Peralta said he would keep cuts to a "bare minimum" and build the district four new schools when funding becomes available.

"Education is just one of those issues that should be very sacred, because it's an investment for our future," Peralta said.

In the past, Monserrate supported the construction of two new schools in the district. "Education has been at the forefront of Hiram's agenda since his inauguration," Monserrate's 2008 Senate campaign website said. "Within the past years, he has allocated funding for two schools, a new elementary and high school to alleviate the overcrowding that has plagued the Corona public school system."

During that campaign -- his first for State Senate -- Monserrate said, "As your state senator I want to improve education very simply: more funding, more teachers, and more classrooms."

Republican candidate Robert Beltrani disagrees. "The answer to the education problem is not new money," he said. "Per capita we spend more on education than anywhere in the world. We're just not doing it right."

Beltrani advocates more oversight of school spending and "increased competition and accountability of administrators and teachers."

As the district's schools are crowded, so are the community's emergency rooms. With only one hospital left in the district, health care appears to be in short supply. After the closing of St. John's and Mary Immaculate hospitals last year, residents of the 13th district were left with only Elmhurst Hospital Center.

"The emergency rooms at the hospitals that have stayed open, are over burdened," Nisha Agarwal, the director of the Health Justice Program with the New York Lawyers for the Public Interest, said.

"We've been hit very hard with the closing of two hospitals in the area," Peralta admits. He has made health care a central issue of his campaign, pledging to resist further hospital closings.

The community faces an array of health needs. According to the New York Department of Health and Mental Hygiene, in 2008, the tuberculosis rate in West Queens, which includes Corona, Elmhurst, Jackson Heights, Woodside, and Maspeth, rose to 25.8 cases per 100,000, more than twice the city average and five times the national rate.

A year earlier, the health department released a report that concluded, "One third of adults in West Queens do not have a primary health care provider ...the highest percent of adults without health insurance among all 42 NYC neighborhoods."

The high rate of both TB and uninsured people has been attributed at least partly to the area's large immigrant populations.

While in the Senate, Monserrate sponsored a bill to make health care more accessible for non-English speakers, a measure designed to benefit his district's residents, many of whom have immigrated from China, Korea, India, and Latin America.

These immigrants, who live in the diverse neighborhoods of Jackson Heights, Corona, and East Elmhurst, confront a number of other challenges as well, and will be key to the outcome of the election.

"Some of the issues that immigrants care about are access to fair and dignified jobs, services, health care and transportation," said Valeria Treves, the executive director of New Immigrant Community Empowerment, a non-profit that works to expand the economic opportunities afforded to new immigrants.

Treves is particularly concerned with the job scams and exploitation many immigrants fall victim to. "Most immigrants are not being paid a fair wage in our community," she said. Treves supports the creation of a day labor center in the Jackson Heights/Woodside area. "By having a center where we can match workers to employers we can cut down on some of the exploitation suffered by many day laborers," Treves said.

"Democrats, Republicans, independents, it doesn’t matter as long as he's doing what's best for his community," Diaz said, "Giving the foreign workers the protection they need, the representation they deserve."

From 2002 to 2005, Monserrate served as co-chair of the Black, Latino, and Asian Caucus while in the City Council. He has worked to provide translation services in New York schools, hospitals, and courtrooms and sponsored legislation strengthening wage and consumer protections.

Peralta, a first-generation Dominican-American, endorsed legislation that would make state services more accessible to non-English speaking immigrants. Peralta sponsored bills that provide language assistance services at state agencies and require public health information to be printed in multiple languages. He also served as the director for the Commission on the Dignity for Immigrants, and as a member of the Dominican American society.

Immigrants, he said, should have "protection from scam artists who try to take their money, [and] travel agencies who exploit them.” He added, it is important for immigrant to be safe on the streets and build relationships with police officers.

Beltrani offered few specifics, but said he would cut taxes for the district's small businesses that were affected by the recession. This, he said, would allow owners to expand and hire new employees.