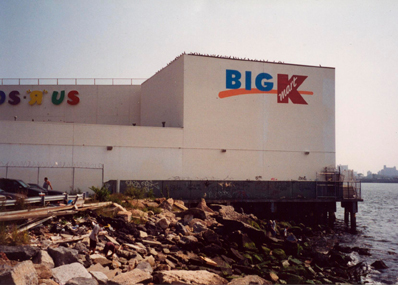 Just as the waterfront is coming into focus for many people, the vision of a Big Box store on the bank of Erie Basin in Red Hook, Brooklyn is evoking grave concern in one of New York's last maritime communities. A windswept swath of asphalt where a drydock should be, traffic clogging neighborhood streets, gigantic bags of dog food, cat litter, or laundry detergent blocking sight lines, the all-too-familiar chorus of car horns... Get ready, New York - IKEA is coming!

IKEA is the Swedish purveyor of contemporary classic furniture, like natural-finished wall units and kitchen tables, with huge stores mostly in the suburbs. The potential arrival of an IKEA on Erie Basin will change even more radically a rapidly-changing neighborhood that stretches between the blue-collar Gowanus Canal and the Pioneers of "Liberty Heights." 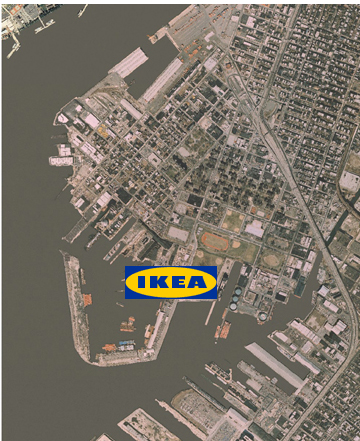 This will be only the latest Big Box store on the New York waterfront. Big Boxes started springing up nearly 30 years ago, with the opening of a new Macy's at the King's Plaza Shopping Center. Today you can find more than a dozen Big Boxes along the waterways, each instance of which poses challenges to neighborhood residents, city planners, and economic development agencies.

"The traffic in itself creates a whole host of other issues," said John McGettrick of the Red Hook Civic Association, pointing out that the site of the proposed IKEA is on New York State's Open Space Acquisition list. "With up to 10,000 vehicles per day we risk degradation of the quality of the park space by trying to stuff thousands of vehicles down this local street."

The concerns relating to the proposed IKEA are larger in scope than the length of the line of Volvo station wagons waiting to make the turn off Columbia Street. At issue in this now decades-old struggle is the fact that Big Boxes are not only anti-Mom-and-Pop, but that the sheer scale of these stores are wholly anti-urban.

To see this in reality one only need walk or bicycle along the Shore Parkway toward Coney Island, where the esplanade is swallowed up by a Toys R' Us parking lot. All of a sudden dramatic views of Lower New York Bay are subsumed by the vista of a loading dock. 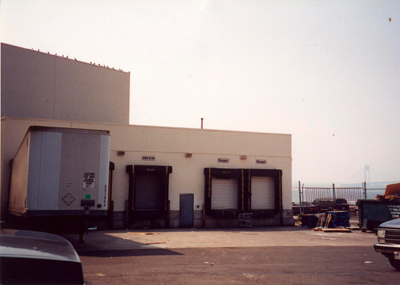 The physical size of Big Boxes makes them an awkward fit in almost any urban site, much less a maritime hub such as Erie Basin. With this concern in mind, the Park Slope Civic Council has asked the Department of City Planning to "consider alternate sites for the IKEA store."

Perhaps the greatest concern with the Erie-Ikea proposal is that it plucks the tension wire between the seemingly immovable post of waterfront industrial neglect and the irresistible cannonball of gentrification.

Erie Basin is homeport to the Hughes Brothers Barge Basin, the largest concentration of hulking open-topped containers that carry bulk cargo like oil or gravel up and down the waterways, relieving city bridges and tunnels of millions of pounds of wear and tear each year. A new arrival in the Basin is New York Water Taxi's svelte yellow boats, who now call Red Hook their home port.

To some it's a deja-vu all over again. It was only two years ago that IKEA was seeking to build a new facility on the east side of the Gowanus Canal at the former US Postal Facility on 9th Street. That proposal died under the weight of traffic concerns and the same Mom-and-Pop defensive stance that has met similar proposals for 30 years

"It's tough," said one local economic development official, speaking anonymously since their organization has not yet reviewed the IKEA idea, "they are talking about a significant number of jobs - maybe 300-400. As much as 60 percent might be full-time, with good benefits including tuition assistance and dental. Half of our constituency is working people from Red Hook." 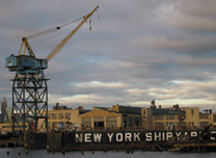 And the Big Box game goes on. No proposal has yet been filed with the Department of City Planning, who will have to decide whether to re-zone the parcel from heavy to light manufacturing to accommodate the Big Swedish Box. Councilmember Sara Gonzalez is brokering a meeting in the next couple of weeks to discuss IKEA and neighborhood concerns.

For now, you'd be better off just shopping by catalog.

Carter Craft, an urban planner, is program director of the Metropolitan Waterfront Alliance