After almost ten years of living in New York City, Kritsada Hancheewasin, 29, thought he finally hit the jackpot: a rent stabilized apartment in the West Village. It was, in his mind, at the center of everything. But he quickly learned what that meant: round the clock car honking, loud garbage trucks, drunken serenades and early morning construction.

"I have a hard time sleeping at night," he said. 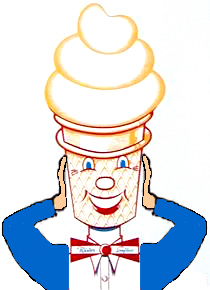 Most New Yorkers seem to think that the city is too loud. The non-emergency number, 311, receives roughly 1,000 calls about noise each day. Mayor Michael Bloomberg recently said that noise is the number one quality-of-life complaint in New York City.

To combat the noise problem, the Bloomberg administration has announced a plan to overhaul the noise code for the first time in more than 30 years. Unlike the vague language of noise codes in the past, the new ordinance's targets are more specific, including construction noise and nightclub music, but also Mr. Softee ice cream truck jingles and even barking dogs.

"Most complaints about noise are not frivolous," said Bloomberg. "Our goal is to turn down the volume of noise complaints, while at the same time allowing construction, entertainment, and other business activities to go on in ways that are not as disruptive to New Yorkers."

While everybody seems to have a horror story about noise, many New Yorkers remain skeptical of the mayor's proposal, doubtful whether the law can be enforced effectively. Some say that the citywide plan will not help much to solve problems so neighborhood-specific as noise. Councilmember Gale Brewer says local officials and community board members should be allowed to do more to help curb noise level. (See "Using 311 To Combat Neighborhood Noise" by Gale Brewer.) Others, such as Fred Goodman writing in New York Magazine, wonder why the proposed code says so little about the "big boys" of noise, "especially the airplanes and trains that plague the outer boroughs. Just ask somebody who's suffering through a ball game at Shea while La Guardia's flights roar overhead if he's concerned about how loud Mister Softee is, and you'll see why Bloomberg is often seen as out of touch."

WHAT IS TOO LOUD?

If you have to raise your voice while speaking to someone three feet away from you, then your immediate environment could be hazardous to your health, according to the Council on the Environment of New York City.

A normal conversation usually registers at about 60 decibels, according to the National Institute for Occupational Safety and Health. (Every ten decibels higher, the noise seems twice as loud). Exposure to noise at 85 decibels -- roughly the sound of a noisy restaurant -- for more than eight hours could damage a person's hearing. Noise levels above 140 decibels â€“ the sound of an airplane taking off -- can cause damage to hearing after just one exposure. A sound of a dog barking, depending on your location, could be as loud as 100 decibels.

One of the controversial measures of Bloomberg's new plan is that dog owners will be fined as much as $175 if their dogs bark for more than five minutes at night and 10 minutes during the day. Penalties for noise violations range from $45 to $25,000.

"This is out of control," Miriam Prussman, a dog owner, told the New York Post. "What is he going to do? Restrict dogs from having vocal cords?"

Other dog owners disagree. "If you can't stop your dog from barking in five minutes, then you probably deserve to be fined, "said Hancheewasin, who owns a Shih Tzu.

New Yorkers also puzzled over the regulation that would require the Mister Softee ice cream truck to replace its repeating jingle with manually operated bells by 2006.

"As for ice cream trucks, who doesn't love them?" said Bloomberg, but last month alone, he added, the city received 243 complaints about them.

"While Mister Softie is not terrible,hearing the song over and over again at 9:30 p.m. is a problem," agreed Chris Boyd from Queens,one of dozens of New Yorkers from throughout the city writing in response to our question "What is the greatest source of noise in your neighborhood?" on the Community Gazettes. [Scroll down to the bottom of the page for all the answers]

Hilliary Guishard, manager of the Mister Softee depot in Carroll Gardens worried about her job prospect. "If there is no jingle, there is no business," she said. "I would invite the mayor to ride in a truck for a day. We can use a bell, we can use the jingle, and he can see the difference." (See "Mister Softee and the Sound of Gentrification in Carroll Gardens" by Nuriel Adler)

Before the most recent proposed regulations, Mayor Bloomberg had announced a more modest effort in October, 2002 that he called Operation Silent Night, an initiative to curb noise level in 24 targeted neighborhoods. Since then, the operation has yielded almost 40,000 summonses. But noise complaints were still on the rise in many of the designated areas, such as Westchester Avenue in the Bronx. (See The Roar of the Crowd in Soundview by Khadijah Rentas). The new plan will cover every neighborhood in the city.

"We knew all along that Silent Night was only a band-aid to a serious problem," Bloomberg said.

The new noise code, for example, has tougher and more specific regulations on noise from air conditioners and construction.

The current code has a standard for an air conditioning unit of 45 decibels. But it has been interpreted to apply to a single unit. This allows people to cluster multiple units generating noise far higher than 45 decibels without violating the law. The new regulations close this loophole.

Kelly Grigsby from Hell's Kitchen agreed."[The construction] starts at 7 a.m.on weekday mornings and 9 am on Saturdays. It wakes me up before I need to get up."

The new plan requires construction projects to be curtailed on weekends and at nights. It also establishes "noise management plans" that include portable sound barriers and noise jackets for jackhammers at all construction sites.

But by far, the majority of noise complaint calls to 311 involve partying neighbors and blasting music from bars and clubs.

This type of complaint is far from new. In the 17th century wealthy Dutch New Yorkers complained of "sea-shanty singing drunks carousing along the docks," according to the Washington Post.

"The noise from patrons to and from neighborhood clubs is by far the largest sources of noise in my neighborhood," said Kathy K. "Clubs need to assume some responsibility for the impact that their patrons have when exitingâ€¦ Although I am happy to see people share the joy of music and dance, it was not appreciated at 4:30 a.m."

Many residents also complained of smokers, who, thanks to Bloomberg's anti-smoking law, flocked outside the bars to have cigarettes and, in a process, took the party to the street.

With the support from the New York Nightlife Association, the new law will allow club owners to fix the noise problem instead of paying a $3,000 fine for the first violation. "They can use the money they would have to pay in fines to instead fix their noise problem, which might mean installing more noise-proof insulation," Bloomberg said.

Vibration or "bass level," which cannot be captured by conventional decibel scale, will also be subject to the new law.

Some people have questioned how police officers are going to enforce this new law. What happens if the dog stops barking by the time the police gets to the scene? Do dog owners have to turn themselves in?

In the past police officers have had to use the hand-held decibel meter to issue summonses for noise violations. This is a problem because the meter itself often needs calibration and has a margin of error of plus or minus three decibels. Many officers don't often have meters readily available and don't even know how to use them.

Under this new law, cops only have to use their ears to issue summonses using the "plainly audible" standard or, in another words, common sense.

Some argue that noise, by nature, is subjective.

Police Officer Kenneth Zorn, director of Community Affairs for the 106th precinct, said his precinct receives up to 30 noise complaints a night from 6 p.m. Friday to 2 a.m. Monday. Most callers complained about parties that at times can go on for two to three days.

"What's loud to one person may not be loud to another," said Officer Zorn.

MORE CAN BE DONE

Even with these restrictions, some argued that Bloomberg's plan doesn't cover enough. Just weeks after the mayor's announcement, the city council criticized his plan for failing to offer new limitations on the source of car alarms.

"With this legislation in the press, I decided to count this last weekend how many times a car alarm went off around my house," said Boyd. "I stopped counting at 35 separate car alarms."

More importantly, critics argue, noise is very specific to individual neighborhoods, and the mayor's plan leaves out many communities.

"Stopping ice cream trucks from playing their jingles and barking dogs is not exactly the problem in the middle of Manhattan," said Martha Vladymir.

That is why City Councilmember Gale Brewer has drafted legislation that would require the city to provide information from 311 to local officials.

"The city's 311 system provides only city or borough-wide data, which hides evidence of where local noise problem originate," Brewer said. "The mayor can tell us that noise complaints in Manhattan have increased from 5,000 to 5,050 in one month, but he can't tell us if 50 of those calls are coming from the same raucous bar or even a specific block."

The Bloomberg administration does not support the bill, arguing that it would be too costly.

Fed up with sounds of airplane taking off and landing from JFK airport, residents in Howard Beach, Queens, formed Sane Aviation for Everyone to combat airport noise in 1994. Since then they have been measuring noise level at various locations and found readings louder than officials claim. The group is now asking for funding to correct the noise problem from a new airport lease agreement between the city and Port Authority. (See "Enduring Half a Century of Airport Noise in Howard Beach" by Grace Hernandez).

In the Bronx, members of community board 9 have compiled documentations to try to prove that a local bar in too loud and dangerous to the community.

A city-by-city comparison of decibel levels around the world, New York came at the top at 80 decibels. No wonder some New Yorkers have had it. "Enough already" Boyd said. "Pass the bill and let us have some rest."

But not every New Yorker seems so annoyed about noise.

"I think that if you're going to live in New York City, you should realize that it's not going to be like Kansas," said Mary Anne Syre who works in a restaurant in Greenwich Village. "It's going to be loud." Â