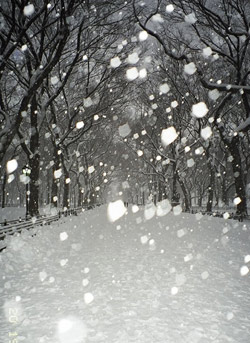 Over the past eight years, federal support for urban parks has largely evaporated. Now parks advocates hope that a new administration with strong city connections will put urban parks back on the agenda.

This would come at a time of increased appreciation for parks in cities. Even as federal dollars for parks have dwindled, a renewed investment in parks and public spaces from city, state and private sources has helped revitalize urban centers. Cities all over the country are realizing that fixing up parks, adding recreation and greening the cityscape not only improves residents' quality of life and the environment, but also attracts business investment and raises real estate values.

Chicago's Mayor Richard Daley has been in the vanguard, but Mayor Michael Bloomberg has also been building a green legacy, adding more than 300 acres of parks and renovating parks and playgrounds throughout the city, continuing the effort to restore parks that was launched by nonprofit conservancies beginning in the 1980s. The Bloomberg administration has spent $1.5 billion in capital funding on parks projects so far, according to parks department spokesman Philip Abramson. New and restored parks and sports fields and the unfurling of parks and greenways along the waterfront have created outdoor recreation and community gathering spots that that make people want to stay in the city to raise their families, instead of dispersing to the suburbs.

The Change in Washington

Two federal programs provide grants for state and local park projects and inner-city park rehabilitation, maintenance and recreation programs: the Land and Water Conservation Fund and the Urban Park and Recreation Recovery Program. During the Bush administration, both received little to none of the total amount Congress was authorized to spend when the legislation passed in the 1970s - $900 million a year for the conservation fund and $725 million over five years for the urban park recovery program.

Now, though, parks advocates see reason for optimism. President-elect Barack Obama is the first president in decades to come from a city, and he has promised to renew efforts to protect the environment. The advocates hope he will begin by including parks in his of proposed economic stimulus package of infrastructure rebuilding and energy projects.

"A lot of people on the Obama team are from Chicago and have seen what the whole investment in green infrastructure did for that city," said Drew Becher, executive director of the New York Restoration Project, which is partnering with the city on its Million Trees project and improving parks in upper Manhattan and the Bronx. "We can take this and make it something on the national scale."

In mid-December, the citywide advocacy group New Yorkers for Parks and a number of city park conservancies and other nonprofit park partners signed a joint letter to the New York State congressional delegation calling for the inclusion of parks in the federal stimulus package.

The letter mentions numerous projects in the city that are fully planned or already under way where work could begin within a few months, as would be required under the plan. These include the Hudson River Park, Brooklyn Bridge Park and the Brooklyn Waterfront Greenway. The New York City parks department reportedly has more than 25 projects, at a cost of $1 billion, ready to be started within 120 days.

PlaNYC 2030, Mayor Bloomberg's blueprint for making the city environmentally and economically sustainable as it grows over the next 25 years, aims to put a park or public plaza within a 10-minute walk of every resident, complete greenways, provide more playing fields and playgrounds, plant a million new trees, and add street plantings and "bluebelts" to help capture stormwater runoff that is polluting the harbor.

The funding for this new wave of green infrastructure remains in place, said Bloomberg spokesman Marc La Vorgna, but last spring revenue shortfalls caused the city to stretch out the current (FY 2009) four-year capital plan to a five-year schedule, which will slow all capital construction, including parks. "We already have a built-in program of projects that could move forward now if we had an infusion of cash," said La Vorgna. "Within that plan, there is a heavy emphasis on parks."

Greening the Country by Greening Cities

Although the Obama team is focused on conservation, energy efficiency and the development of new energy sources, it is not clear whether it is looking at the role of green and livable urban communities as part of its strategy to reduce energy use and curb the greenhouse emissions that cause global warming.

Vehicles burn two thirds of the petroleum used in the United States and produce about a quarter of the country's greenhouse gas emissions. In addition to developing more efficient vehicles, policies and programs that encourage people to live in cities and to cluster suburban development would diminish the consumption of fossil fuels. These would include changing the patterns of where we live and how we commute. Improved mass transit, making communities more pedestrian and bicycle friendly and "smart growth" that encourages clustered development can all play a role.

Another piece is creating and sustaining vibrant cities and cohesive communities -- and the parks and public spaces that help make them that way. Making cities and towns more pedestrian- and bicycle-friendly further reduces their carbon footprints, as does planting trees and other vegetation. Minimizing sprawl also protects other equally vital resources, such as clean water, farmland and wildlife habitat.

Some observers express concern that, in our rush to invest in infrastructure and get people working immediately, we could cast in stone environmentally wasteful development patterns and continue the haphazard 20th century suburban and exurban exodus.

New York Times columnist David Brooks, for one, wrote recently that he feared the stimulus plan would be the federal version of "This Old House," reinforcing the existing sprawl instead of building on the emerging movement to create town centers and meeting places that reverse the isolation and, though he didn't mention it, the unsustainability, of the suburbs.

The Project for Public Spaces, a nonprofit that works to turn public spaces into community places, seconded that concern in a discussion about the proposed infrastructure investment on its forum for a new "placemaking" movement: "There is a disturbing message that this money will be spent overwhelmingly on roads and bridges and a real danger that the (stimulus) plan will retard innovation and entrench us in the past."

Assuming it comes to fruition, the billions of dollars in federal spending will shape the American landscape for the next century. Will it entrench the wasteful consumption of energy, land, water and natural resources or put us on the way toward a more livable and sustainable strategy that will give a real symbolic significance to Obama's acceptance speech in Grant Park?

Anne Schwartz, in charge of the parks topic page since its inception in 1999, is a journalist who specializes in environmental issues.Â