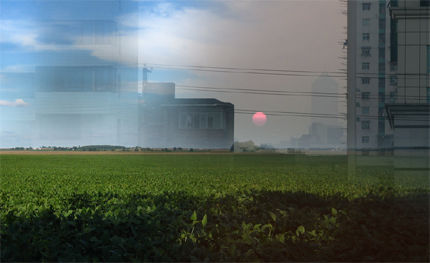 With oil prices at an all time high, a quagmire in Iraq that more than one pundit has attributed to our massive energy appetite and a general consensus on the threat posed by global warming, dumping fossil fuels in favor of "renewable" ones made from domestically grown crops sounds like a win-win situation. In this light, Councilman James Genarro's bioheat bill, which proposes we add vegetable-based biodiesel to traditional diesel heating oil supplies in New York City, appears to be sound policy. Unfortunately, biodiesel has an oft overlooked dirty side and few of its touted benefits hold up under closer scrutiny.

Why a Bioheat Mandate?
Councilmember James Gennaro has represented District 24 in Queens since 2002. He chairs the council's Committee on Environmental Protection.

A million households and thousands of businesses in New York City consume approximately 500 million gallons of high sulfur diesel heating oil annually. Because the sulfur content of fuels is directly related to emissions of fine particulate matter, heating oil ranks as the largest source of particulate matter in the city. Able to penetrate into the deepest portions of the lungs, this particulate matter contributes to premature death from heart and lung disease, cardiac arrhythmias, heart attacks, asthma attacks and bronchitis.

Biodiesel can be refined from a wide variety of vegetable oils and animal fats, but in the U.S. subsidies and tariffs make soybean oil the dominant feedstock. Soybeans may be a renewable resource, but America's industrial-scale farms devour and destroy enormous quantities of non-renewable and irreplaceable resources.

Adding to soybean agriculture's formidable fossil fuel tally, large amounts of natural gas are needed to produce the nitrogen based fertilizers that promote their growth. These fertilizers break down in fields releasing nitrous oxides -- a global warming agent hundreds of times more potent than carbon dioxide. When these fertilizers leach from farm fields they poison drinking water and ravage marine ecosystems. Run-off from Midwestern farm fields ends up in the Gulf of Mexico where it contributes to a New Jersey-size "dead zone" almost entirely absent of marine life.

Making matters worse, the U.S. Department of Agriculture reports that 91 percent of the U.S. soybean acreage planted in 2007 was genetically engineered to tolerate herbicides, a development that has boosted glyphosate herbicide applications several fold. Glyphosate, a powerful weed killer, is the third most common cause of pesticide illness in farm workers and research indicates that exposure is linked to rare cancers, miscarriages and premature births.

If passed, Genarro's bioheat bill will force New Yorkers to consume approximately 100 million gallons of biodiesel annually by 2013. With an average yield of 58 gallons of biodiesel per acre of soybeans, heating our homes and businesses would require approximately 1.7 million acres of soybeans, which in turn, according to figures garnered from a 1998 Department of Energy report, would require:

Soybeans may be green, but growing them is most certainly not.

The U.S. is on track to produce 3.3 billion gallons of biodiesel in 2009 -- a quantity of fuel that would consume nearly every acre of U.S. soybeans, yet meet only 6 percent of our diesel demand. That 6 percent is not going to secure our energy independence, but it will increase greenhouse gas emissions and raise food prices.

Every acre of food diverted for fuel requires that another acre be planted to grow the missing food, and when land is cleared for cultivation, it releases up to 420 times more carbon than the fossil fuels it displaces. Low-income countries offer cheap land and labor, and tropical crops, such as palm, can yield eight times more oil per acre than soybeans. If we continue to mandate the consumption of biodiesel, we will exhaust domestic soybean acreages, and production will then shift to the tropics. An analysis by the Clean Air Task Force finds Europe's appetite for biodiesel is already registering in Indonesia and Malaysia, where thousands of acres of forest have been cleared to make way for palm oil plantations -- destroying wildlife habitat and releasing millions of tons of greenhouse gases in the process.

Switching land from food to fuel also raises food prices. In the U.S., demand for corn based fuels has contributed to a dramatic spike in the price of corn. This is also pushing up the cost of corn-intensive foods such as dairy, eggs and meat, which is pinching New Yorkers pockets. In Mexico, the high price of corn, which threatens the food security of millions living on less than a dollar a day, has sparked widespread protests.

Our Tax Dollars at Work

Hundreds of government programs have been created to support virtually every stage of production and consumption relating to biodiesel. Everyone from soybean farmers to biodiesel distributors get handouts -- compliments of the taxpayer. According to the Global Subsidies Initiative, every year grants, tax breaks, cheap credit and regulatory mandates funnel hundreds of millions of dollars into promoting biodiesel, doling out around $2 for every gallon consumed.

Yet despite these massive subsidies, biodiesel is still not competitively priced against ultra low sulfur diesel. Or at least it wasn't until the recently passed state budget allotted another handout to agribusiness: the bioheat tax credit. Taxpayers should now be prepared to shell out another 20 cents per gallon to subsidize the biodiesel used to heat homes in the state.

Heating our homes with biodiesel would result in serious consequences for our health and the environment. There is no reason why New Yorkers should bear these costs when an easy solution is at hand.

By simply switching to ultra low sulfur diesel heating oil, a fuel standard already mandated for on-road vehicles and New York City ferries, we can dramatically improve the quality of the air we breathe daily while reducing oil consumption and greenhouse gas emissions through improved furnace efficiency. And we can do it without depending on taxpayer subsidized, unsustainable and environmentally destructive biodiesel.