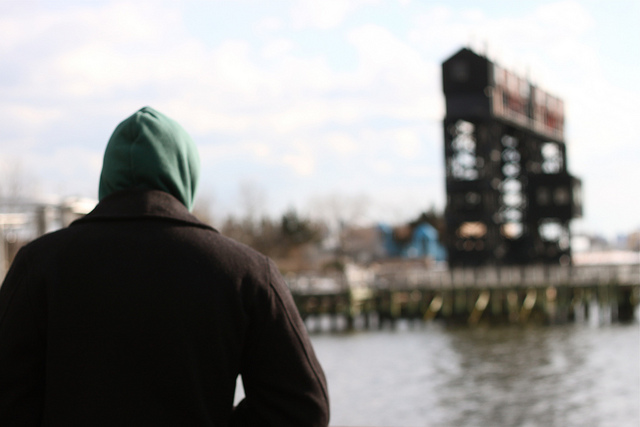 NEW YORK — The destruction along the city's waterfront caused by Superstorm Sandy was a wake-up call about the city's present and future as the ocean surged and whole communities were torn up.

Even so, very little of the discussion churned up by the storm has been translated into actual policies aimed at meeting the challenge of rising sea levels while balancing development and recreation along the coastline.

The Metropolitan Waterfront Alliance, a coalition of over 700 partners, hopes to change that.

Roland Lewis, the executive director of the alliance, said that before Sandy hit, it might have been easy to forget the geographic destiny of the five boroughs. "We were reminded that we are an island people and a coastal city," he said.

His organization hosted a conference yesterday at Hudson River Park's Pier 40 that brought together policymakers, industry officials and activists to talk about how New Yorkers and the coast can prosper together. Six candidates for mayor participated in a forum on a boat moored to the pier, answering questions on topics ranging from ferries to sustainability.

Predictably, given the seriousness of the debate, registration was up from last year with over 600 people expected to attend — about 100 more from the previous year.

The conference, besides bringing together stakeholders of the waterfront to discuss important matters of how to use the coastline for industry and recreation, served as an opportunity to showcase the alliance's "five-point strategy for the restoration, resilience and revitalization of the NYC waterfront."

The platform calls for creating a system of ferries integrated with the transit system and serving as a backup when disaster strikes; setting guidelines for developers to build according to the goals of making structures resilient against storms; exploring ways to enhance use of docks; reinforcing the role of the waterfront in industry; and establishing a Department of Waterfront that would take over for what more than a dozen agencies do.

Lewis said the platform was already in the works when Sandy struck. The alliance had scheduled a conference at the South Street Seaport Museum for Nov. 9 — just days after Sandy pummeled the city. The museum, though, was flooded, and the alliance was forced to move because the venue was washed out. There was an upside to the storm's timing: Sandy forced attention on the waterfront, and the conference attendees were together at the right time to give mutual support and reassess the issues.

"I think these issues would have been high-level and we would have pushed forward, but obviously Sandy has made it a multibillion dollar existential question," Lewis said.

The alliance has a track record of helping to shape debates surrounding the waterfront, Lewis said. He said its 2008 platform helped inform the city's comprehensive waterfront plan, which has been lauded as a national model.

Of the new platform, Lewis said that the alliance's partners don't all agree with the positions, but that there is a "consensus."

"They agree with the general idea of creating a vibrant, resilient waterfront," he said.

One subject left unaddressed in the platform is the question of waterfront communities, and plans being made to offer buyouts to homeowners.

Lewis said that was on purpose. "I think speaking broadly there will obviously be changes in the lives of waterfront communities," he said.

But he said the alliance was waiting to hear what the Bloomberg administration had to say about the matter. The city's Economic Development Corp., is expected to release a study soon.

The mayor, however, has made clear that the city would not pullback from developing the waterfront. Lewis was not as certain. "I'm not sure that's tenable as time goes on," he said. "I think there's going to be a more nuanced view of that."