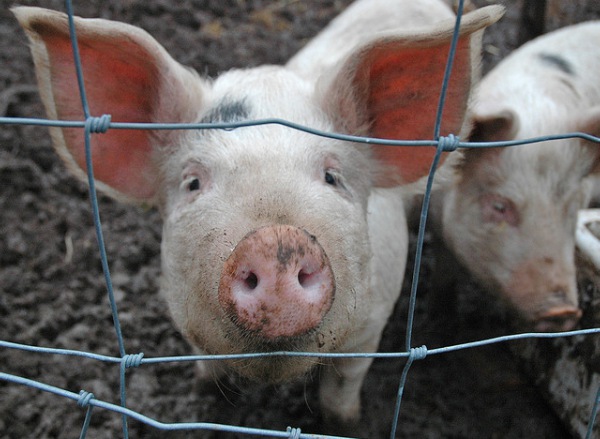 NEW YORK — A nonprofit created by a Republican candidate for mayor is one of dozens of groups slated to get a cut of pork — hundreds of thousands of taxpayer dollars — from the City Council for 2014.

The Doe Fund, founded by mayoral hopeful George McDonald, will receive $545,000 from over half a dozen Council members for programs aimed at helping people who are unemployed or homeless to ease back into the workforce.

Although it is not the first time the organization has received funding from Council members, data released late last week shows the Doe Fund was among the top recipients of this year’s budgeted pork barrel spending.

Organizations across the city benefit from the relatively tiny amount of the multibillion-dollar budget that Council members get to earmark for programs and projects in their districts — typically arts initiatives, parks, senior centers or other efforts that the lawmakers deem worthy of their attention.

But as beneficial as some of the funding can be, the system of determining who gets the money— and how much — has been fodder for complaints about opaque budget proceedings, government mismanagement and political patronage. Corruption of the system has led to investigations and even arrests.

With the city in the midst of an increasingly heated mayoral campaign, how discretionary funding is parceled out has come under increased scrutiny.

A map of discretionary funding totals for 2014. Click on the map to see information on each Council district.

An analysis of publicly available data by the Citizens Union Foundation, publisher of Gotham Gazette, found that $594 million of the 2014 fiscal year’s $70 billion budget approved on Thursday will go toward Council member items. The total analyzed by CUF does not include $57 million identified separately by the Council as “Discretionary Child Care Allocations.”

Of course, some Council members get more of the hog than others. The top three recipients of pork in fiscal year 2014 are:

• Manhattan Councilman Robert Jackson, whose $10.3 million will support among things housing services and local senior programs, as well as a sizable $4.4 million commitment to the City University of New York;

• And Speaker Christine Quinn, who got $10.2 million to support parks in her district, housing developments and a local business improvement district, among other initiatives.

The clear losers were Brooklyn Councilman Vincent Gentile ($3 million), disgraced Councilman Daniel Halloran ($2.2 million) and Brooklyn Councilwoman Diana Reyna ($912,464). Malcolm Sanborn-Hum, a spokesman for Reyna’s office, said the Councilwoman had contributed a little more than $4 million in infrastructure projects that were filed jointly with other Council members. Halloran was arrested earlier this year on allegations he tried to use his discretionary funding for personal gain.

Member items are split among separate accountings that are difficult to parse even for experts. But, essentially, there are two main pots of funding: Expense and capital.

This year, Council members allocated about $46 million in expense spending — down from last year’s $49 million, according to the CUF analysis. These funds usually go to arts and social programs. A pilot legal program named the New York Immigrant Family Unity Program ($500,000), youth and senior service provider Bergen Basin Community Development Corporation ($462,064), Catholic Charities ($460,00) and the Brooklyn Chambers of Commerce ($325,000) received the most expense funds this year.

Capital spending is used for long-term infrastructure projects that include building and maintaining schools, hospitals, parks and other local organizations. The Council allocated almost $548 million in capital projects for the upcoming fiscal year — an increase over last year’s $489 million.

Maria Doulis, director of city studies at the Citizens Budget Commission, said of the line items supporting schools, cultural affairs and green spaces: “It looks very similar to past years in terms of the areas where the members have directed the funding to.”

See the data used in the analysis

The Doe Fund, which reported $49 million in revenue in 2011, has long been a recipient of public money from the Council — as well as from the federal and state government and private donors like Mayor Michael Bloomberg. Last year, the Doe Fund received $460,000 in funds from the expense budget.

McDonald has generally run a campaign focused on his work to combat homelessness and unemployment. McDonald has been described by his campaign as “an outsider” who “sets himself apart from the corrupt and rigged election practices that infects our politics."

McDonald campaign spokesman David Catalfamo, said the candidate is generally “positive” about member items, save for some reforms to make the allocation of money more transparent. “The Doe Fund is living proof that member items can work,” he said, adding that there is a “lack of oversight” of the system for doling out the funds.

The Doe Fund declined to comment on the record.

Queens Councilman James Gennaro was the most generous toward the Doe Fund, earmarking $112,500 for the organization for fiscal year 2014. He has supported the nonprofit since at least 2010.

While a Gennaro spokesman declined to comment on the link between Doe Fund and McDonald, Gennaro did provide a statement supporting the line item, which calls for sanitation services and beautification projects paid for to the nonprofit.

"By working hard to make our neighborhoods look their best, the Doe Fund helps small businesses flourish while acting as a vehicle for people looking to overcome significant life challenges,” Gennaro wrote. “I am proud to have been a strong advocate for Council funding for the Doe Fund's much needed and most appreciated services."

Lopez — currently a candidate for Councilwoman Reyna’s seat — was accused of sexually harassing staffers and resigned from his Assembly post this past spring.

Analysis of discretionary funding from 2009 to 2014 by Citizens Union Foundation.

On the cusp of a new mayoral administration and one of the biggest turnovers in Council history, advocates and some candidates have been arguing for increased transparency on discretionary spending.

“It’s certainly valid to raise questions about the discretionary nature of these funds and how they’re awarded — whether there’s a better way to do this according to need, merit or some other criteria,” Doulis said. “At this point, it remains to be seen whether the next mayor or speaker of the Council will take it up as something that they want to work on.”

Several candidates for mayor have staked out their positions on discretionary funding in recent months.

McDonald’s spokesman said the candidate was generally “positive” about member items but said there was a “lack of oversight” and some reforms might be necessary.

Rival Republican candidate Joe Lhota — a former budget director for the city — won’t call for the end of the program. Instead, he suggested that the Council pay for member items by finding savings in the budget instead of increase spending to cover the costs.

Among the Democratic candidates, former Comptroller Bill Thompson and his successor, John Liu, have said the system is “broken” and have called for it to be reformed. Former Brooklyn Councilman Sal Albanese wants it abolished altogether.

Like Albanese, Public Advocate Bill de Blasio has called for the current system to be abolished and set forth a substantive reform policy towards member items. He has suggested that the city expand participatory budgeting and create an RFP-based grant program.

In an interview with Gotham Gazette, De Blasio suggested that the member item system is indicative of a larger issue of how the city handles its budget.

“I don't even need to go into the problem of member items in the City Council, which I've called for abolition of,” de Blasio said, “ the way that the budget process keys in on the mayor offering the Council, a very small amount of the budget, and using that as a tool of political control, how the Council speaker uses that same small allotment to control the members as opposed to actually having a larger public debate on our budgetary priorities and where the real money is.”

More often than not, however, the Democratic candidates for mayor have been using questions surrounding member items to go after one of the frontrunners for their party’s nomination: Council Speaker Christine Quinn.

Quinn, who plays a key role in determining how the funding gets distributed, has been accused of using discretionary funds to punish Council members who oppose her.

De Blasio attacked Quinn last week immediately after the budget’s release, accusing her of being disingenuous about her role as speaker in doling out member items.

Thompson and Albanese have also questioned her record of handling the funds.

But Quinn has defended her oversight of the money. Following a 2008 scandal involving the misuse of discretionary funding, the Council under Quinn’s leadership passed several reforms.

“We basically went from a system we inherited here that was kind of an honor system to a verification system,” Quinn said last June following the approval of the budget. “We work closely reviewing all of the different distribution.”