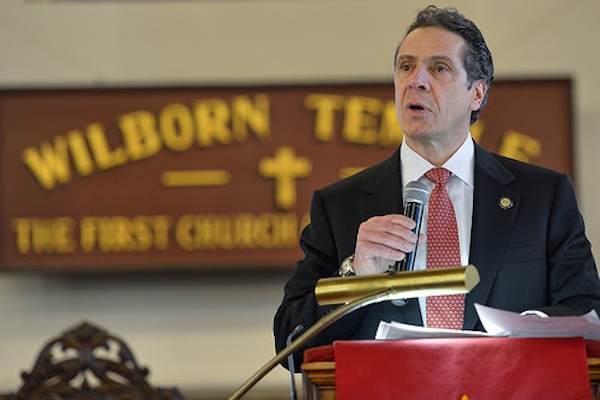 Albany, N.Y. – Years of boozing, coke snorting, drug dealing and petty crime came to a head for George Chochos in 2001, when he was convicted of robbing five banks in Upstate New York.

His sentence: 14 years in prison. He served the first 10 months in Rensselaer County Jail, but soon found himself in one of the most notorious maximum security facilities in the country – Sing Sing.

Chochos quickly realized that Sing Sing was no place for someone who had even the slightest inclination to better himself. The prison was a stark reminder of how far he had fallen and what he had to do to reclaim his life.

Today, Chochos can be found at Yale Divinity School, where he pours over the works of Jean-Paul Sartre and Immanuel Kant in his studies toward a masters degree. He credits his transformation to the Bard Prison Initiative – a privately funded program administered by Bard College that offers prison inmates an opportunity to earn undergraduate degrees.

Bard has become a touchstone for inmate education programs across the country as it has been shown to dramatically reduce recidivism. It attracted media attention recently when Gov. Andrew Cuomo unveiled his plan to have the state finance college education for inmates.

Cuomo noted that the state spends $60,000 a year to keep one person incarcerated and that inmates in New York State have a 40 percent chance of winding up back in prison after being released. Only 4 percent of inmates who have earned degrees in the Bard program have re-offended. It would cost the state $5,000 a year to educate a prisoner and a degree can be earned in about 2 to 3 years.

The state plans to invite proposals from universities interested in participating in the programs, which will be offered at 10 prisons.

Cuomo’s proposal ignited a firestorm of controversy Upstate where several of the prisons that would host the programs are located. Some county supervisors in those areas oppose the governor’s plan and argue that it is unfair to give criminals a college education that many law-abiding citizens cannot afford.

“We should not be funding college tuition for convicts on the backs of our taxpayers when our schools are under-funded and our education system is in disrepair,” McLaughlin complained n a statement.

Sen. Mark Grisanti, R.-Buffalo, tripled his goal of obtaining 1,000 signatures on a petition opposing the plan. Grisanti said the state should instead spend money on increasing the availability of tuition assistance to needy college students.

Perhaps the most sensational response to Cuomo’s proposal came from Assemblyman Jim Tedicso, R.-Glenville, who said he is afraid the goverrnor’s program will create an educated class of super-criminal.

“This is definitely ‘Breaking Bad’ by potentially turning a bunch of Jesse Pinkmans into Walter Whites – all on the taxpayer’s dime,” Tedisco said, referring to the hit television series about a chemistry teacher with cancer who joins forces with a small-time drug dealer to create a methamphetamine empire.

“Soon we will be the only state where honesty and hard work are trumped by being a bad criminal," Tedisco said in a statement. “When can New Yorkers wake up from this nightmare?”

Cuomo’s proposal has massive support from Democratic lawmakers from New York City. Sixty percent of the state’s prison population is from the five boroughs.

For Chochos, the controversy is a reminder of how lucky he was to have been accepted for Bard’s program.

Sing Sing is a dangerouis environment and Chochos knew he had to get into a safer facility if he was to survive his prison term. He managed to get transferred to Eastern Correctional Facility in 2002 and said it was a revelation.

“It seemed like everyone was studying there,” he recalled, “It was this educational hub for the state.”

Eastern Correctional is a maximum security prison and home to the Bard Prison Initiative. Getting into the program is a competitive and challenging process, Chochos said.

“It was a very intimidating process – only 15 students are accepted each year out of 100,” he said. “I wasn’t prepared with my education. Some of us got or GEDS or barely got out of high school and here we were being asked to write a four-page paper. It was daunting and grueling.”

Chochos describes his first college class as an epiphany.

“My first class was philosophy and informal logic,” he said. “That class was so important because it was about learning how to think in a structured philosophical way. It was helping us be stakeholders in society and make ourselves better. That kind of education also has an impact on the facilities themselves. It makes them safer.”

Whenever he speaks to groups about his transformation and journey from Sing Sing to Yale he is struck by the same thought: “If I were the victim, what would I think of this.”

Cuomo’s proposal is by no means a novel idea. In fact, New York State had a prison higer-education program for several years until Gov. George Pataki pulled state funding from it.

Donnell Hughes witnessed the change after being sent to prison in 1997 for manslaughter and sale of a controlled substance.

“Before Bard came in we only had a few programs and we had a lot of time on our hands to find ourselves in trouble,” he said. “When Bard came in it changed the culture of the institution.

“Guys who were in the yard who were involved in illegal activity – they got accepted into the program and they came back and told us about Bard. We saw these guys carrying books around the yard and it changed our mindsets. We saw that these guys are becoming more educated, they are promoting conversation, it is no longer about drugs and violence.”

Hughes is now working toward a bachelors degree at Baruch College in Manhattan.

“I think the governor is doing a wonderful thing by bringing back something that was already there,” he said “Pataki took college out of prisons. I was a young guy there to see that change. For him to restore this, it creates a gateway for prisoners back into the community so that they can create something for themselves.”