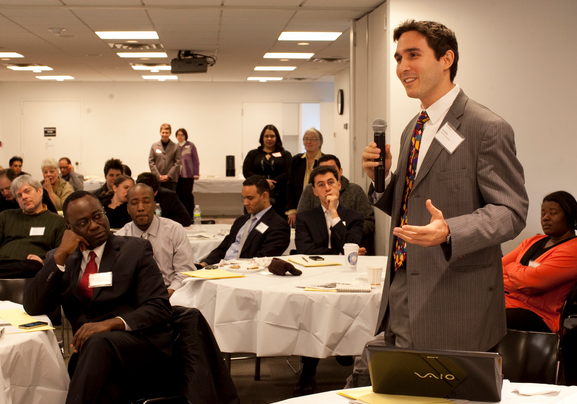 Cities and states around the country such as San Francisco, Oklahoma, and New Hampshire have passed bills to require municipalities to use open source software when possible. Why not a tech hub like New York City?

On Thursday, Council Member Ben Kallos will introduce the Free and Open Source Software Act that, if passed by the City Council, would bring the requirement to New York. The law would require the City to look first to open source software before purchasing proprietary software. In addition, Kallos, chair of the Council's government operations committee, will introduce a Civic Commons bill to create a central site to store all of the open source software the City uses which could promote sharing among cities.

"Free and open-sourced software is something that has been used in private sector and in fact by most people in their homes for more than a decade now, if not a generation," Kallos said by phone on Wednesday, May 28. "It is time for government to modernize and start appreciating the same cost savings as everyone else."

Open source software is that which can be freely used, changed, and shared by anyone. Code used to build a website or application, which is often posted to sharing sites like Github, provides the framework for others to use without cost and at their discretion. New users can customize and repost their own versions of the code, site or application which allows the technology to evolve.

A Model for Sharing
From a broad perspective, all municipalities - large or small - have the same basic digital needs: systems for employee payroll, handling 911 calls, informing the public, etc. Currently there are a limited number of companies that sell software for these systems. They sell the same basic product to every city and then customize to municipality needs.

If multiple cities see a need for a new feature, they have to wait for the software proprietor to create what they are looking for. Often times the software companies will only invest in a new feature if or when it makes financial sense, leaving customers waiting.

Open software breaks down those barriers because the basic system is open for anyone to use and change at any time. If one city creates a great payroll system using open software, any city can come in behind them and tweak the software to their own needs. Cities can split the cost of developing a payroll system which can drastically reduce overall expenses.

He added, "The jobs that are generated supporting the software are a huge boon to the economy."

The Department of Transportation (DOT) had Open Plans create a map on the DOT website to ask for feedback on CitiBike locations prior to the launch of the popular bikeshare program last year. Chicago, which was looking at a bikeshare program of its own, called Open Plans after seeing the map. Chicago had slightly different needs and paid Open Plans for updates, but the software was free.

"There is a benefit and a virtuous cycle to everyone using it," Hubbert said. "Rather than people paying over and over again for the same thing that has already been built, they are paying for the additional things they specifically need, as well as support and maintenance."

The CitiBike map has since been removed from the DOT website, but when Vision Zero became a priority, DOT called on Open Plans to once again create an interactive map. Instead of the City having to pay for more software, Open Plans used the same software they had used with the CitiBike map, making some changes for the new project. The new interactive map allows users to comment when they see motorists breaking the law, giving law enforcement an idea of hot spots.

Planning a map for a website is a far cry from creating a payroll system for an entire city. Hubbert admitted one of the challenges is scaling up to projects in the tens of millions of dollars, but it is not impossible.

"The same ideas can apply," Hubbert said. "It is more complicated, but it is not that there is a point where the open source model breaks down."

Cost Savings
How much money Kallos' legislation could save the City is hard to pin down. Requiring city agencies to pursue open source software before purchasing from a private vendor could bring significant savings. There is currently no method to differentiate software the City uses that is open source, or if the software was donated. Part of the legislation requires the chief procurement officer to create a report with this information on a yearly basis.

The City Council's budget response listed an Enterprise Licensing Agreement with Microsoft for $67 million that should be reevaluated. Kallos said if the City were to choose to use libre software (the free versions of Word, Excel, etc.), it could save some of this money - though there is not yet a breakdown of exactly how much the savings would be.

Other states that have passed similar legislation claim to have already reaped benefits.

"Oklahoma taxpayers have already realized a substantial fiscal benefit as a result of our open source software legislation and it is reasonable to expect these same savings can be realized by New York City and the other jurisdictions which are courageous enough pass this legislation," said Oklahoma State Representative Jason Murphey, the Vice Chair of the General Government Committee, in a Thursday press release.