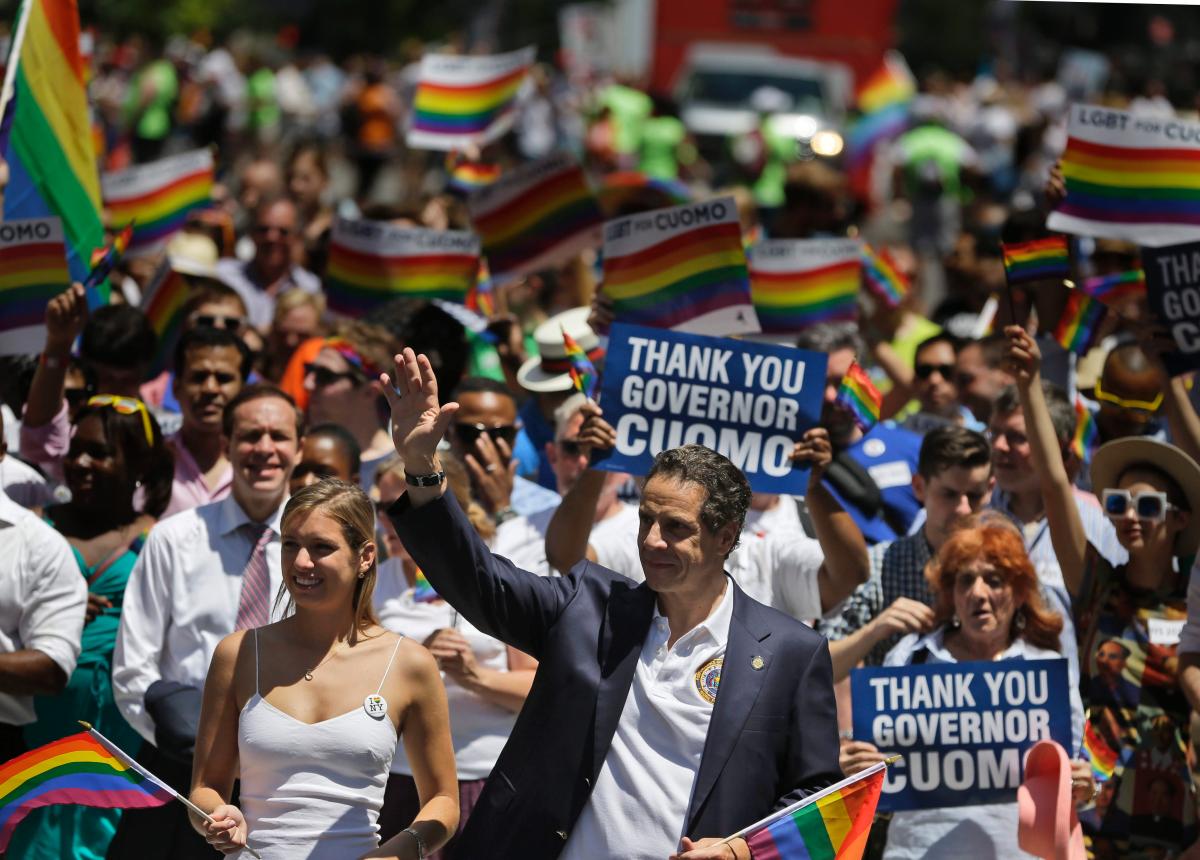 Despite recent efforts to win back progressives, Gov. Andrew Cuomo's troubles with his Democratic base continue. New York City-based LGBTQ political clubs have had fierce debates recently over whether to endorse Cuomo or his relatively-unknown upstart Democratic challenger Zephyr Teachout. The Cuomo camp appears on full alert after Teachout won the endorsement of the Jim Owles Democratic Club on June 18. Club President Alan Roskoff blasted Cuomo in an interview with The Daily News, saying that Cuomo has a, "dismal record when it comes to progressive issues [and] issues regarding economics and the working class and the poor."

The governor's camp has sent representatives to recent endorsement meetings, typical practice during election season. Meanwhile Teachout, as would befit a long-shot challenger, has been making many appearances herself. According to multiple sources, LAMBDA Independent Democrats of Brooklyn voted to endorse Cuomo by just one vote - a meeting at which Teachout did not appear and a Cuomo representative was present. LAMBDA members were even called up at home at the last minute and encouraged to attend to make sure that Cuomo didn't lose.

Despite championing marriage equality and being credited for the political maneuvering that led to the measure's passage in the state Senate and thus into New York law, Cuomo still has a rocky relationship with the LGBTQ community. Some of the issue dates back to Mario Cuomo's 1977 mayoral primary against Ed Koch. Koch publicly blamed Mario's son Andrew for starting a smear campaign that questioned Koch's sexuality.

Members of the LGBTQ community say that there are now two major sticking points with Cuomo: first, most members are progressive and feel Cuomo has governed too far to the right on tax, education, and environmental issues; and second, members say Cuomo has allowed the Senate to remain in Republican hands, which has ensured that human rights bills like the Gender Expression Non-Discrimination Act, or GENDA, and a ban on gay conversion therapy would die without a vote.

"The incumbent did send a representative to the meeting and it was a very close vote," said LAMBDA president Michael Czaczkes. "It was clear in the meeting that there is some frustration over the bills on GENDA and conversion therapy. Those bills were not a priority for the governor." But Czaczkes noted that members are also very interested in issues like campaign finance reform, hydrofracking, and tax policies.

A number of elected officials closely involved in the LGBTQ community say they have heard a realization lately from the Cuomo administration that the governor has disappointed, even angered, his base and an acknowledgement that he is working to make amends.

Activists appreciate Cuomo's work on the HIV/AIDS crisis but say they are just as concerned about issues like the minimum wage, Cuomo's relationship with big business, legislator corruption, and tenant issues - all things they say Cuomo has been on the wrong side of as a conservative Democrat. They don't expect Cuomo to lose, they just want to push him toward the left.

Nathan Schaefer, executive director of The Empire State Pride Agenda, acknowledged that there is discord in the LGBTQ community over whether to support Cuomo's re-election despite his work on marriage equality and the plan to further combat AIDS in the state.

"Without the governor, we obviously wouldn't have achieved marriage equality and we are grateful," said Schaefer. "But when the community looks at endorsements we look at what a candidate has done on our issues in the past and what they have planned for the future."

Schaefer said the Cuomo administration is "well aware" that members of the LGBTQ community want Cuomo to exert all his political power to bring GENDA and the conversion ban bills to a vote - in fact they want him to have done it yesterday. Nevertheless, Schaefer said he is "optimistic there will be a lot of movement on our issues in 2015." Optimism perhaps bolstered by Cuomo's recent announcement, along with IDC leader Jeff Klein, that the IDC will realign with Senate Democrats after November's elections.

Teachout says that what she heard from members of the Jim Owles club was that they feel the governor has failed them on basic Democratic issues while they continue to struggle economically. "Governor Cuomo likes to talk about being effective but he can't even get these bills to a vote," Teachout said of Cuomo's efforts on GENDA and the conversion ban. She added that Cuomo has "governed more like a trickle down Republican than a Democrat."

Teachout said that members of the Owles club and others have expressed concerns about "a tax system that favors the wealthy" and the governor's "lack of concern over growing inequality" in the state, as well as increasing housing costs.

The Cuomo campaign did not respond to multiple requests for comment for this story.

Teachout plans to continue working on securing future endorsements and pushing the Cuomo campaign. "One of the things we have seen already is that the governor has had to send representatives to defend his record. We are seeing what a Democratic primary can do to impact the debate, to change the debate." The Stonewall Democratic Club, perhaps the largest and most prominent LGBTQ club in the city, meets to decide its statewide endorsements on July 23rd. The Cuomo and Teachout camps will be working feverishly this month to secure the club's backing.

While Teachout said she plans to win, not just influence the debate, it is unlikely that the Democratic primary will be close and polls suggest Cuomo will win reelection in November with ease. Anything can happen, of course, and the governor surely wants to not only win, but win by a commanding margin in both the primary and general.

*note: this article has been amended to say that it was the 1977 mayoral primary during which issues between the Cuomos and Ed Koch occurred. not a gubernatorial primary