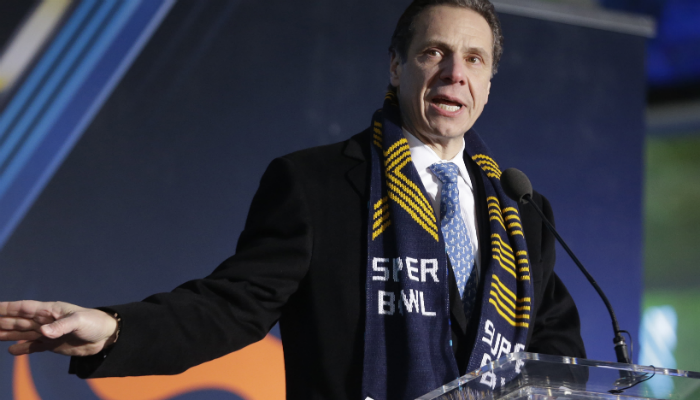 The results of New York State's lax campaign finance restrictions and dreary enforcement by the state Board of Elections (BOE) were on full display last week thanks to campaign filings that show lawmakers continuing to use their collected campaign funds to pay for expensive legal defenses, visits to tanning salons, and lavish trips to swanky restaurants and exclusive clubs.

Perhaps most striking, lawmakers spent over $300,000 in campaign cash on their legal defenses over the last six months, according to filings with the BOE. Those looking to clean up Albany, good government groups and certain legislators not prone to such expenses among them, are continually frustrated by the limited restrictions on non-campaign-related expenditures, as well as BOE's minimal enforcement of those rules.

The state BOE issues opinions on what campaign cash can be spent on and while it has ruled in individual cases that spending on legal defense and personal items are not acceptable it has not shown motivation to regularly enforce its rulings. In certain cases, like Opinion 87-1 from July 29, 1987, the BOE's logic seems to be that the only viable expenditure of campaign funds for legal expenses is to keep a candidate on the ballot - not to protect a candidate from criminal charges or to pay fines.

But the BOE has a long history of not acting on even the most egregious violations of campaign finance law. "The law certainly should be clear as the board has a decent track record of making clear what is permissible use in the '80s - they just haven't touched on it recently," said Bill Mahoney of New York Public Interest Research Group (NYPIRG). "They have shown no will to enforce their own findings."

Rachael Fauss, director of public policy for Citizens Union, another good government group, says that enforcement is the biggest issue. "Even with the opinions that are on the books there simply isn't any enforcement," she said.

State Senator Brad Hoylman of Manhattan, an ardent supporter of campaign finance reform, said that politicians who abuse the loopholes of the campaign finance system are more likely to need to spend campaign cash on lawyers. "The ones who take advantage of the law are the ones who will most likely use campaign funds for their legal defense," Hoylman said. "We need a ban (on personal use of campaign contributions)."

Hoylman believes the BOE needs to be overhauled. "I'd like to see wholesale reform of the Board of Elections," he said. "I don't have any confidence they have the wherewithal to enforce regulations and laws. I see it on the local level and the state level - they need help."

This isn't Silver's first time using campaign cash to defend himself. Since being elected in 1976 Silver has spent a total of $285,000 in campaign cash on legal defense according to Mahoney of NYPIRG.

Assembly Member Michael Kellner has spent nearly $20,000 of his campaign cash defending himself from sexual harassment charges since last year.

Indicted Democratic Sens. Malcolm Smith and John Sampson have both seen their campaign coffers dwindle as legal expenses mount and they head into their reelection bids.

Those legislators' numbers pale in comparison to the real heavyweight legal spenders like former Majority Leader Joe Bruno, who spent $1,505,989 on his successful legal defense, or former Sen. Carl Kruger, who has dropped $1,761,663 to unsuccessfully defend himself from corruption charges. Despite spending all that cash and actually being behind bars, Kruger still has more cash in his campaign coffers than most Senate Democrats - according to last week's filing, his account contains $422,755.

In total, state elected officials have spent well over $7 million of campaign funds on legal fees since 2004, according to Mahoney of NYPIRG.

The lax restrictions on use of campaign funds benefits incumbents," said Mahoney. "If you can spend one night to raise $20,000 to either keep yourself in office or for personal use then why not do it?"

Recent action by U.S. Attorney Preet Bharara indicates that lawmakers may have even more opportunity to spend campaign funds on their legal defenses, as it appears he is targeting the illegal use of campaign cash.

Candidates are required to report campaign expenditures over $50. According to a report by City & State NY, the now-defunct Moreland Commission on Public Corruption had decided to look into lawmakers who accrued $10,000 or more in unitemized receipts. A number of legislators either didn't report large campaign expenditures or reported lump sum, unitemized credit card payments. Bharara appears to have now picked up that trail.

New York's restrictions on personal use are so lax, though, that even Gov. Andrew Cuomo, who has slammed the current campaign finance system, felt comfortable spending $2,400 of his over $35 million campaign war chest on tickets to the Super Bowl.

With Bharara picking up the pieces of an investigation started by Moreland, some of the fun may be coming to an end. Cuomo abruptly ended the commission in exchange for some legislative reforms during budget negotiations this year. Shutting down Moreland raised red flags for Bharara and his office is now investigating both the legislators who were targeted by Moreland and the commission and its relationship with Cuomo. The New York Timesreported last week that Bharara's office has subpoenaed the top aide to the executive director of the Moreland Commission to testify before a grand jury and that Cuomo's counsel has agreed to be interviewed by agents in August. The Timesreported this week that Cuomo's administration repeatedly meddled in Moreland business before the governor disbanded the commission.

The reforms Cuomo won include tweaks to the criminal code to make it easier for prosecutors to go after bribery, a new head of enforcement at the BOE named by the Governor, and a public campaign financing pilot program. Mahoney says the new enforcement position created in Cuomo's deal is impotent. "The position has very limited powers and can't act without board approval," said Mahoney. "The board has already shown that it isn't interested in approving investigations."

Meanwhile, according to sources and multiple reports, Bharara's office is investigating suspicious campaign spending by a swath of sitting legislators. So far the focus has been on Senate Republican George Maziarz of Niagara County, who abruptly announced his retirement just as feds subpoenaed one of his aides. Bharara's office is looking into a number of checks written to cash from the Maziarz campaign account, as well as thousands of dollars in purchases at Southern Living At Home, a company where Maziarz campaign treasurer Laureen Jacobs used to work.

Maziarz had been acting as though he would be seeking re-election up until the very last moment before petitions were due earlier this month. With an extraordinarily large $1.1 million campaign account for a rank-and-file legislator who never faced any stiff challenges to his seat, Maziarz could use the cash should Bharara's investigation lead to an indictment. Maziarz has insisted that he is retiring to help plan his daughter's wedding.

The Times Unionreported last week that Bharara is also looking at the campaign spending of Westchester Republican Sen. Greg Ball. Ball reportedly spent thousands in campaign cash for travel and expenses in Mexico, Florida, and New Orleans. His campaign cash went for limousines, airline tickets, a $700 hotel stay at a Hilton in Mexico, and hundreds withdrawn from an ATM in Cancun. Ball announced earlier this year that he would not seek reelection. He then promptly spent $25,000 on a high profile defense attorney.

The Moreland Commission focused a great amount of attention on the failing of the State BOE and issued a report recommending a complete overhaul of the state's campaign finance system with the introduction of public financing of campaigns. That recommendation was not taken up last session - instead Cuomo cut a deal with legislators that created a pilot program for publicly-funded campaigns in this year's comptroller race.

Incumbent Comptroller Thomas DiNapoli, who had long called for making his office a pilot for public financing, was so displeased with the last-minute deal that he felt was incomplete and opted out.

There is one lone candidate in the state with any real restrictions on personal use of campaign cash: Republican comptroller candidate Bob Antonacci, who opted into the pilot program. Under the program, participating candidates receive matching public dollars for certain campaign contributions - but with a catch: the BOE reviews campaign expenditures to make sure they are used strictly for campaigning.

State electeds will have an increasingly regular schedule of campaign finance reporting as the elections near. There are three upcoming primary reporting dates: August 8 and 29, and September 19; and three general election filing dates: September 29, October 20, and November 27. While the filings become more frequent, other requirements don't change.

Expect more campaign finance-related drama before election day - Bharara has had great success prosecuting corruption in Albany and it appears he has a new treasure trove to explore.