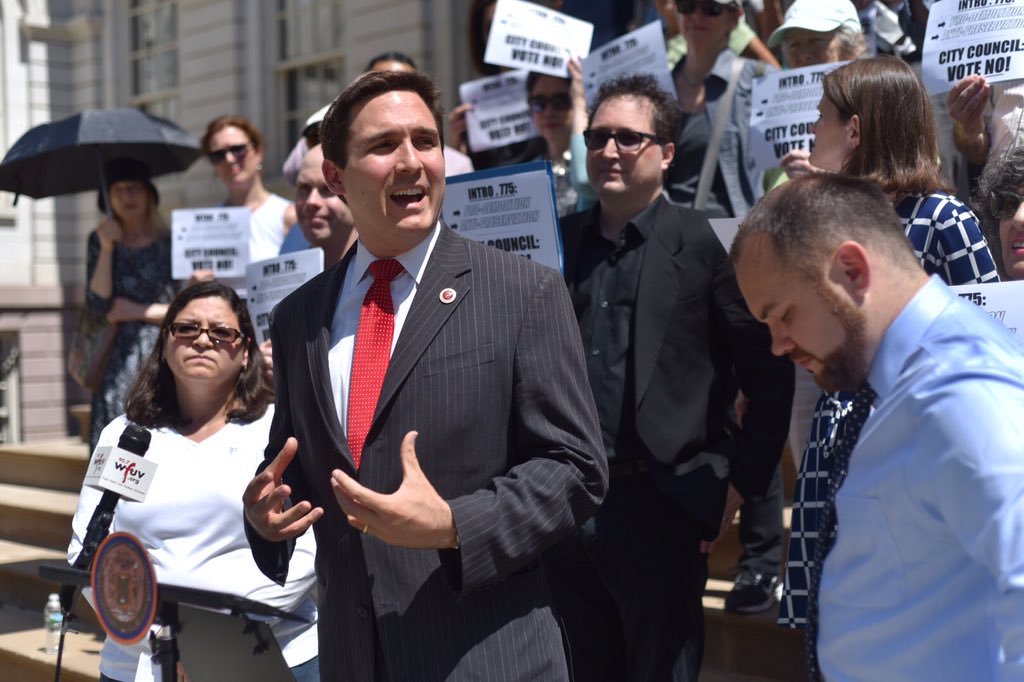 New York - Earlier this week, the City Council's Committee on Governmental Operations convened a hearing to review the Campaign Finance Board's (CFB) comprehensive report on the money raised and spent during the city's 2013 elections.

At the hearing, city council members, CFB leadership, and good governance groups discussed the possibility of raising spending limits for candidates participating in the CFB's public matching funds program and lowering campaign contribution limits for all candidates. These proposed changes come, in part, as response to the deluge of independent expenditures that rattled the last electoral cycle's financial playing field - floodgates opened by the Supreme Court's 2010 ruling in the now-infamous Citizens United case.

Council Member Ben Kallos, who chairs the government operations committee, cut straight to the chase when he asked the CFB's executive director, Amy Loprest, "Do you think matching funds did enough, in those races with significant outside expenditures, to allow candidates to fairly respond?"

Although Loprest maintained that the program did provide candidates with enough matching funds to "get their own message out" - noting that some of the highest outside spenders did not meet their electoral objectives - she acknowledged the dilemma that the spike in outside spending poses to campaign finance programs in general.

"In New York City, most candidates participate in the Program and agree to abide by a spending limit. Outside spenders face no spending limits, and voters cannot hold them accountable for their campaigns, " her prepared remarks read.

Council Member David Greenfield further probed Loprest on the issue of independent spending. "Have you looked at the possibility of raising those spending caps [on candidates] to deal with the influence of outside funds?" he asked.

The CFB's election report does indeed include the possibility of raising spending limits for participants in the program, along with the possibility of lowering the amount of money that any candidate, whether participating in the matching funds program or not, can accept from donors. The suggestion is listed as a point for consideration, and not as one of the report's 14 explicit legislative proposals.

The good governance groups who testified at Monday's hearing had different opinions on the possibility of changing those limits.

Common Cause NY, via testimony provided by Associate Director Lauren George, is "reluctant to encourage a money race between independent expenditure committees and public matching funds," and believes that the idea "merits further analysis and discussion." Meanwhile, Citizens Union supports altering limits, in conjunction with other changes such a move may necessitate to maintain balance and equity within the complex campaign finance ecosystem.

In testimony from its Director of Public Policy, Rachael Fauss, Citizens Union proposes increasing spending limits on candidates who receive public funds "from $182,000 for the 2017 cycle to $290,000, an increase about equal to the largest independent expenditure spent in opposition to a Council candidate during the 2013 primary elections."

The CFB's 14 legislative proposals include implementing instant runoff voting and stemming the role of intermediaries, or bundlers, who raise funds for candidates yet do business with city government at the same time, thereby violating campaign finance regulations. The latter is in direct reference to the Campaign Finance Act's intent to stop "play-to-play" corruption.

The hearing included discussion of the CFB's recommendations, but also concerns brought up by council members, such as the process of receiving matching funds for contributions made by credit card and how to mitigate the difficulties faced by first-time and "grassroots" candidates in navigating complex campaign finance rules.

Kallos inquired about new rules the CFB is formulating around the matching of contributions received via text message. Local Law 116 of 2013 allows voters to make contributions to campaigns by text message, a development which may broaden the pool of campaign contributors to include more lower income constituents, Kallos said. The CFB's codification of this process is due out in December.

All told, the most fervent discussion at the hearing surrounded what action should be taken to maintain a fair financial playing field in the face of monumental levels of spending by outside organizations, such as political action committees (PACs) and unions, that seek to influence electoral outcomes.

Hearing participants appeared to be unanimous on the indispensability of the city's campaign finance program, which is seen as a model that the state should follow, with council members taking turns lauding the CFB. Praise was given for the board's efforts to strengthen the Campaign Finance Act and ensure fair city elections in which the influence of local voters is propagated and that of bigger interests diminished.

"[The CFB has] been on my mind a lot this week, said Council Member Mark Levine, before praising the CFB in the unlikely context of this week's climate march.

"Time and again I've heard that we're not gonna be able to address the climate crisis until we change the fact that oil companies have outside influence on American politics with their unfettered campaign contributions," Levine said. "And boy, isn't it great that here in New York City, we have a robust, progressive, and overwhelmingly effective way to eliminate that kind of outside influence. [More than] we have on the federal level, and for that matter, even the state level."