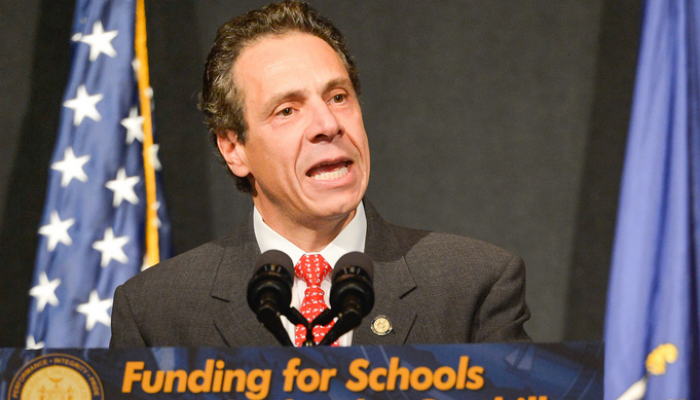 In addition to selecting state representatives in this November's election, registered voters will also get to decide on three ballot propositions, one of which is the Smart Schools Bond Act of 2014 (Proposition 3 on the back of your ballot). If approved, the Act would allow the State to borrow up to $2 billion for school-based capital projects.

If Prop 3 passes, what will the money be spent on?
The (very quiet) pitch to voters has been primarily focused on the technology benefits of the proposal. School districts could spend the bond money on new equipment such as interactive whiteboards, computer servers, and desktop, laptop, and tablet computers. They could also use the money to beef up internet access by installing high-speed broadband or wireless service.

Additionally, schools could choose to install high-tech security features inside buildings or on campus.

In what has been a less-discussed option for the bond money, school districts could opt to spend their allotment on two non-tech initiatives. Districts could "construct, enhance, and modernize educational facilities to accommodate pre-kindergarten programs" or provide space to replace portable classrooms (also known as trailers).

How much would my school district get?
Part of this year's State budget included a way to calculate how much each district would receive if the Smart Schools Bond Act is passed. The State will allocate the same proportion of the district's share of school aid, excluding Building Aid, Universal Pre-kindergarten Aid, and the Gap Elimination Adjustment. For example, if a district received two percent of the total State school aid in the budget, then they would receive two percent of the $2 billion (assuming the State maxes out the bond), which is $4 million, minus the amounts from those exception categories.

Note: Several very small school districts (under eight teachers) would not receive any funding in this initiative.

The interactive map below allows users to see how much money a school district stands to receive. The amounts assume the full $2 billion bond.

Who decides how the money is spent?
If voters approve Prop 3, the Smart Schools Review Board, which is comprised of the Chancellor of the State University of New York, the Director of the Budget, and the Commissioner of Education (or "their respective designees"), will issue guidelines.

Using the guidelines, each district will be required to submit a Smart Schools Investment Plan.

According to the rules, school districts are required to consult with parents, teachers, students, community members, and other stakeholders on how the money will be spent. But it is unclear when the public will be given the opportunity to provide input (i.e. before or after a district draws up a plan).

Governor Andrew Cuomo has expressed support for Prop 3, though he has not been actively pushing for its passage. Gotham Gazette reached out to the governor's press office for clarification, however calls were not returned. In the governor's campaign ad, "Education," released on Monday, he says, "I want to invest $2 billion to build the new technology classrooms of tomorrow," but does not directly name Prop 3 in any way.

A New York State Education Department (NYSED) Office of Facilities Planning Newsletter issued in September encouraged districts to "review district needs in relation to these project categories and have a plan to proceed if funding becomes available." The newsletter includes limited information on how to put together that plan, saying "more information will be provided as it becomes available and once a successful bond act is authorized."

The Smart Schools Commission
In April, Gov. Cuomo announced the members of the Smart Schools Commission: Eric Schmidt, former CEO of Google; Geoffrey Canada, former president and CEO of Harlem Children's Zone; and Constance Evelyn, superintendent of the Auburn School District. According to the press release the commission will be charged with "advising the State on how to best invest" the $2 billion.

Since April, the commission has hosted three public symposiums around the state. At these events, the benefits of technology in education were the topic, with leading industry experts speaking at each. The public was invited to submit suggestions to the commission.

The commission will file a report this fall with recommendations and the individual districts will submit proposals for funding. It is unclear what role the commission report will have in how the smart schools bond money will be allocated to districts. Gotham Gazette sought clarification from the governor's press office, but calls were not returned.

Other voting considerations
-The governor has spun this proposition as a tech initiative, a way to "transform our classrooms from the classrooms of yesterday to the classrooms of tomorrow," as he said in his January State of the State speech when he first pitched the Smart Schools Bond.

New York City stands to receive up to $783 million from the bond, which is by far the most money of any district (it being the largest). Buffalo would be the next highest, at $56 million. Just over 300 of the state's 674 districts would receive under $1 million in funding. But how much of that money will actually go toward technology in each district remains to be seen.

Mayor Bill de Blasio had hoped to secure $340 million annually for his pre-k program through a tax hike on the city's top earners. But Gov. Cuomo did not back the tax, choosing to allocate $300 million to the city from the state's budget instead. That left de Blasio $40 million short annually, and the windfall from the Smart Schools Bond Act would be used to help to cover the difference over the next several years.

The mayor plans to allocate roughly $310 for the restructuring of existing buildings to create additional seats for his pre-k initiative, according to a spokesperson for the mayor.

As the proposition is currently written, there is no requirement that a certain percentage of the money be spent on technology.

-The legislation that authorized the bond act assumes an eight-year shelf-life for the technology products. That is a very generous estimate considering how quickly technology changes and pieces of it become obsolete.

For some technology perspective: the first iPad was released in April of 2010. It was discontinued in March of 2011. In less than five years since the introduction of the iPad there have been five iterations as well as three versions of the iPad Mini (introduced in November 2012) and an iPad Air. Unless districts are able to work out leases with manufacturers, schools could be dealing with outdated equipment for years.

-The debt this $2 billion bond will create is no small amount in the annual budget. E.J. McMahon, president of the Empire Center for Public Policy, puts the total at roughly $130 million per year, but that figure could change drastically depending on how long the note is for.

The State Comptroller will make that determination using a weighted average, assuming 30 years for pre-k investments, 20 years for connectivity investments, and eight years for technology hardware. Comptroller Tom DiNapoli's April 2014 preliminary budget report issued a warning on this issue, saying, "mandating the use of the weighted average method could result in higher overall borrowing costs for the State's taxpayers even though annual debt service payments in the early years may be less."

In addition, approving the bond will push the state very close to its statutory debt ceiling. If the entire $2 billion is authorized, the capacity under the cap will shrink to just $366 million, or 0.3 percent of capacity by fiscal year 2017, according to figures provided by Citizens Budget Commission (CBC). In fact, given its analysis of the proposal, CBC is now encouraging New York voters to vote "no" on Prop 3.

At $2 billion, the Smart Schools Bond Act is the largest authorization of debt in the fiscal year 2015 budget. But as Comptroller DiNapoli noted, the public will get a say.

"Engaging the public in borrowing decisions is a positive step," DiNapoli said in his budget report.

Recently, DiNapoli declined to say if he thought voters should approve the proposition, citing his office's involvement in issuing the bonds. He did say, though, "certainly to improve the infrastructure for our schools, especially those that need expanded classrooms with regard to implementation of pre-k, a lot of value in that."

-There is no shortage of lobbying in education, but when it comes to the Smart Schools Bond Act, the regular cast of characters seems to be surprisingly quiet.

"I know of no state education groups—or any groups, for that matter, that are actively advocating for passage of the act," David Albert, spokesman for the New York State School Boards Association, said, according to Capital New York.

Gov. Cuomo's official state website has plenty of information about the proposal, but he has been quiet publicly in regards to Prop 3. Asked about it at the Columbus Day Parade on Oct. 13 in New York City, Cuomo said, "I'm supportive. I've spoken publicly on the bond issue...I support."