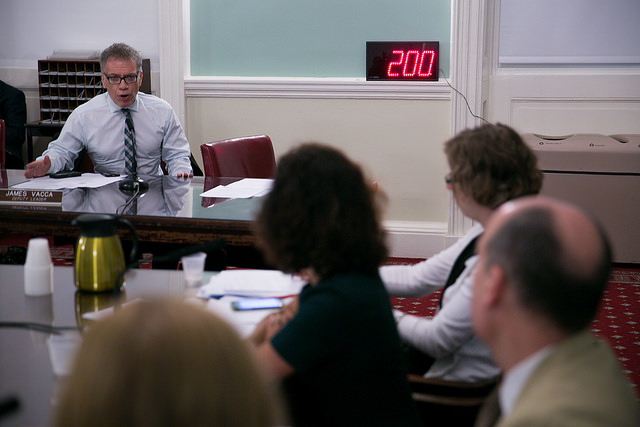 For civic technologists and the data savvy, New York City's Open Data Portal has been a blessing. After years of limited transparency, City data, which is extremely useful for solving civic problems, is now out in the open to a much larger degree than ever before.

But members of the New York City Council, who are the front lines of constituent services, have not been actively using the portal. Most council members are not software engineers or data scientists; with only one known exception (Council Member Ben Kallos), they don't write software code.

While none of those are requirements to use the Open Data Portal, having a minimum understanding of what the portal offers and how to use it would help council members and their staffs access the wealth of information available. Some guidance for how to take advantage of available information is needed to turn the rows of data into useful formats for analysis and policy-making.

At an October 27 City Council Technology Committee oversight hearing on open data, committee Chair James Vacca mentioned offering an open data training for council members. Less than a month later, that training will become a reality. On Tuesday, November 25, from 10 to 11 a.m. at council office space in 250 Broadway, Council Member Vacca will host a training session led by members from the City's Department of Information Technology and Telecommunications (DoITT) and the Mayor's Office of Data Analytics (MODA).

The training, closed to the press, will focus on navigating the Open Data Portal, showcasing the data sets that may be most useful to council members, and answering questions.

"I realized that if other Council Members' offices were armed with the knowledge about how to tap into this resource, it could hugely shape the way we craft legislation and conduct constituent services," Vacca said by email Friday. "As Chair of the Committee on Technology, it is my hope that the open government tools that we have sought to uphold through the Open Data Law are also being used by government staff."

As of Friday there were roughly 16 RSVPs from council members or staff representatives, according to a spokesperson for Vacca's office, who declined to provide specific names.