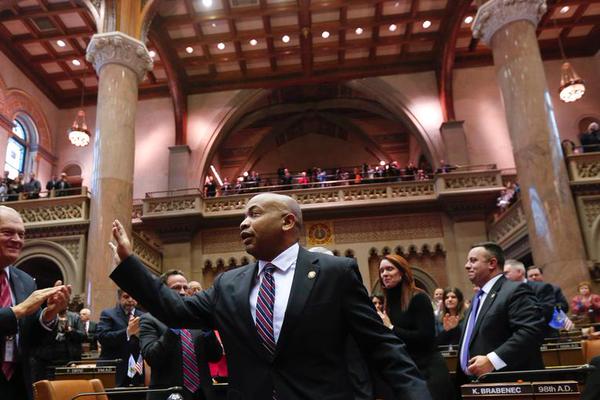 Carl Heastie's campaign committee has drawn some attention to its expenditures, especially now that he is the newly minted Assembly Speaker. Below is an analysis of his campaign spending based on the Board of Elections expenditure "Purpose" codes that the campaign itself elects to use. Purpose codes are selected from a list by filers to describe their own activity, and are accompanied by "explanations" where applicable. From 2011 through 2014, "Friends of Carl E. Heastie," as the campaign committee is known, reported spending $429,526.95. Remarkably, the largest subsection of expenditure is "Other," at $164,275.59; followed by "Political Contributions" at $114,113.00; and "Reimbursements" at $87,538.01. 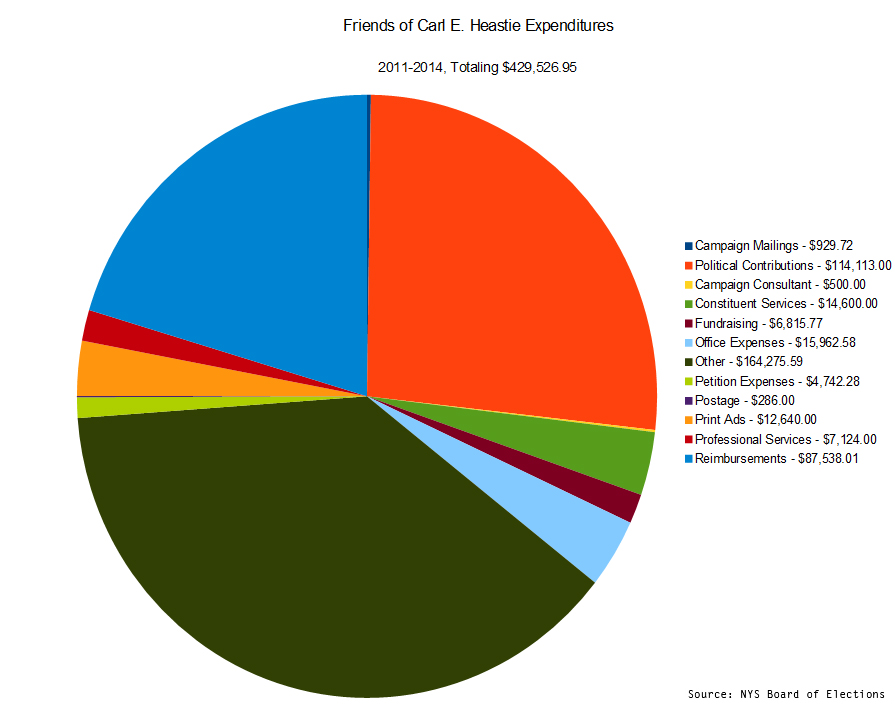 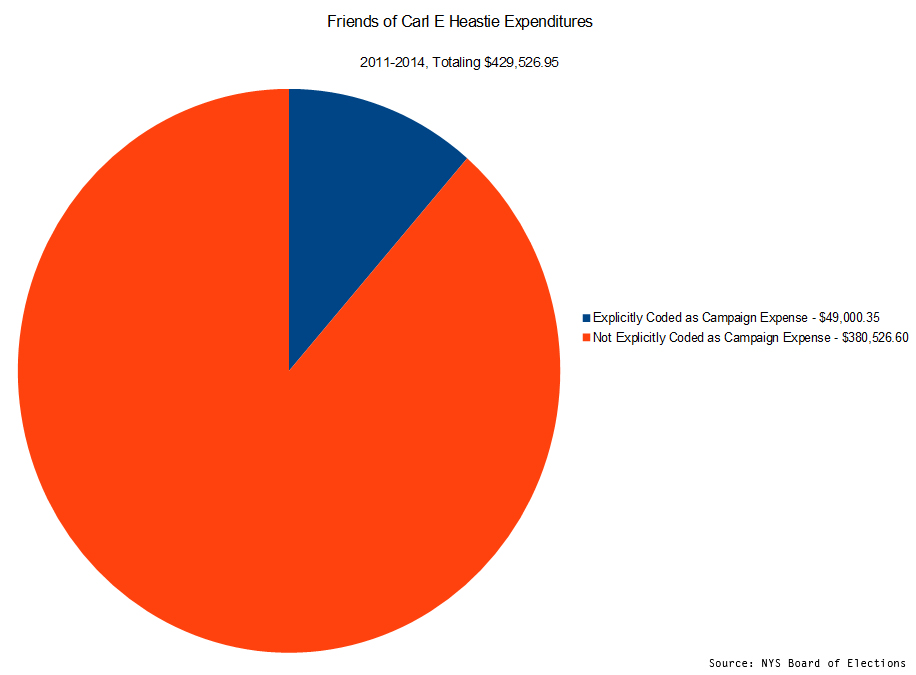 Heastie's campaign is known to be particularly lavish with an American Express credit card. Below is an analysis of Friends of Carl E. Heastie's credit card activity.

When reporting credit card expenditures, campaigns are advised by the Board of Elections to note the expenditure in full to the creditor (e.g. AMEX), and where applicable to itemize purchases with a sum of $0.00 but then to describe the merchant and cost as a memo in the Explanation line. In this respect, first, a look at the transactions paid to American Express. Then details of what Friends of Carl E. Heastie says it bought on the card. 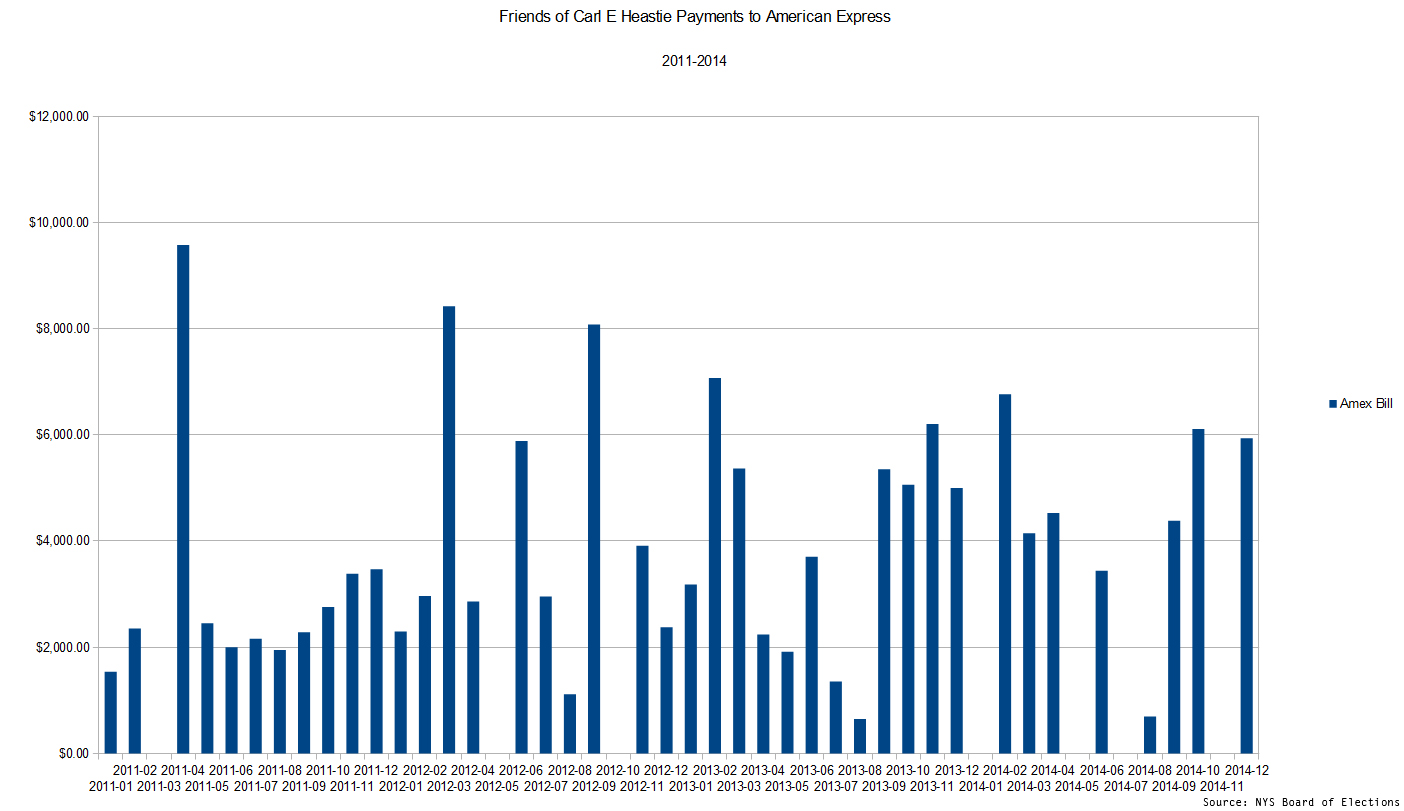 Assessing all of the itemized transactions (with their distinctive amount of $0.00) we extract the itemized dollar cost from the memo line. This includes wading through verbiage like "$78.38 FRUIT BASKET PURCHASE" and "MEMO: $53.30 DINNER FOR VOLUNTEERS" to extract figures like $78.38 and $53.30 so as to sort out large purchases from small.

The following transactions are not adequately described in the Explanation memo so as to directly ascertain their cost: 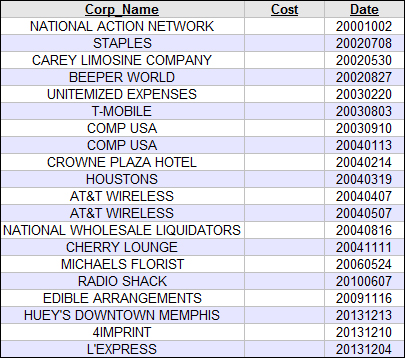