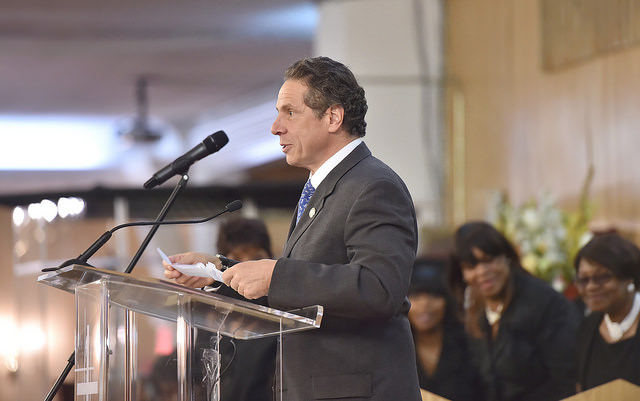 More than 60,000 people will spend the night in a New York City homeless shelter tonight. Estimates suggest roughly one-third struggle with untreated mental illness, many of whom find themselves trapped in a turbulent cycle of life including jail, psychiatric wards, homeless shelters and living on the streets.

In the early 1990s Governor Mario Cuomo and Mayor David Dinkins established a mutual funding agreement known as New York/New York that created a supportive housing program specifically designed to combat this cycle. Generating affordable housing units with internal support services for the mentally ill and chronically homeless, the program - soon entering its fourth iteration - has provided the most vulnerable New Yorkers a chance to stabilize their lives.

And though it has proven to be singularly successful, housing 80 percent of its participants for life, the future of the program grows increasingly uncertain as state funding fades.

Of the 20,000 qualified applicants in New York City last year, just one in six were placed in supportive housing units. A sign of success but also stagnation, there is just a 10 percent turnover rate. "More. We need more [units]" said Cynthia Stuart, the chief operating officer at the Supportive Housing Network of New York.

Over 150 advocacy groups including Stuart's have stressed the need for an additional 30,000 units statewide over the next ten years.

Despite their calls to dramatically increase the program's capacity, Governor Andrew Cuomo proposed a NY/NY IV agreement that creates 5,000 new units statewide over the next seven years, 4,000 of which will be in New York City. It represents one-sixth of the advocates' stated need and roughly half of the previous agreement, which was signed in 2005 when New York City homelessness fell below 35,000 people.

In order to fund the project, Governor Cuomo has allocated $183 million of JPMorgan bank settlement monies to NY/NY IV over the next five years, but Coalition for the Homeless, an advocacy group, estimates only $66 million is earmarked strictly for homeless programs.

Additional funds for supportive housing through initatives like the Homeless Housing Assistance Program were also cut when the state budget diminished its capital budget from $64 million to $56 million in each of the next five years.

Moreover, the governor has proposed limiting the state's share of the obligation to supportive housing. In the previous three NY/NY agreements the state was accountable for 80 percent of funding, while New York City was responsible for the other 20 percent. NY/NY IV, which will go into effect next year, stipulates a 50/50 split.

"The funds [Governor Cuomo] included for NY/NY for housing for the homeless are important, but not nearly equal to the enormous needs," Mayor Bill de Blasio said while testifying at a joint budget hearing of the state Assembly and Senate earlier this year. "We also strongly object to the request that the city fund half the operating cost of these units, something that was not done in the past. The program should be structured like NY/NY III and provide full state operating funds for these units."

De Blasio's capital budget has supported the creation of 12,000 units over the next decade with a commitment of $2.1 billion in the ten-year capital budget for special needs housing, $100 million of which is appropriated specifically toward combatting homelessness this year.

"Clearly, there must be a greater investment of state resources to match both the need and the city's more realistic planned investments," said Shelly Nortz, The Coalition of the Homeless' executive director of policy, during her testimony at the state budget hearing on housing.

Along with Coalition for the Homeless, 16 of New York's top homeless advocacy groups as well as over 200 businesses and organizations endorsed a letter to Governor Cuomo urging him to amend his proposal. "As NY/NY III comes to a close it is time to raise production up to a level that begins to responsibly meet the staggering need, not to reduce production by half. The lives and well being of tens of thousands of fragile New Yorkers depend on bringing this proven solution to homelessness to scale in New York."

According to Dr. Daniel Herman, a professor and associate dean at the Silberman School of Social Work, the key to supportive housing is that it "links the provision of housing with social services, instead of treating illnesses first, then attempting to find housing afterwards."

Renting one's own apartment in the supportive housing program fosters a sense of freedom and responsibility in participants while they are also still provided important mental health services. The program allows those fortunate enough to gain a spot the opportunity to normalize their lives and experience the pride and self-reliance that often motivates people to alter detrimental behavior.

"The treatment is the relationship," said Stuart. "These are individuals who, for one reason or another, basically lost all of the ties to friends and family that we rely on to keep us going. Supportive housing artificially and professionally replicates this."

"If you need anything, they'll direct you on the right path," said Philip Harris, 53, an army veteran who was placed in supportive housing after suffering from severe depression and chronic homelessness.

Once placed, Harris said it hit him, "Wow, somebody's actually concerned for my well-being. That gave me inspiration."

After being homeless for more than three years, Harris now works as a chef and home improvement freelancer. He also attends the New York Film School where he studies film editing in hope of becoming a videographer for the Barclays Center. He rarely experiences bouts of depression anymore.

"It has a very positive effect," Scott McDonald, a peer specialist for assisted competitive employment services at Project Renewal, a New York City-based homeless services organization, said of consistent supportive housing and it's ability to place formerly homeless people back into the workforce. "When they have a purpose to get up everyday it makes the individual excited about life."

In addition to being a highly effective solution to chronic homelessness, supportive housing is extremely cost effective. According to a study by the New York City Department of Health and Mental Hygiene, the cycle of chronic homelessness drains tens of thousands of dollars from government coffers each year. Ultimately, the study concluded that when compared to homeless people who remain in the shelter system, each tenant in supportive housing saved taxpayers $10,100 annually.

The only seemingly valid detraction to supportive housing is its expensive start-up costs. In order to create the 9,000 units apportioned in New York/New York III, the city and state collectively spent roughly $900 million over ten years.

For those with intimate knowledge of the homeless community, the benefits far outweigh the costs – especially over time. When considering the homelessness crisis in New York City, many in the public look to the city administration, but there are also key state decisions and mechanisms at play. For Governor Cuomo, it does not appear that building upon New York/New York supportive housing is a priority, leaving doubts about its chances of future success.