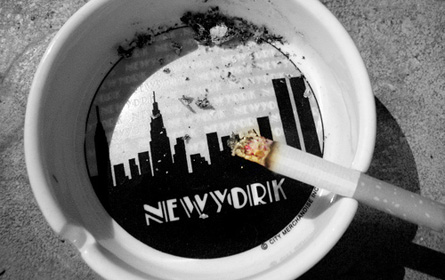 Making the Rules on Runing and Ruling: Michael Bloomberg's handling of issues involving elections and governance raises the question: Is he above politics or a politician whose wealth lets him play the game in a different way?

Public health policy under the Bloomberg administration is understood popularly as "you're going to live healthier, whether you like it or not."

Michael Bloomberg heralds a number of achievements in his eight years in office -- forcing chain restaurants to post calorie counts and instituting bans on indoor smoking and the sale of food containing trans fats. These things stand along side more positive measures, such as Bloomberg's move to grant 1,000 permits in 2008 to "green carts," mobile food vendors offering fresh fruits and vegetables.

In Bloomberg's eyes, all his efforts certainly have paid off. When the two-term mayor received the Julius Richmond Award from the Harvard School of Public Health in October 2007, he hailed his administration's accomplishments: "The result is that New Yorkers are living longer than ever and, for the first time since World War II, living longer than the average American -- and that gap has grown every year since 2001."

Bloomberg's health legacy spreads beyond the bitter smoker standing outside a bar in the rain or the Coney Island visitor thinking twice about ordering the 1,000-plus calorie cheese fries at Nathan's to a range of policies affecting New Yorkers' lives.

When it came to the Department of Heath and Mental Hygiene, like many agencies, Bloomberg chose the individual he believed was the best person to run the agency. No one could argue with Thomas Frieden's credentials to be health commissioner. He left the department this year to head the U.S. Centers for Disease Control and Prevention.

Not everyone approved of the job he did, however. The dissenters include HIV-AIDS activist groups such as Housing Works. It has accused Frieden of being secretive and uninterested in community input in policymaking, as well as focusing too much on data tracking and health monitoring and not enough on direct care.

Judith Arroyo, who as president of Local 436 of District Council 37 represents city health workers including public health nurses, said that the latter complaint reflects a general change in the field of public health over the last two decades. She said that Frieden, like many in the profession, was moving away from direct care and into tracking trends so he could shape future response methods.

"He reorganized and prioritized his money differently," she said. "A lot of it went into education and tracking, the electronic health record. That's going to help a lot."

Not many municipal labor leaders speak so highly of their former management counterpart as Arroyo does of Frieden.

"As far as I was concerned he was an excellent health commissioner," she said, noting that Frieden instituted measures to hold community health groups and city programs more accountable for their performance. "You needed a commissioner to take the department of health in hand and shake it up and send it on the road to the new public health issues that are out there."

She added, "Before then we had all sorts of programs, [but] nobody was asking for results, saying, 'Is this really working?'"

The Kids Are Not Alright

One shortfall of the administration, according to several health advocates, has been health-care for children.

During his first campaign, Bloomberg promised to centralize school-based health care under the health department rather than have it under the now-defunct and oft-maligned Board of Education. He didn't keep the pledge, Arroyo said, and instead power sharing between the health and education departments has created bureaucratic confusion in school health care.

"When you got two people in charge you got no one in charge," she said. The result, according to Arroyo, is inefficient delivery of health-care in the schools.

Funding for school healthcare has been cut due to the city's budget shortfalls. While members of Arroyo's union have not suffered layoffs, some clerical staff supporting school nurses have lost their jobs. This, Arroyo said, has made it more difficult to keep track of children's health.

"Now the nurse is in the school by him or herself trying to do everything," she said. "And when you leave someone there without assistance, especially without clerical assistance, then the nurse has to prioritize and the result is the paperwork, the statistical data goes on the bottom of the list because the nurse is going to help the child first. Then [the city is] not getting the data that they need to make decisions about schools and resources. â€¦ The program is not going to data entry itself."

"Nothing that anybody said could convince the health commissioner not to do that," said Judy Wessler, executive director of the Commission on the Public's Health System, a two-decade old health-care advocacy group.

At the time of the closing, the Department of Health and Mental Hygiene said in a statement, "We would very much prefer not to have to make this service reduction. However, lacking other options, the agency decided to eliminate a service that is available from many other sources." 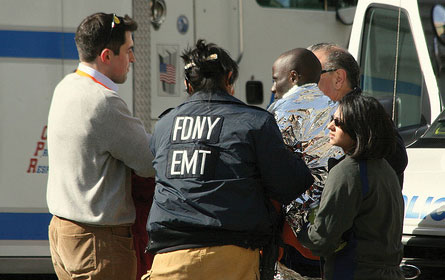 When Bloomberg was first elected the Emergency Medical Service already had been a part of the Fire Department for several years (it was previously under the auspices of the Health and Hospitals Corp.).

Union leaders representing emergency medical workers often have complained that their members are "second-class citizens" next to the firefighters, so often lionized in the public eye. But it's more than just living in the shadow of the "Bravest." The emergency medical workers have a lower pay scale that leads to high attrition rates. Skilled responders either seek promotion to firefighter or find work elsewhere rather than move up to the Emergency Medical Services officer corps because the money isn't enticing enough.

Moreover, in the last round of budget negotiations, the City Council came up with funding to stop Bloomberg's plan to eliminate 16 fire companies but did not spare the cut of 30 ambulance tours. Patrick Bahnken, who as president of DC 37 Local 2507 represents FDNY Emergency Medical Technicians and Paramedics, said this will result in a slower response to medical emergencies. In addition, he said, it will cost the city revenue because the private ambulances that will take care of the tours may take patients who might otherwise have gone to a public facility to a private hospital.

Fire Department officials have noted that, despite the cuts, the number of ambulance tours has increased since the Fire Department and Emergency Medical Services merged. Response times continue to fall from year to year, one spokesman repeated, but union officials argue morale is falling as well.

With two hospitals recently closing in Queens, along with the emergency medical cuts, Wessler foresees problems.

"There's clearly a backing-up of emergency rooms and that's been very clearly shown," she said. "There very possibly is also an extended time for ambulances."

For Wessler, Bloomberg has done a better job overseeing the Health and Hospitals Corp. than his predecessor, Rudolph Giuliani.

He has "shown a lot more care for HHC and the public hospitals," she said. "That's been really important."

However, Wessler expressed concern that the city has not done more to provide direct care outside of the public hospital.

"Access to care issues other than in HHC have not been a strong point in this administration," Wessler said.

But referring to Frieden's successor, Thomas Farley, she said, "Could that change under a new health commissioner? We're now in discussion with him."

Ari Paul is a reporter for The Chief-Leader, a weekly newspaper covering the New York City civil service. He is also a correspondent for Free Speech Radio News, and a columnist for the on-line publication, The Faster Times.