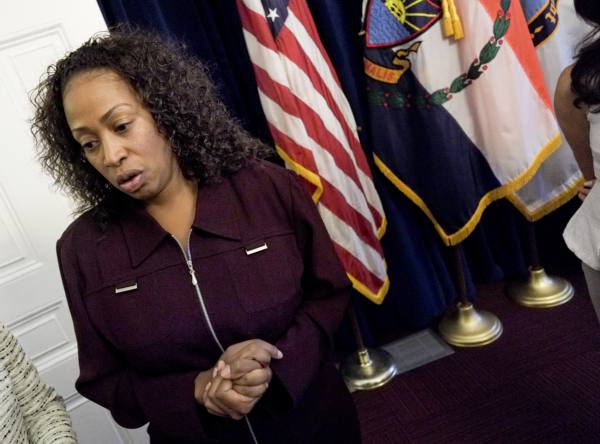 NEW YORK — Angie Welfare worked at John F. Kennedy International Airport for more than a decade, often carrying as much as 70 lbs of boxes for a major airline. In 2006, when she found out she was pregnant, a doctor told her to lessen her workload to 10 lbs.

Welfare asked her supervisor to put her on lighter duty. Her boss refused. She took an eight-week leave of absence — without pay and without medical coverage — when she was eight-months pregnant. Welfare said she applied for food stamps for the first time in her life and her home in Jamaica, Queens, was put into foreclosure.

"I planned to work," said Welfare, now 45. "I've always worked to take care of myself. And that was taken away from me."

Stories like Welfare's, said City Council Speaker Christine Quinn, led to today's bill to expand the city's Human Rights Law to prevent employers from discriminating against pregnant workers. The bill was approved 47-to-0, with one abstention, at the Council’s stated meeting.

"No woman should ever have to be forced to choose between the health of herself or her baby and her job," Quinn said in her prepared statement.

The speaker said one-fifth of discrimination charges made to the federal Equal Employment Opportunity Commission are pregnancy-related. Over the past decade, Quinn said, those complaints have increased 35 percent.

Mayor Michael Bloomberg’s office affirmed this afternoon that he supports the bill.

The outgoing mayor has been a staunch defender of the business community and unsuccessfully vetoed a recent bill that made it illegal for employers to discriminate against the unemployed because it would "damage lots of small business.”

The sponsor of the bill aimed at prohibiting discrimination against pregnant workers, Bronx Councilman James Vacca, explained how the law's main purposes are both to enshrine protections for pregnant employees and to provide employers with a full understanding of the new law as a preventative measure.

"I think the aim of the legislation is very clear: We want to reduce the cases that end up going to court or to the Human Rights Commission," he said. "We want clarity, though, and that's what employers will be getting."

Vacca said he hadn't heard of any opposition to the bill from the business community.

Under the new law, women can bring actions against employers in civil court for damages and for other remedies, including requiring the offending business to reform its practices.

Similarly, women can bring a complaint to the city's Human Right Commission, which can order the employer to halt its practices, hire back employees, require back-pay for said employees or provide compensatory payments for damages.

Those employers that the commission finds a fault who fail to comply with the commission's orders can be fined anywhere between $50,000 and $250,000. Willful violators can be found guilty of a misdemeanor with possible jail time and more fines.

Welfare still works for the airline. Currently on a medical leave of absence, her civil case against the airline has been on hold since the company filed for bankruptcy in late 2011. But her baby, Arnetta, was born healthy in 2006, and she found out she was having another child soon after.

This time, Welfare, who first shared her story with the council's Committee on Civil Rights in June, said that she hid it "so that this would not happen again."

"I does not feel good when you wait years hoping justice ill be one but having no guarantees," she said in her testimony. "I hope this law is passed and future women in my situation will be helped."