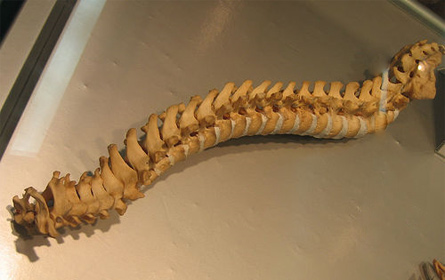 State trooper Paul Richter was lying on the ground, looking up at the man who had just shot him. Death seemed all but certain. The Queens-born Richter had been shot in the leg, arm and neck while checking out a vehicle that had been used in the robbery of a sporting goods store, and the shooter seemed ready to finish him off.

"Nah, he's dead," the shooter's accomplice said, giving Richter a reprieve. But the 1973 encounter in Lake Placid left Richter paralyzed for months. Eventually he was able to regain some function of his legs and can walk with the assistance of a cane.

Since then Richter has dedicated himself to helping people paralyzed by spinal cord injuries. "I've never got a penny for doing this. I can't golf anymore, so I spend my time and money this way," he joked.

Now, though, the program that Richter created -- the Spinal Cord Injury Research Board -- is slated to fall victim to the state's fiscal crisis. The board is scheduled to be phased out under Gov. David Paterson's 2010-2011 budget proposals. Supporters of the program say losing it will do immeasurable damage, not only to the field of spinal cord injury research but to the state's overall economy as well.

A Program that Funds Itself

In 1998, with the help of friends and influential people like Christopher Reeve, Richter got the state to create the Spinal Cord Injury Research Board, which distributes research grants to facilities all across the state. To fund it, the state placed a surcharge on fines for moving traffic violation.

"It’s a self-sustaining program,” Richter explained. “It was an idea I had to try to raise money, and most spinal cord injuries result from automobile and motorcycle accidents."

Representatives of the budget office say the board is an unfortunate casualty of the state's dire financial situation. Facing a deficit of as much as $9.2 billion the administration says it needs to keep money from the surcharges in the general fund. The budget would cut $6.7 million scheduled to go to the board and instead keep it in the general fund.

Supporters of the board, such as Terry O'Neill, a friend of Richter's who helped get the bill that established the board enacted, say the state cannot do that.

"The statute is written very specifically, saying that the funds must be used for spinal injury research," said O'Neill. "Someone would have to rewrite the law, and I would like to know who that is, and I would go and confront them."

But Jessica Basset, a spokeswoman for the State Division of the Budget, contradicts that notion. "The money moves through the general fund first, and the law says a certain amount may be transferred into the (spinal cord) fund--up to $8.4 million. It provides a limit but does not provide a floor," she said.

According to Basset, the state intends to honor over 40 existing contracts that total over $25 million but will not be making any new grants.

Fighting for the Program

Some advocates of the program say they have heard that the health commissioner Richard Daines does not think the program has produced clinical results that are immediately improving lives. Advocates admit they have not heard this directly from the commissioner but the notion is out there. Daines could not be reached for comment.

Jeffrey Hammond a spokesman for the State Department of Health, said that "some tough decisions had to be made during this difficult time." He said the program is being phased out but current contracts will be honored through 2014.

O'Neil has not heard anything specifically from Daines and suggests the cut may be symptomatic of how the budget process works. "I think if it worked as the process usually does the agencies were told to come up with things to cut, and someone just put it on the list to see if anyone protests," he said.

So now the supporters are protesting and publicizing how much they think the program has done in the area of spinal cord injury research. On Wednesday a group including O'Neill, Richter, Ratan and other experts in the field met with legislators to convince them to spare the program. Their final meeting was with representatives of Assembly Speaker Sheldon Silver's office. Silver has been an outspoken supporter of stem cell research. The staffers assured the group that they are looking at the value of each program slated to be cut in Paterson's budget but no guarantees were made to save the program. Sen. Neil Breslin who met with the group earlier in the day said it made no sense to cut a self sustaining program that is attracting more money to the state. He said he had written a letter to Sen. Tom Duane chair of the Senate Health Committee. The board, O'Neill said, "picked a very distinct problem -- nerves don't regenerate--and we've funded different ways of attacking that problem: pharmaceutical, physical therapy, robotics, cell transportation."

For Nancy Lieberman the benefits of the program are immeasurable.

A ski accident in 2007 left Lieberman a quadriplegic, unable to accomplish some of the simplest tasks, like brushing her teeth. As a powerful Manhattan corporate lawyer Lieberman was used to being in total control, but her accident left her at the mercy of others. Thanks to physical therapy involving the use of robotics, therapy she receives at a clinic partly funded by the state through the spinal cord injury board, Lieberman has been able to regain the use of her hands.

"Because of this therapy I can work. I can turn the pages of a book. You tell me how important that is to a lawyer. How do you quantify that? For the first time I can lie in bed and read the New York Times. How do you quantity being a mother with a 10-year-old son and being able to feed him breakfast?" Lieberman said.

Lieberman receives therapy at the Burke/Cornell Medical Research Institute. The process involves strapping her arm into the "wrist machine," as she calls it. Lieberman looks into a screen and is prompted to make certain motions. Repeating the motions builds strength where once she had none.

Usually, Lieberman said people with spinal cord injuries do not continue to improve three years after their accident, as she has. "The further out you go, what you have is what you get, but the opposite is true for me" she said, Because of the strength I have from the therapy at Burke I can now pull a door open. You tell me if that's worth funding."

"The weight the robots put on the nervous system allow the brain and spinal cord to repair and increase function,” said Dr. Rajiv Ratan, director of the institute.

Ratan said the program would not exist if it were not for the funding. He says the state provides a little over 10 percent of funding for his program but because of the state money his program was able to leverage grants from a bevy of other sources. He said the state funding led to his recruitment at Burke and has helped establish a network of researchers across the state who share data on what works.

"The state funds are a magnet for money into the state," said Ratan, adding that the state grants not only lead to grants from the federal and private sectors but also to the creation of more medical facilities and the recruitment of students into the field. "So it makes no sense on a moral level or on a strictly financial level" to cut the program, he said.

Ratan describes a 21-year-old who jumped into the shallow end of a pool and became paralyzed seven years ago. "Seven years later he has regained muscle function. We were able to restore function in ways that are really unheard of," he said.

Richter and his associates have been lobbying legislators on the effectiveness of their program. They point to research the Spinal Cord Injury Research Board funds at Columbia University, the University of Rochester and the University at Albany-- all programs that have demonstrated real results.

Stem cell biologist Sally Temple, whose research at the New York Neural Stem Cell Institute receives about 20 percent of its funding from the state program, won the 2008 MacArthur "Genius" award for her research into treating spinal cord injuries. She says losing funding could lead to layoffs of her staff. She said a number of her colleagues who were considering moving their labs to the region are now looking elsewhere because the program is in jeopardy. The state has built a reputation as a bastion for this kind of research since the program was formed in 1998 and now the network of researchers and the reputation hangs in the balance.

O'Neill and Lieberman both say the state should not cut back on funding for this kind of research at a time when so many veterans from Iraq and Afghanistan have suffered head, neck and spinal injuries. "How are we going to tell veterans that we can't fund this research?" asked Lieberman. "They are coming home from Iraq and Afghanistan paralyzed. Do we tell them that they have to live like that?"

Treating people so they can return to work also will save the state money in the long run, Lieberman notes. "They say Medicaid costs are killing the state," she said. "Well, I agree. So they should use the money and put people on these machines. Fund the research that has let me go back to work. I couldn't do anything, but now I'm back at work as a lawyer."

Ratan said the machines cost anywhere from $12,000 to $75,000 to purchase. His main concern is testing the machines to find out exactly which kind of spinal cord injuries the machines benefit and how long therapy should be used. He said plans were underway to start a study of robot therapy on 500 patients. Ratan said the study will not likely take place if the state funding program is canceled.

Lieberman says she knows it will take collaboration and work on a number of different therapies just to help her improve. "There is no silver bullet," she said. "Spinal cord injury is very complicated. No one is going to inject me one day and I will be able to walk the next day. My muscles are atrophied. I would need all sorts of therapy to get that back. It might not be stem cells; maybe robotics, all sorts of electronic stimulation to solve the problem."

But she has made real progress. She can now lift a toothbrush -- an electronic one at that -- to brush her own teeth. When her van is in the shop she now feels capable enough to take the bus home by herself. And she credits all that improvement to the therapy she receives at Burke. She just hopes more people will get the same chance she had.

"I met a man who said the state pays $300,000 a year for his care. Why can't we take that money and put people on these robots?" asked Lieberman. "Think of the money. You can't quantify that -- giving someone back the ability to support themselves."