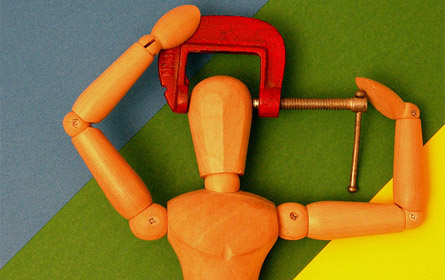 Politics might be bad for your health. As the state confronts huge budget deficits, Gov.-elect Andrew Cuomo will almost certainly face enormous pressure to slash spending on health care, particularly the Medicaid program for low-income people.

So it may come as a surprise that one expert and key player in state health care policy, Richard Gottfried, who chairs the State Assembly's Health Committee, wants to spend additional money to beef up the state's brain trust.

Gottfried has other goals as well. They include, in his words, "promoting alternatives to nursing home beds and strengthening home care and strengthening primary care to help avoid unnecessary hospitalization," as well as "better integration of health care so that the health-care system can profit by people keeping healthy instead of profiting by increasing volume of procedures." He believes that the federal health-care reform bill, if it survives Republican attempts to repeal it next year, will help the state implement some of these programs.

"You get no political support for putting money into central administration. That's about as exciting as a Crisco sandwich, but it is absolutely necessary if we're going to make any kind of progress," Gottfried said. "Has anyone ever marched on Albany saying, 'We need more bureaucrats'? They don't arrive in an ambulance when you're having a heart attack; they're at a desk in Albany, hopefully trying to remake the system."

Medicaid -- not bureaucrats -- will almost certainly get the attention when the new governor and legislature take office in January. Medicaid expenditures in the state exceed $50 billion per year, making it tempting target for cuts.

In fact, Cuomo, as the state attorney general, won high-marks for investigating Medicaid abuse; last year the U.S. Health and Human Services Department named his Medicaid fraud unit the best in the country. Although McKnight's Long Term Care News reported that Cuomo has vowed a "fundamental restructuring of Medicaid," details of how he plans handle costs when he takes office remain a mystery. Whatever cuts or reforms he might pursue will likely spark opposition in the Assembly and from unions.

Outgoing Lt. Gov. Richard Ravitch suggested, for example, limiting eligibility, such as denying Medicaid to childless adults. And Albany Republicans earlier this year called for a variety of measures that they say will rein in costs. According to a statement from State Sen. Betty Little's office, a March report recommended, "requiring recipients to choose a primary doctor and a primary pharmacist, similar to managed care plans; allowing elected comptrollers, treasurers or other appointed officials to audit Medicaid claims; and preventing individuals from being forced to go to other counties or states for long-term care."

Gottfried warned that such moves would hamper the overall health-care apparatus in the state.

"You are not just cutting the care for people who are on Medicaid," Gottfried said. "If a nursing home or a hospital has to lay off staff because of Medicaid cuts that affects everyone at the institution, rich and poor alike."

Gottfried supports funding Medicaid through higher taxes on the wealthiest 1 and 2 percent of the state’s population.

Shaun Flynn, the director for governmental affairs at the New York State Nurses Association, agreed that Medicaid cuts hurt across the board.

"You don't see cuts in CEO salaries," he said. "It comes out of direct-care staff, which has a huge impact on how patients receive care in these facilities."

To counter that, the nurses association advocates a mandate on all hospitals to maintain a set patient-to-nurse ratio, similar to the one in California.

"It's something that's been pending in our legislature for some time," Flynn said. "We're hopeful that Cuomo will ask the tough questions that no one else has. What New York hospitals say is, 'We can't do it,' but they can't explain why California can."

To help fund this, the nurses association, which is both a union and a professional organization, supports a tax on sugary beverages along with the Doctor's Council (a Service Employees International Union affiliate), on grounds that it would provide needed revenue for health care and reduce obesity. But some unions like United Food and Commercial Workers Local 1500, whose members work in grocery stores, argue that such a levy is a regressive tax, and the bottling industry managed to scuttle a similar proposal earlier this year.

The transition team that Cuomo has appointed to advise him on these issues consists largely of hospital management representatives. Other than nurses association President Karen Ballard, there are "no voices representing the physician community or community health centers," and "few voices from the health-care policy or academic world, or labor," Gottfried said.

Cuomo broke Democratic Party tradition in his campaign this year by heaping blame for the state’s budget mess on state-worker pensions and pay, resulting in few unions backing the nominee and a half-hearted -- and some say short-sighted -- endorsement from the Working Families Party.

So it wasn’t too much of a surprise when Cuomo failed to initially place a representative of 1199/SEIU, the state's strongest health-care union, on his transition team, although he later brought aboard its president, George Gresham, to smooth relations.

But Flynn believes the inclusion of the nurses association indicates that health-care advocates could get their point across. And that's good news to anyone concerned about the other big health issues in the state, whether it is an infant mortality rate one group has called "disgraceful" or the fact that three major hospitals in New York City have shutteredin the last few years.

"It shows a willingness to listen to people," Flynn said of the Cuomo transition team. "From NYSNA's perspective that's all we're really looking for. We believe the strength of our arguments are enough to win on their own."