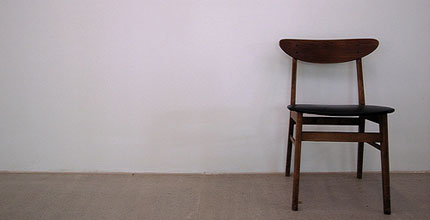 Photo (cc) So gesehen
How to fill an empty seat?

New York City recently held a special election to fill three vacant City Council seats in Queens and Staten Island. In the weeks leading up to the Feb. 24 voting, campaigns of the council hopefuls went into hyper-drive, filing petitions, raising money and knocking on doors. Now another campaign is underway -- this time for a special election on April 21 to fill the post of Bronx borough president, left vacant by incumbent Adolfo CarriĂłn's move to Washington to work in the Obama administration.

Special elections demonstrate some of the tough challenges of running a campaign in New York City, with a shortened time frame amplifying the pressure to win. Despite that, they are generally seen as a fairer way to fill vacancies than appointments -- which have come under attack following controversy surrounding the filling of U.S. Senate seats in New York and Illinois -- and can promote much needed, yet often lacking healthy competition.

In New York City, special elections to fill vacant City Council seats are nonpartisan, as opposed to special elections for State Senate or Assembly where party committees select the party candidate behind closed doors. (For more on this, see Citizens Union Foundation's report Circumventing Democracy.) This means that in municipal special elections, there are no official Democratic, Republican or Working Families Party candidates. Candidates must create their own party names and symbols to be put on the ballot next to their name.

Once candidates submit their petitions, they confront ballot-bumping a favorite political sport in New York City where candidates scour arcane rules and regulations to try to push rivals out of the election. In a special election, the extra tight schedule means ballot challenges and appeals can easily consume entire campaigns. This was the case in District 49, where candidate John Tabacco fluctuated between being on and off the ballot several times, and was only finally reinstated on the day before the election. As a result, voters in Staten Island's 49th Council District had to vote on paper ballots. Tabacco lost.

The victors in the three contests will serve until Dec. 31, 2009 and will have to run again this fall if they want to secure their seat beyond that. Those who lost their races in February already may be gearing up to run in September's primary election. Often candidates who win special elections go on to victory during the regular election season -- particularly in the case of the partisan State Senate and State Assembly special elections -- but not always. Anthony Como won the 2008 special election in District 30 in Queens to replace City Councilmember Dennis Gallagher but went on to lose his seat during the 2008 general election, when state law required him to run again.

In contrast to holding a special election, state law provides for vacancies to be filled by appointment. According to New York's Consolidated Public Officers Law, Sec. 42, 4-a, the governor has the authority to make a temporary appointment to fill the vacancy, depending on when the vacancy occurs. For other positions, including state attorney general and state comptroller, the state legislature chooses who will fill the remainder of the term. In 2006, following the resignation of State Comptroller Alan Hevesi, then Gov. Eliot Spitzer and the legislature clashed over who should be appointed. The state legislature ultimately filled the position with an assemblymember, Thomas DiNapoli, rather than one of the governor's preferred candidates.

While special elections at the state and local level have been criticized for low voter turnout, New Yorkers recently saw some of the pitfalls of filling a seat by appointment when Gov. David Paterson had to appoint someone to Hillary Clinton's Senate seat after she became secretary of state. Following much speculation about whether he would name Caroline Kennedy, Paterson ultimately selected then U.S. Rep. Kirsten Gillibrand. The whole process was assailed in the press, prompting calls that the state holds special election to fill any future vacant U.S. Senate seats. There is some precedent for this as states including Oregon, Texas and Vermont, among others, select U.S. Senate replacements through special elections.

The Next Special Election

On March 2, Mayor Michael Bloomberg announced the special election to fill CarriĂłn's seat will take place on April 21. This election has already been the subject of much press. State Assemblymember Ruben Diaz Jr. has already declared his intention to run and newspapers report that City Councilmembers Maria del Carmen Arroyo and Larry Seabrook also are exploring a run. This election - similar to the Feb. 24 City Council special elections -also will be nonpartisan, although, as with other city races, parties will be able to make endorsements. The Bronx Democrats have already endorsed Diaz.

While nonpartisan elections are one way of trying to increase the number of candidates that run in elections, other reforms that many good government groups have suggested include improved ballot access laws, campaign finance laws, strengthening voting rights and other election reform as ways to continue this trend of increased competition. As New Yorkers look to their next nonpartisan special election, it would be wise to consider what it takes to run a six-week campaign, and for those who can vote -- in this case, residents of the Bronx -- to go to the polls. It's one way to continue the process toward fair and competitive elections.