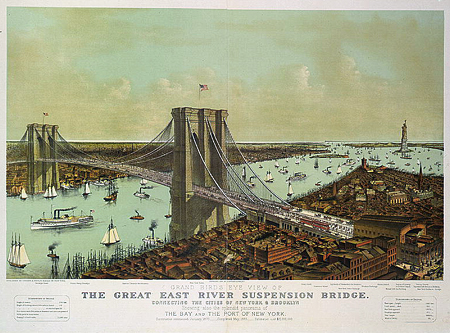 With the Triborough Bridge now known as the R.F.K. Bridge, New York City is evidently in a re-naming mood. May I suggest that we finally lend a proper name to the East River?

The indigenous name for the waterway is murky. The two most credible candidates, Pawkatuck and Muscouta, describe the course as "an estuary with a waterfall" or a "marshy place," respectively, according to Algonquin scholar Evan Pritchard, author of Native New Yorkers: The Legacy of the Algonquin People of New York. The East River never boasted waterfalls, but a treacherous rocky whitewater section was blasted open in the 19th century with the then-largest controlled explosions in history. The marshes we eradicated more quietly, smothered by landfill or poisoned by pollution. While it's important to remember our history, neither Native American name captures the character of the East River today.

Early Dutch explorers bypassed indigenous names for our waterways, tagging them instead with convenient shorthand to frame their territorial claims: the North River, South River and East River. While the former two became known as the Hudson River and Delaware River, the East River remains stuck with a placeholder name.

This even though the East River is not a river at all. This 16-mile long strait links the Upper Bay of the harbor with Long Island Sound. Unlike a river, it has no fresh water source. The flow between Manhattan, Long Island and the mainland simply rises and falls and sloshes back and forth each day with ocean tides. It's true that the Hudson River is also tidal up to Albany and not a true river within our city. The Hudson River's source, however, is the fresh waters of Lake Tear in the Clouds. The lower Hudson River is an estuary, an arm of the sea that includes the strait we call the East River.

Renaming the East River has had several near misses. Some navigators called the passage the Sound River, for its eastern connection. Hell Gate, that dynamited central bend of the waterway between Randalls Island and Astoria, was named through an Anglicization of the Dutch hellegat, meaning "bright passage." That name, a bit of a double entendre perhaps, could have referred to the strait's entire length.

When our forbearers renamed the North, or Mauritius, River for Henry Hudson's historic 1609 voyage aboard the Half Moon, they might have extended a similar honor to Adriaen Block for the East River. Block's ship, the Onrust, explored the East River just five years after Hudson. The ship, the first trans-Atlantic vessel built in the Americas, was also the first vessel with a European crew to sail through from Manhattan to the Long Island Sound. Indeed, with this year marking the 400th anniversary of Dutch exploration of our harbor, a "Block River" movement might surge. 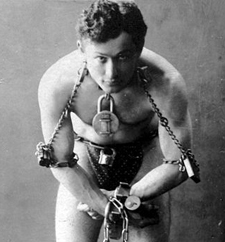 Instead let's rename the East River for the outrageous metropolis it nurtures. For ourselves. After all, this is our premier waterway. Each bank of it is a borough, with Brooklyn and Queens on one side and the Bronx and Manhattan on the other. Our most stately bridges span it, and on its bed lay our darkest fears and fantasies of disappearance. Ghosts glide over its surface, from the thousands of patriots who died of starvation and disease aboard prison ships on Wallabout Bay during the Revolutionary War to the over 1,000 lost in the General Slocum ferry disaster of 1904.

The strait carries our lore, like the story of Ehrich Weiss, the sickly teenager who swam its turbulent waters to build up his strength and who became the Great Houdini. The infamous pirate Captain William Kidd lived a Manhattan gentleman's life in view of the bustling East River piers while smuggling through Cripplebush, or Williamsburg, Brooklyn. Moby Dick begins with a walk from "Corlears Hook to Coenties Slip, and from thence, by Whitehall northward." Georgia O'Keeffe painted the East River with the focus she brought more famously to the desert. By contrast, the Hudson River is shared by New Jersey and a horde of counties and towns up north. It is they who are celebrated in the Hudson River's stories and paintings, not us.

The East River, like New York City, is far less dirty and dangerous than it once was. But it remains a roiling place of restless energy - only recently its currents sheered off the blades of electric turbines meant to harness it. Like our city of late, it lures dreamers into even the most daunting conditions; divers still descend in hopes of finding gold from the HMS Hussar, claimed by Hell Gate in 1779. Today sailors, paddlers, anglers, and swimmers are once again discovering that its beauty provides a new way to love New York City.

This water pass is ours, and it is us. Call it the Gotham Strait.

Erik Baard is a writer whose family has worked New York Harbor for generations on tugs, barges and in marine construction, along with some rum running. He founded the LIC Community Boathouse to provide free kayaking on the East River, co-wrote a book of historic images of the waterway and is working to start a World Boatbuilding Museum. His blog is at www.naturecalendar.com.