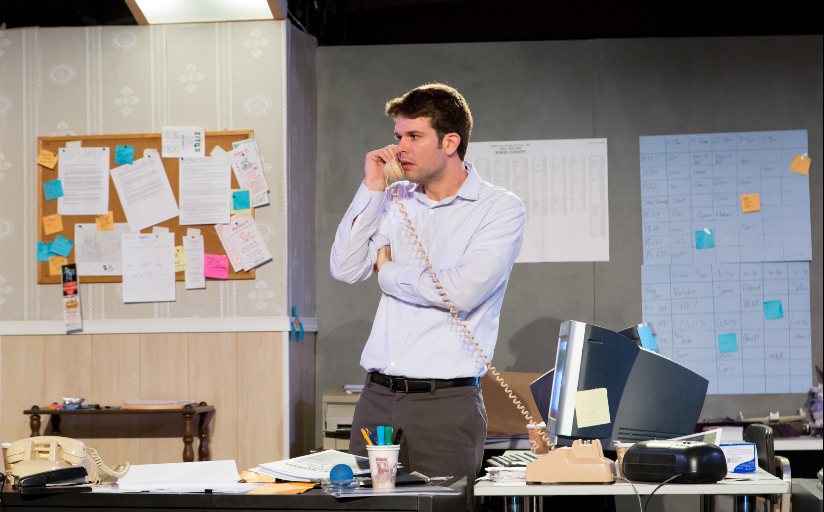 The hoary axiom that "politics ain't beanbag" is most often used these days when a candidate hits an opponent's character hard. But beanbag refers not just to a soft object that won't hurt; it's also a game with agreed-upon rules. And whether to play by, bend, or break the rules makes for good drama, whether on the campaign trail or stage. Working in the tradition of Gore Vidal's 1960 classic The Best Man, playwright Robert Carroll applies these questions to the rough-and-tumble world of New York City politics.

Set in Bill de Blasio's former city council district in and around Park Slope, Carroll's The Believers explores the world where most decisions get made: campaign headquarters. It's here where lead staffers hash out battle plans, often without the candidate's direct input. Carroll's play uniquely captures the adrenaline-rush felt inside campaign HQ as the day of reckoning approaches. And the Storm Theatre serves up a strong, fast-paced production, one that anyone interested in politics will likely appreciate.

Carroll, nearing 28, has grown up in city politics (and is currently the president of Central Brooklyn Independent Democrats). I asked to him to explain some background of the piece.

Your play is addressing a key ethical dilemma that arises in campaigns regarding 'how low will one side go?' in order to win. But most campaign decisions are really based on cold practical calculations. So are the "believers" here the starry-eyed idealists?

Practicality and idealism are often times thought of at opposite ends of the intellectual spectrum, but I think the play actually shows how idealism can lead to extremism and how those convictions can make people do terrible things under the guise of practicality. The main character betrays his idealism at the beginning of the play because he is so sure of the righteousness of his own beliefs. The conflict of the play revolves around whether the campaign will engage in defaming its leading opponent with a salacious piece of campaign literature on the morning of Election Day in hopes of suppressing Hasidic turnout in Borough Park. The main character—Chris, the campaign manager—justifies to himself that his decision to do the underhanded is morally valid because he believes the other side is so bad that no matter what he does the other side would be worse if they were to win. Of course, that underhanded and possibly practical choice made by Chris causes his downfall.

Your bio in the program says that you've worked on "countless campaigns" but the other night I sat next to Josh Skaller (currently a district leader in Brooklyn). He said that the storyline is an amalgam of a few specific races. Can you explain which ones?

I would say the play is part amalgamation of multiple campaigns, some of which I rely on more than others for reference points. However, many parts of the play are completely made up. I use my own experience to give authenticity, as well as build on, the larger metaphor about what people are willing to do for their beliefs. A political campaign is part marketing and part debate. Josh Skaller's 2009 city council campaign (against Brad Lander) was used as a foundation for the composites of some the characters and action in the play. I used some of the individuals who worked on that campaign because I personally respect them intellectually and fortuitously their sensibilities and conflict happen to be somewhat divergent from one another, which helps create dramatic conflict.

One of the characters was drawn from a 2010 congressional campaign I consulted on. And I also learned from my father, Jack Carroll, and his campaign work as both a candidate and an election lawyer. The play takes place in a very specific time, which I would rather not divulge since it is not readily apparent and is key to the conflict of the play. But I think it is important to note that I have had many politically astute people come see the show and many have thought certain references were in reference to different people or campaigns. I think this shows the universality of the themes and actions. 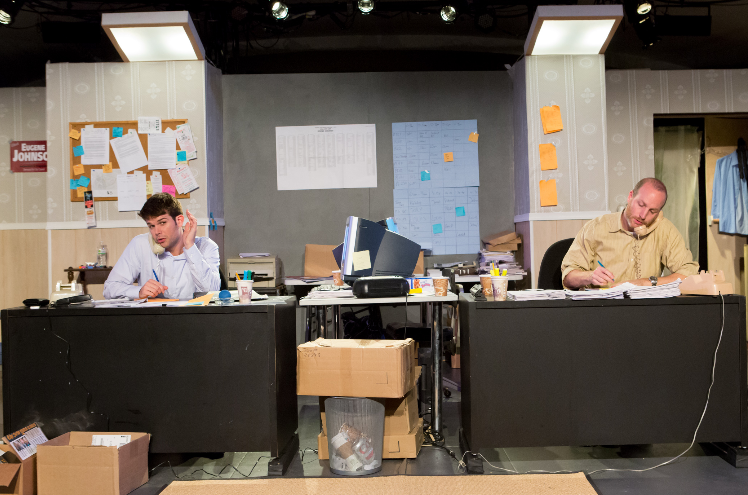 In the play, Chris (played convincingly by Taylor Anthony Miller) wrestles with the fact that his dad is a highly principled person. Are there any lessons he conveyed to you about the importance of staying clean in a dirty game?

I think the central question of the play and the central reason I am interested in politics is answering the question of "how" decisions are made, or the "process." I think if you are going to be involved in politics you should ask yourself 'how do we get where we want to go?' and 'how do we have a more fair system?' The play asks whether process/how we get somewhere is more important than holding the same beliefs as someone. So yes, my father instilled in me and my brothers a sense of fair play and honesty, and that process is very important. And that's what Chris is wrestling with.

As de Blasio's campaign illustrated, so much of politics is about stagecraft--e.g. the LICH arrest, Dante's hair, etc. But your play is about what goes on backstage. What made you decide to give the actual candidate such a minor role?

I wanted to allow the audience to imagine what the candidate was like, in order to create in their mind why these characters would do so much for this mysterious person. Furthermore, I didn't want the themes of the play to become muddled by making it about the personality of the candidates. You mentioned the de Blasio campaign's Dante ad as an example of political stagecraft, and while I agree, that ad also focused on Dante, not the candidate. I think lots of campaign theatrics do not revolve around the candidate but the message or themes they convey. I think often times people project their own feelings or hopes onto a candidate in the belief that it will fulfill something they desire.

***
The Storm Theatre's production of Robert Carroll's The Believers (directed by Stephen Logan Day) runs through November 1 at the Theatre of the Church of Notre Dame in Morningside Heights.
***
Theodore Hamm is chair of journalism and new media studies at St. Joseph's College in Clinton Hill, Brooklyn.
@HammerDaily