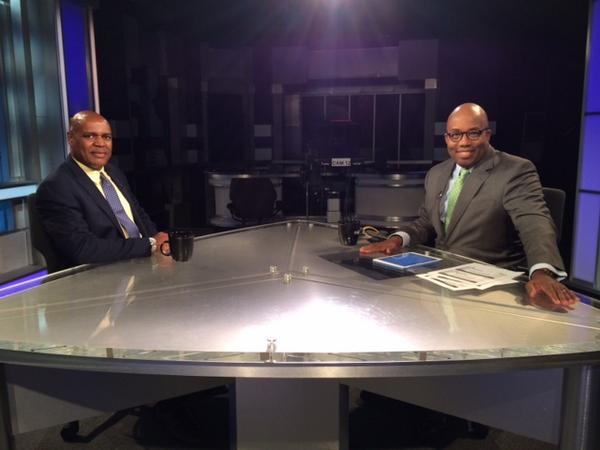 The latest indictment of the Department of Education's management of failing schools was personified last week by Bernard Gassaway, the recently self-retired principal of Boys and Girls High School.

As he stepped down after five tortured years at the helm of the storied Bed-Stuy school, Gassaway took a verbal backhand to the DOE for failing to produce a plan to turn around the chronically failing school.

Predictably, the DOE shot back that Gassaway was the problem and that the they were planning to get rid of him anyway. But the hard truth is that we as a community – from DOE policy makers, Gassaway and school leadership to the parents and surrounding community-based institutions – ultimately failed the students of Boys and Girls and have been doing so for years.

I believe that the wider community of parents, teachers and neighborhood-based institutions - not just a singular principal or a fix-all plan handed down from Mount Tweed - has the resilience to produce a thriving learning environment if it is engaged through an effective community school model.

The mayor, having promised 100 community schools, has already designated 42 of them. Boys and Girls, in a cluster with other schools in the area, should be included in the next round.

Boys and Girls offers robust services as many community schools do, and is the site of countless community events. It also has the support of local politicians. However it struggles to offer the high academic standards and broad collaboration that are essential elements of effective community schools.

A community school model doesn't suddenly address all the challenges posed by poverty, institutional racism, and DOE bureaucracy. For instance, Boys and Girls will continue to fail under any plan, under any leader, if it continues to be used as the high school of last resort. But with adequate resources, intelligently invested in a community school model, Boys and Girls can begin to address the physical and emotional needs of not just the whole child, but the whole family.

While the Children's Aid Society in New York and Community in Schools, a national network of community schools, provide evidence that community schools demonstrate higher academic achievement levels, the model ultimately rises and falls on the strength and organizing skills of the community behind it.

This is a critical moment in the transition for Boys and Girls, which just named Gassaway's replacement. We've all seen principals, who, from a single centralized command, keep parents at a distance, see community institutions simply as service providers rather than partners, and treat peer schools as competitors. With so much pressure to meet city and state standards, schools often morph into fortresses and focus their attention inward. In effective community schools, principals are not dictators, but savvy community organizers and collaborators who know how to harvest the talent of the people and organizations around them.

Neither a new principal nor a new plan by the DOE will alone "fix" Girls and Boys. But within a community school framework, they can both provide a rare opportunity to re-think how to build investment and accountability among a broader set of people deeply engaged in the success of a school.