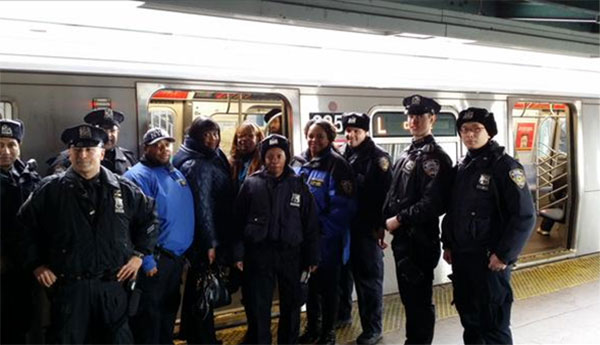 We share many of the recent concerns about overly aggressive, discourteous, and unlawful policing that have been raised in the last several months. Every day hundreds of mostly poor and non-white New Yorkers have unwanted and problematic interactions with the police including unjustified stops and illegal searches, frequent issuances of summonses for non-criminal behavior, and harassment and intimidation by police. Therefore we applaud the holding of a hearing Tuesday by the Public Safety Committee of the New York City Council on improving policing. There is a need for major reforms in how policing is conducted in New York City.

We are very concerned, however, that the leadership of both the NYPD and the City Council are proposing to add 1,000 police officers to the NYPD headcount under the guise of expanding community policing. Too often, community policing means more intensive and invasive policing of minor disorderly behavior that serves to criminalize mostly people of color without dealing with the underlying causes of this behavior like poverty, homelessness, problematic drug use, mental health issues, and more.

The majority of New Yorkers are not actively engaged in the political life of their local neighborhood. Some may be politically active in other venues, others may be focused on national or international concerns, and most are caught up in the daily struggles of home and work.

Part of the problem with so-called community policing lies in the nature of community. Those who are active in community affairs are not always representative of the full diversity of views and experiences in our many neighborhoods. Community Boards and Precinct Community Councils tend to be populated by long-time residents, those that own rather than rent their homes, business owners, and landlords. The views of renters, youth, homeless people, and the most socially marginalized are rarely represented in these bodies.

Community policing tends to turn all neighborhood problems into police problems. Across the country, community police programs have been based on the idea that the community should bring its myriad of concerns about the condition of the community to the police, who will work with them on developing solutions. Invariably, however, the range of community problems extends far beyond serious crime. Why should the police necessarily be the sole or even lead agency in developing strategies to address community concerns about disorder and public safety?

One of the most frequent concerns of neighborhood residents is the presence of low level drug dealing and use. This generates a tremendous number of calls to 311 and 911. Enhancing the ability of police to respond to these community concerns will just further criminalize people involved with low level drug use and sales. The failed "War on Drugs" strategy of criminalizing these activities has done nothing to reduce the availability and negative effects of drugs on individuals or communities, has produced substantial negative collateral consequences for those arrested, and has been a major drain on city resources. The cost of running each bed at Rikers Island comes to over $150,000 a year; money better spent on prevention, harm reduction, treatment, and jobs programs.

There is extensive research that shows that most complaints that "community representatives" take to the police are about "quality of life" problems rather than serious crime. People tend to raise concerns about local disorderly conditions such as noise and traffic, or public behaviors they find annoying such as small-time drug dealing, prostitution, and any gatherings of young people. More intensive police attention to these "community" concerns will invariably lead to further unnecessary and counterproductive harassment and criminalization of many of New York's poorest and most vulnerable.

As an example, at a recent 67th Precinct Community Council meeting in Flatbush, Brooklyn the main complaint of community members was the regular presence of homeless people in and around businesses at the corner of Church and Nostrand Avenues. Some of these people had obvious mental health problems and others panhandled for money for subsistence purposes. The local police commander pledged to respond to these concerns but acknowledged limited capacity and resources to do so. Increased police responsiveness to these complaints, in the absence of new services, will lead to the harassment and arrest of these people in the name of community policing. This is not the kind of improved policing we need.

To the extent that police need to be involved in managing quality of life community concerns, it should be restricted to responding to truly dangerous conditions. The police could also play a role as gatekeeper to enhanced services, such as how Seattle's Law Enforcement Assisted Diversion (LEAD) program diverts low-level drug offenders and sex workers to social services instead of jail. For too long the city has over-relied on the police as first responders to a range of community concerns that might better be dealt with through other city agencies. The police primarily have punitive tools at their disposal, such as arrest and the use of force. What is needed instead are responses that are less punitive and provide real pathways out of addiction, joblessness, homelessness, and poor health.

We do want the police to be more courteous, professional, and respectful, but expanding the ability of police to respond to community concerns will lead to more criminalization of people trying to survive when their most basic needs are not being met. Therefore, we oppose any increase in the number of police at this time and instead call on the City Council to use whatever resources it would have used to increase the headcount of the NYPD to instead invest in supportive housing, harm reduction programs, evidence-based drug treatment, and health services that can play a much more positive and sustained role in reducing very real community concerns about disorder and public safety.

Aguilera is Political Director at VOCAL-NY.

Vitale is Associate Professor of Sociology at Brooklyn College and author of City of Disorder: How the Quality of Life Campaign Transformed New York Politics.