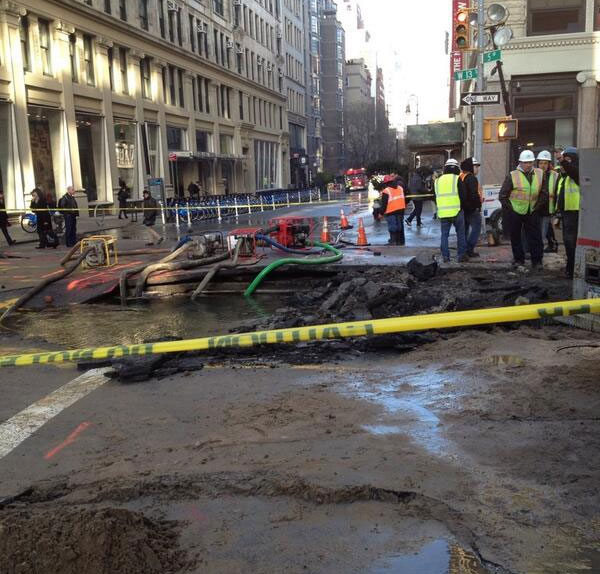 In the coming weeks, the New York City Water board will consider a 3.2 percent increase in the city's water rates. Understandably, many New Yorkers are opposed. Water bills rose by a whopping 166 percent during the Bloomberg administration; an increase that was painfully felt by so many low- and middle-income families. Yet Mayor de Blasio deserves credit for addressing affordability concerns while still ensuring a steady revenue source for the city's aging water infrastructure.

Water bills finance the city's most fundamental services: the delivery of clean water and the safe disposal of sewage and rainwater. Managing and maintaining this infrastructure is not cheap. Recent work on the Croton Filtration Plant, Catskill Disinfection Plant, and the Newton Creek Wastewater Treatment Plant Upgrade cost nearly $10 billion. As a result, the city's water and sewage debt rose from $11 billion in 2002 to $29 billion in 2013.

With the Department of Environmental Protection (DEP) devoting billions of dollars to filtering the city's water and cleaning its harbor, insufficient funding was left for maintaining and modernizing the city's water and sewage pipes. From 2001 to 2007, nearly 300 miles of sewers were constructed or reconstructed. From 2008 to 2014, a paltry 118 miles saw work. In his 2007 PlaNYC report, Mayor Bloomberg pledged to build or replace 80 miles of water mains annually. Since then, the DEP has installed only 28 miles per year.

The consequences of this neglect are troubling. In 2014, there were 513 water main breaks across the five boroughs, a 39 percent increase from 2012. The city has suffered at least 400 water main breaks in all but one year since 1998. As a result of these breaks and leaks, a staggering 21 percent of water that enters distribution mains never reaches customers in the city, double the 10-to-15 percent industry standard. To manage these leaks and breaks, repair the city's aging infrastructure and finance its ballooning debt, the DEP must increase its revenue. Mayor de Blasio's 3.2% water rate increase—which is far lower than the 8 percent average increase during the Bloomberg years—is a necessary, if perhaps insufficient, part of that equation.

While increased water rates are certainly a burden—particularly for low- and middle-income New Yorkers—these charges are still below the national average and only half that of residents in Seattle or Atlanta. The water bill for a typical single-family homeowner in New York comes to $88/month, a considerable amount but significantly less than most New Yorkers pay each month for their smart phones.

Fortunately, increased water rates are not the only method for financing and restoring the DEP's essential infrastructure. In 1985, the NYC Water Authority and Water Board were created so that utility payments would go directly and exclusively to the water and sewer system. As part of this agreement, the city charged the Water Board a "rental payment" to cover pre-1985 debt associated with the system. In 2005, as this old debt began to expire, the arrangement was altered. For the first time, the city charged rental payments that exceeded debt service. As a result, Water Board payments have climbed—from $117 million to $204 million over the last decade.

Though the administration insists that these payments are critical to funding the city's operating budget, this misses the point. Dedicated revenue should remain dedicated; not diverted to other programs.

Finally, in addition to a rate increase and the phasing out of rental payments, DEP must get more creative. While past commissioners have grumbled about the heavy burden of federal and state mandates, these are rarely as rigid as portrayed. In 2012, the city amended an agreement with New York State, allowing the DEP to reduce the city's 27 billion gallons of rain and sewage overflow with "green" infrastructure (such as green roofs and porous pavements) rather than exclusively with gray infrastructure (such as retention tanks and upgraded waste water treatment plants). Philadelphia avoided a similar Clean Water Act mandate by introducing a stormwater management fee in lieu of expanded treatment capacity. What would have been a multi-billion dollar expense was converted into a new revenue source.

New York City should follow Philadelphia, and 500 other cities, by replacing its sewer charges, currently assessed at 159 percent of the water rate, with a more nuanced stormwater management fee. Property owners would be charged based according to the percentage of rainwater captured on their lot (before it enters the city's overburdened sewer system). This would incentivize increased water retention on private property, with customers paying a lower fee as they introduce new green elements —trees, swales, porous pavement, and green roofs. This could be coupled with a credit program, repaid via the utility or property bill, to help customers finance the installation of green elements.

***
Adam Forman is research and communications associate at the Center for an Urban Future, a New York City based think tank. He is the author of "Caution Ahead," a report published by the Center documenting New York's infrastructure vulnerabilities.
***
@GothamGazette