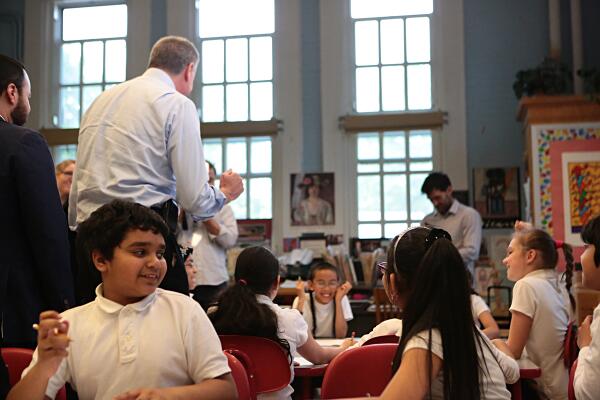 When people talk about childhood poverty, it is usually discussed as a distant problem that happens in some developing country halfway across the world. They are often quick to point out that childhood poverty is a problem in places like "Africa" where starving children are too weak to swat flies away from their eyes. Those ubiquitous television commercials soliciting monthly donations are deceptive, because they leave the impression that childhood poverty does not exist in the developed world. Well, childhood poverty certainly exists here in New York City, where 32 percent of children - or one out of every three kids - were living in poverty in 2010.

A recently published report by the Center for Latin American, Caribbean & Latino Studies at the CUNY Graduate Center examines trends in childhood poverty in New York City between 1990 and 2010. There were three shocking findings:

So what do these findings mean? We don't need a litany of moral arguments to be convinced that a child living in poverty is absolutely terrible - common sense tells us that. What is clear, however, is that if a child grows up in poverty, that experience is likely to affect them for the remainder of their lives.

If our budgets and policies truly reflect our values, what are our values regarding childhood poverty? Admittedly, each new mayoral administration eagerly enters office with grand and well-intentioned plans to tackle this problem. Despite those ambitious efforts, New York City's high childhood poverty rates have not decreased in over 20 years.

However, a new approach to policymaking has been launched by the administration of Mayor Bill de Blasio – elected on a mandate predicated on eliminating a 'tale of two cities' defined by the largest income inequality in the United States. De Blasio's progressive and comprehensive approach supports working families and, among other initiatives, includes paid sick leave, makes pre-kindergarten and after-school programs universal, and moves to expand access to the federal Earned Income Tax Credit. Mayor de Blasio's push cannot come soon enough for poor families in New York City, but even those laudable policies need to be periodically monitored and assessed. The long term societal costs of childhood poverty are much too expensive for us to continue with business as usual.

***
Karen Okigbo is a research associate at the Center for Latin American, Caribbean, and Latino Studies and also a doctoral student in the Department of Sociology at the CUNY Graduate Center.