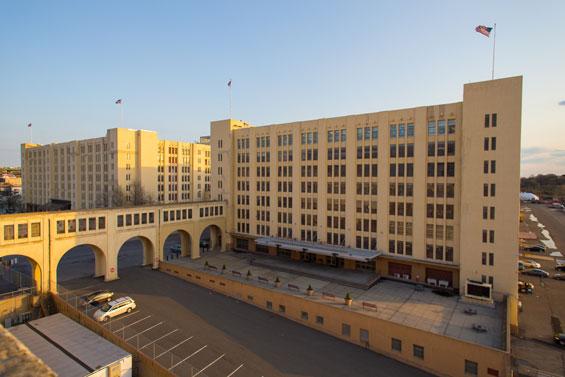 Today, there are many problems facing disadvantaged New Yorkers but one of the most pressing is the large share of youth who are not transitioning well. This is most apparent with black boys who experience a disproportionate share of suspensions and have low high school graduation rates. Indeed, in New York City, only 28 percent of black males complete high school on time. This weak school progress, however, is not limited to black boys and is so pervasive that New York City has initiated a number of alternative high schools attended by youth who are significant credits behind and often older than eighteen years of age. It is reflected in the almost 200,000 youths, 17 to 24 years old, who are neither in school nor in paid employment.

What can be done? City school chancellor Carmen Farina has instituted policy changes to dramatically reduce the number of school suspensions. As I wrote earlier this year, policies that reduce suspensions will not be very effective if they ignore an important source of anti-social behavior: often chaotic and sometimes abusive home environments. In another initiative, Farina announced that General Electric Corporation will provide funding to support Career and Technical Education (CTE) pilot programs at ten schools. CTE programs link high school coursework to community college occupational programs.

While CTE programs can be effective, certificate programs can be very beneficial for a large share of the most at-risk students. Certificates are recognition of completion of a course of study based on a specific field. They differ from industry-based certifications and licenses which typically involve passing an examination to prove a specific competency or completing an apprenticeship. By contrast, certificate programs take place entirely in the classroom.

A comprehensive report began, “In America, the postsecondary certificate has become a cost-effective tool for increasing postsecondary education attainment and gainful employment.” The survey involved pointed to studies that found certificates of at least one year provided a wage premium identical to Associate’s degrees—almost 40 percent for women and around 20 percent for men.

This evidence indicates that the CUNY system is an outlier and is ill-serving adolescents who are most at risk. CUNY’s neglect leaves many with no choice but to seek certificate programs in the for-profit sector. These schools have been demonized for their high failure rates and level of indebtedness many of their students experience. Yet they do have strengths that other institutions lack. The education sociologist James Rosenbaum suggests “that many for-profits have developed good counseling departments that help student not only with their academic goals, but also with their economic and social problems…They put resources into counselors and they’re much better at retaining students than community colleges.” A recent New York City study contends that the best for-profit schools offer real opportunity.

At-risk students too often must navigate the for-profit world after leaving school and many will make uninformed selections of schools and/or programs. Certainly, if the CUNY system would dramatically expand its certificate offerings this problem could be ameliorated. In addition, if high schools form partnerships with best-practice for-profits, at-risk students can be channeled into the best schools and the most appropriate programs. Given how valuable these links would be for the for-profits, high schools could negotiate very favorable conditions, enabling students to avoid high debt burdens while gaining valuable occupational skills.

For many educators, the ideal is academic learning – meaning a four-year college education – for all. Disadvantaged youth, however, may do better in the long run if we prioritize better and more immediate pathways into the labor market. At a time when 36 million American workers who attended college did not complete a degree, certificates are piecemeal, attainable, bite-size educational awards that can add substantially to postsecondary completion.