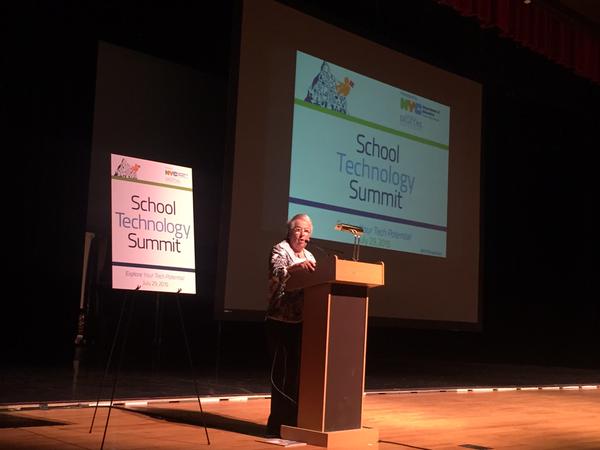 There’s been lots of news and commentary lately about fraudulent credit recovery schemes and grade fixing practices at city schools. The editors of the New York Post predictably want to pin the blame on Mayor de Blasio – with op-eds written by critics such as Senate Majority Leader Flanagan, who claim that these scandals are a good reason to question the extension of mayoral control of city schools.

Truth is that these schemes spread like a virus first under Mayor Bloomberg – the result of pressure on schools to improve quickly or be closed, combined with a troubling lack of oversight to see that improvements were based on real learning and not gimmicks. Credit recovery was widespread, along with instructions from principals that teachers should pass 60 percent of their students “or else.”

Despite the fact that this troubling phenomenon occurred during the Bloomberg administration, Senator Flanagan was then one of the biggest boosters of mayoral control, and in 2009, helped renew it for another six years. This was probably not unrelated to the fact that Bloomberg was also the biggest financial contributor to the Republican Senate majority.

Now that de Blasio is mayor, the hedge-funders and the charter lobby have replaced Bloomberg as the biggest contributors to the state GOP, and keeping its members in charge of the Senate. And as de Blasio has consistently opposed the efforts of these same groups to expand charters and privatize our public schools, Flanagan and the editors of the Post are predictably eager to use the scandal to threaten him with the loss of mayoral control.

To her credit, reporter Sue Edelman, who has broken many of these stories, made it clear in the Post that these fraudulent practices are not new:

Credit- and grade-boosting schemes went into full swing under Mayor Mike Bloomberg, who boasted of raising the citywide graduation rate to 64.2 percent in 2014. Last year, the rate rose to 68.4 percent. But both years only 38 percent of the grads had test scores high enough to enroll in CUNY without remedial help.

But even if this credit recovery and other artificial methods of juking the stats took hold during the Bloomberg years, the de Blasio administration cannot be let off the hook for allowing them to continue.

Edelman’s piece recounts the scandalous allegations at Dewey, Flushing, Richmond Hill, Bryant and Automotive High Schools, which until recently were met with little more than a shrug from both Chancellor Farina and the mayor. Teachers at Dewey in particular had been reaching out desperately for more than a year, before their copious evidence of fraud was finally taken seriously, and principal Kathleen Elvin dismissed in July.

I began to get anguished messages from teachers at Dewey in September 2012. Starting in February 2014, teachers reported the credit recovery to Special Investigator Condon and others. Soon followed numerous exposés in the Post, and by Marcia Kramer of CBS News and Juan Gonzalez of the Daily News, who catalogued in great detail the outrageous techniques of the principal to boost the graduation rate.

Yet in March, de Blasio said, referring to the Dewey scandal and the much-derided capability of the internal DOE investigative unit, “I don’t assume because some teachers talked to you that that’s the whole truth. I believe very, very strongly in the quality of our investigations unit. I have absolute faith in the integrity of that unit.”

As recently as this past June, Farina minimized the clear evidence of the principal’s misdeeds.

In this way, she and the mayor have played into the hands of their opponents. Even now, by appointing a group made up almost exclusively of DOE officials to look into the scandals instead of an independent panel of investigators, the administration seems tone deaf about how its efforts to stem the tide of corruption will be portrayed.

The administration has been less than transparent on a whole host of education issues – as the NYC Kids PAC report card pointed out.

There are 94 schools on the city’s “Renewal” list. These schools, many of which have been struggling for years, are under tremendous pressure to increase test scores and raise graduation rates or be closed or taken over by the state. Yet so far, the remedies introduced by the administration focus on “wrap-around” services – which do not directly address these students’ academic needs – as well as replacing teachers, appointing new administrators, and encouraging more professional development.

These schools do not need a whole new raft of inexperienced teachers. In March, de Blasio visited Automotive High School and said, “It is impossible to sit in one of those rooms and not immediately identify the level of commitment so many of our teachers have – how much they believe in the work they’re doing...These teachers are committed, energetic, creative, and they’re committed to the future of this school.” And yet last month, it was reported that 63 percent of the teachers at those schools had left or been forcibly removed.

Nor do these school need yet more high-priced administrators, though the Renewal division at Tweed is expanding fast and will have 45 administrative positions, many of them at top salaries, filled by the end of the summer. It is also unlikely that more teacher training and professional development will turn around these schools. An article in Politico NY relates how Farina recently met with Karen Ames, the new Superintendent of District 8 in the South Bronx, who briefed her on efforts to improve the Renewal schools in her district:

Ames, [is] the new superintendent of District 8, which encompasses a swath of largely low-income neighborhoods in the Bronx…[Ames is] a former network leader in prestigious District 2, the same Upper East Side region where Fariña spent years as principal of P.S. 6, came prepared for her meeting with the chancellor, whom she has known for years….Ames recently led several principals of Renewal Schools in her district on a tour of District 2’s Salk School of Science, one of the city’s best middle schools. Fariña praised the idea of the Salk tour…

It is astonishing that principals of District 8 renewal schools are being asked to visit Salk Middle School on the East Side of Manhattan for tips on how to improve their schools, given their vastly different student populations. Salk is a selective middle school that takes only the highest scoring students, and serves a primarily middle class and even comparatively wealthy school population. Only 11 percent of Salk students qualify for free lunch, according to Inside Schools; and it is home to no English language learners. Its students are 64 percent white; 21 percent Asian, 4 percent black, and 9 percent Hispanic.

Contrast those statistics with the four Renewal middle schools in District 8:

According to the Independent Budget Office, all the Renewal schools have much larger numbers of English language learners, immigrant students, students with disabilities, and students in temporary housing, as well as more black and Hispanic students than the system as a whole.

What the students in these schools desperately need is intensive tutoring and small classes to make significant improvements, not a new cadre of inexperienced teachers or administrators breathing down their necks. And yet more than 60 percent of the Renewal schools still have many classes with 30 students or more, according to DOE data.

When Rudy Crew was chancellor, he drew the lowest-performing schools in the city into a new program called the Chancellor’s District, and capped class size in all of their classes at no more than twenty students. This worked effectively to raise achievement.  Yet not a single elementary or K--8 school on the Renewal list had capped class sizes at 20 students in grades K-3 last year, as most experts would recommend. These were also the goals that the state demanded the DOE achieve citywide in its class size reduction plan in these grades, as part of the settlement of the Campaign for Fiscal Equity lawsuit in 2007.

The real scandal is that hundreds of thousands of New York City high school students, including those at schools that have allegedly engaged in credit manipulation, like Richmond Hill, Flushing, and Automotive, continue to struggle in large classes of 34 or more.

Rudy Crew had a vision of what high-poverty students need to succeed; but right now, there is no comparable vision on the part of this administration. If we are talking about accountability for schools and teachers, we must also address the accountability of those in charge of running our schools, and here the mayor and the chancellor have unaccountably failed.