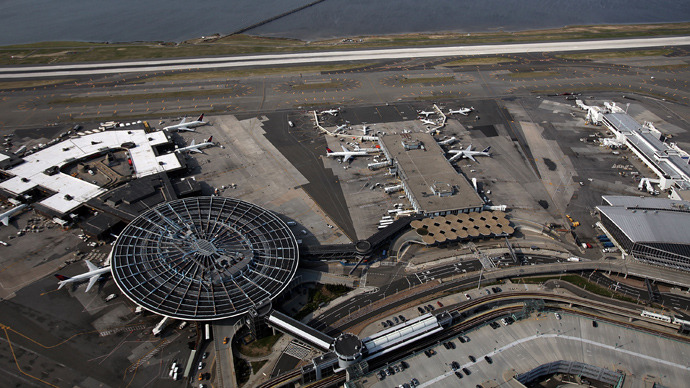 Many are the sins of the Port Authority. Administrators made bad decisions about the original design for JFK, saddling the airport in the 1950s with large and widely separated terminals that have complicated renovation ever since. They also resisted creating mass transit links to JFK, finally opening the AirTrain over half a century after the first flights took off over Jamaica Bay.

Nor did the Port Authority over the decades show much talent for day-to-day management of facilities at the airport, leading to dirty bathrooms, shabby terminals, and delays.

Yet in the last two decades the Port Authority, and the airlines that operate at JFK, have spent billions of dollars collectively to redevelop the airport's terminals.

We now have a popular and functioning rail link, at least to the subway and LIRR. The AirTrain, a passable mass transit option, carries over six million travelers and workers per year. Most airport roadways have been rebuilt, signage is better, and security much enhanced. New air traffic technology is slowly reducing delays.

JFK is still regularly voted one of the country's "worst airports," but the truth is that the place works about as well as anything else in New York--and therein lies the problem.

JFK has rebounded in international travel, in large measure because the New York region has had a tremendous growth in tourism. In 2000, 6.8 million international visitors came to the city; last year it was an amazing 12.2 million.

JFK is handling two thirds of the international travelers flying into the metropolitan area's three major airports. But the airport cannot boost the region's economy at full throttle if New York's leaders, and the people who elect them, do not change the rules of the game.

Companies need better access to workers, customers, and suppliers on a more reliable aviation transportation system. Otherwise, they will pack up and go somewhere else. Consumers also rely upon air cargo more than they realize. Whether it's Tiffany's, Walmart, or Apple; an affordable sushi dinner, inexpensive roses on Valentine's Day, or antibiotics when you get sick—high volume, low cost air cargo makes it all possible.

Every year, New York's airports ship in and out over $200 billion dollars worth of products including machinery, apparel, food, and medical instruments.

Yet the region's leaders have not done anything, beyond the AirTrain, to upgrade passenger connections to create the all-important "one seat ride" from Manhattan business centers to the airport. Nor have the many plans to upgrade freight access to Long Island and JFK reached fruition despite JFK's tremendous loss of market share in air cargo over the past three decades.

This lack of action, which discourages much trade and business at JFK, is the result of inaction by many political leaders and agencies rather than malfeasance of the Port Authority.

JFK also remains hemmed in by unnecessarily congested highways, a situation that has eroded the airport's supremacy in air cargo and hurt its passenger business.

Although larger tractor-trailers were finally allowed last year on New York City highways, no city in the world has as many truck free "parkways" girdling an airport. As a result, the heavily congested Van Wyck Expressway and slow service roads remain the only routes out of JFK for trucks. Long Island and city residents, concerned about a stagnant economy, may have to reconsider the logic of narrow landscaped parkways.

The four runways at JFK are also far below what is needed to handle the passenger business at one of the world's leading international airports. O'Hare, for instance, has eight and has spent billions reconfiguring its runways to reduce delays and boost capacity.

The Regional Plan Association, the Port Authority years ago, and many others have made some logical proposals for expansion of runways into Jamaica Bay or on the landside. Their pragmatic proposals would boost operations and reduce delays in bad weather with minimal noise and environmental impacts. Those plans have gone nowhere.

In light of the fact that Jamaica Bay has yet to realize its promise as a great ecological park, and was compromised further by superstorm Sandy, city and federal officials need to seriously consider using more of its surface for aviation.

The Bay and its environs are, after all, places where commerce, residence, and nature have always mixed. New oysters beds in the water under additional runways, and fewer marshes and gulls near the runways, would yield a cleaner and more resilient bay—and fewer bird strikes.

The Port Authority could also be forced to mitigate any habitat losses at JFK with marsh restoration on other sites, far away from airplanes.

There are many cities both here and abroad that stand ready to absorb New York City's growth; aviation technology is making it easier to bypass crowded New York.

JFK is a remade airport today, but its growth pales in comparison to its peer global cities. Transportation is the key determinant of where companies will locate.

If New York is going to have a diversified economy, including decent jobs for the working class, making space for air cargo and aviation—which employ large numbers of entry level workers—makes a lot of sense, especially because it can be done in an environmentally sustainable way.