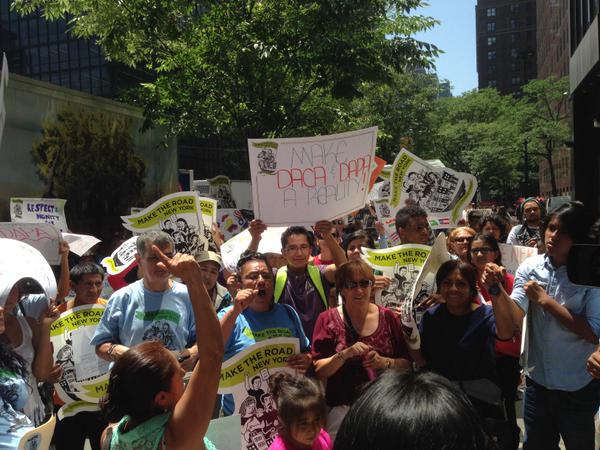 Serious moments call for serious discussion, and action. And so it is with immigration politics in our country today.

At the same time, we continue to confront intransigence in Congress, roadblocks to immigration relief, and now a Republican presidential primary that has fueled a host of cynical anti-immigrant rhetoric.

This moment clearly calls for action—as immigrant groups around the country continue to mobilize against anti-immigrant forces and advocate for sensible federal, state, and local immigration policies—but it also warrants reflection.

And that's why, this year, New Yorkers should be extremely excited that we're hosting the National Immigrant Integration Conference (NIIC, niic2015.org), the country's largest annual conference dedicated to discussions about how to enrich our democracy by welcoming and integrating immigrants into the fabric of our nation.

To be held at the Brooklyn Marriott from December 13-15, the NIIC will bring together immigrant leaders and advocates from across the country to discuss issues like the implementation of deferred action, how to ensure workplace justice and workforce development for immigrant workers, and where our immigrant rights struggles fit into the landscape of other social movements.

And there's simply no better place to have these discussions than New York. With roughly 3 million immigrants representing nearly 40 percent of the population, 45 percent of the workforce, and 49 percent of small business owners, immigrants are an essential part of our city's dynamic economy and culture.

And, in recent years, New York City has been at the forefront of path-breaking immigrant integration policy victories, including guaranteeing language access in the provision of government services, removing immigration enforcement from Rikers Island, crafting a universal public defender program for immigrants facing deportation, and creating a municipal identification program that is open to people regardless of immigration status.

These examples offer important lessons for other parts of our nation, just as New York can continue to learn from developments throughout the country. And that's why immigrant New Yorkers and those working with our communities should be sure to join us for the NIIC, which will be co-hosted by the National Partnership for New Americans and the New York Immigration Coalition, along with Make the Road New York and the Massachusetts Immigrant and Refugee Advocacy Coalition.

As we move into 2016, when immigration will continue to be at the forefront of our national discussion, it's vital that our communities come together to chart our course forward. But, to do that most effectively, we need everyone in the same room together.

For more information and to register for NIIC, go to www.niic2015.org