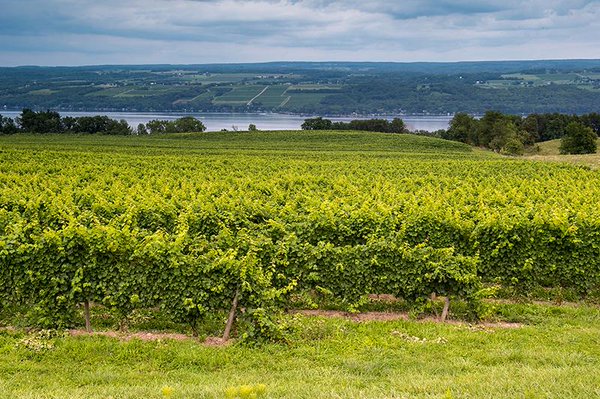 Do you enjoy a pumpkin spice latte during the crisp fall weather? A warm cider, perhaps? No matter your drink of choice, it is ask risk of being more dangerous than delicious as Congress and federal courts have frozen the Clean Water Rule, instituted on August 28. The Clean Water Rule would have ensured that your beverages are clean and tasty, but officials are leaving us all vulnerable.

At the end of this summer, the U.S. Environmental Protection Agency's Clean Water Rule reinstated Clean Water Act protections to 28,785 miles of streams across New York and over 2 million nationwide that were previously open to pollution. This meant that drinking water for over 11 million New Yorkers, 55 percent of the state's population, was safe from the toxic chemicals that industry dumps into waterways.

The new Clean Water Rule finally gave the EPA the power and jurisdiction it needed to keep water clean and us healthy. From clean water advocates who dedicate their lives to this work to farmers, small business people, elected officials, and the citizens of neighborhoods across America, people from all over the country have campaigned to institute this rule. It is an issue that affects each and every one of us.

Clean drinking water is a basic right. Without clean water, not only does our quality of life decline, our economy slumps along with it. It is eye-opening to discover the importance clean water holds in everyday lives, and it is frightening to learn how much it is being threatened.

Big business, such as large-scale farming and oil and gas companies, have been fighting this rule since its enactment. It is upsetting that these businesses are willing to risk the lives of their consumers for short-term profits. The Senate recently sided with special interests by voting to dismantle the Clean Water Rule. President Obama has stated that he will veto their dangerous bill, and we need our senators who care about our public health to uphold this veto. Americans deserve to be able to swim, boat, eat fish, and drink water without worrying about the health repercussions of water pollution.

Luckily, New Yorkers have responsible and forward thinking officials. Senator Schumer is standing strong in his commitment to clean water and is standing guard against attempts to dismantle the Clean Water Rule in the budget process. A hero among members of Congress on this issue, Schumer must continue advocating for clean water and being an example for the rest of the Senate. As New Yorkers, we need to support his efforts and make our voices heard as loudly as those of the polluters.

***
Anubhuti Kumar is Media Intern at Environment New York, a statewide, citizen-funded advocacy organization working for the places we love and the environmental values we share. On Twitter: @EnvNY.