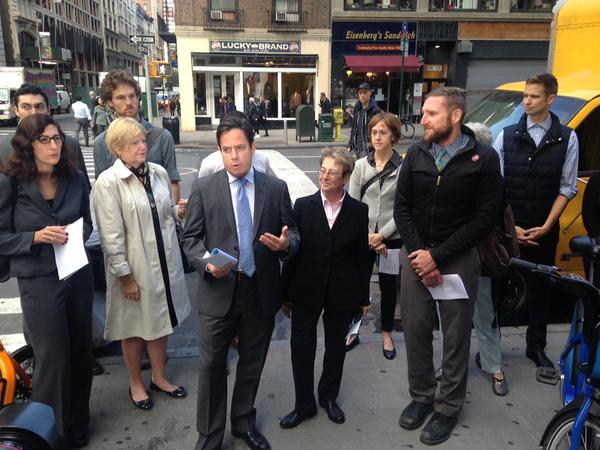 It's hard to make a serious argument that we should be filming sick patients in our emergency rooms without their prior written consent. And yet, that is exactly what popular reality television shows like "NY Med" do on a regular basis.

ABC -- which has produced and broadcasted a surprising number of these shows in cities across the country-- has defended this practice, saying that they "have heard many stories of people who were inspired to go to medical school, to become nurses or paramedics, or to head into particular specialties like trauma or transplant surgery, after watching our show." That may be, and the choice to join the medical profession is a noble one, but it should not rely upon the infringement of patients' right to privacy and confidentiality for promotion.

We're not talking about "Grey's Anatomy" here; while reality television shows set in hospitals play on natural human interest in drama, suspense, hope, and loss like scripted shows do, the stories portrayed on these screens are real events happening to people we know, not staged scenes with paid actors.

ABC's NY Med even aired an episode documenting the treatment and eventual death of Mark Chanko, without his consent, to the horror of his wife and children. In 2011, Mr. Chanko was struck by a sanitation truck and was sent to the emergency room at New York Presbyterian Hospital. Mr. Chanko's family not only had to suffer the terrible loss of a husband and father, but three years later, they experienced a brutal and unexpected reminder when they happened to catch the episode and recognize personal details.

In response to concerns raised by members of the New York City Council, privacy advocates, and those moved by the story of the family of Mark Chanko, the Greater New York Hospital Association (GNYHA) on behalf of its members, a few months ago committed to not allowing filming of patients without their prior written consent. This move effectively puts an end to emergency medical reality TV shows in New York City.

Unfortunately, these shows persist in other cities, and patients are being filmed for reality television in Boston, New Orleans, Houston, and emergency rooms across the country. These shows have the same privacy concerns that plagued "NY Med," yet the genre has seen steady growth, and the invasion of privacy has continued unabated, despite calls from medical professionals to shut the shows down.

In fact, the American Medical Association (AMA) in 2001 established guidelines for filming patients for public viewing, which requires that patients give their informed consent prior to being filmed. The AMA Code of Medical Ethics considers filming prior to obtaining a patient's consent to be "a violation of the patient's privacy."

We cannot allow such disregard for patient privacy to continue. Filming patients without consent is both medically and journalistically unethical, and incredibly upsetting for families who have experienced the loss of a loved one.

Elected officials and leaders of medical communities in all media markets should join New York in recognizing that the practice of filming patients for reality television shows without their consent has no place in our emergency rooms.

Personal tragedies are not fodder for reality TV, and American hospitals have a responsibility to put a stop to these invasive shows. I look forward to continuing this conversation with an eye towards reaching all communities whose rights are being violated in the name of entertainment.

***
Dan Garodnick has represented the Fourth District in the New York City Council since 2006, and chairs the Economic Development Committee. On Twitter @DanGarodnick.

***
Have an op-ed for Gotham Gazette? E-mail an idea or a draft to editor Ben Max: This email address is being protected from spambots. You need JavaScript enabled to view it.