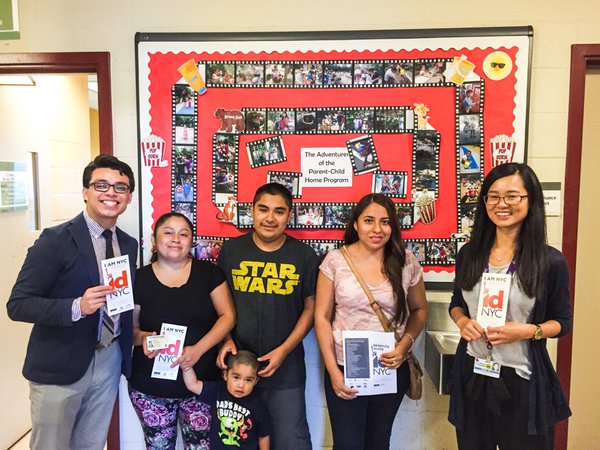 In September 2014, Mayor de Blasio held a major press eventaround the city’s IDNYC program that centered entirely on one benefit of the new municipal identification card: the free one-year membership offer at 33 museums and cultural institutions part of the Cultural Institutions Group (CIG). In the accompanying written announcement, 16 city and community leaders were quoted praising the program, especially this cultural enrichment aspect. One said it “has the potential to transform lives.”

And indeed it surely has, as many New Yorkers have jumped at the perk - over 30,000 IDNYC cultural memberships were accessed as of the end of July, according to the city. The transformative potential of the ID is not entirely nested in a cardholder’s newfound ability to visit the Basquiat exhibit at the Brooklyn Museum over the summer, of course. Identification is a fundamental societal resource. In fact, the city announced at the end of July that over 400,000 IDNYC cards had been granted. It is this number, and the real target populations of the program - undocumented immigrants, people lacking stable housing, and others - that are indicative of the importance of the program. But the larger-than-expected enrollment and the vulnerable populations involved are indicative of how important it is that the city clearly indicate what year two of the program will look like.

Thus far, there has been little information from the mayor or his Office of Immigrant Affairs (MOIA), which has led the IDNYC program. As Thanksgiving approaches, it is time that cardholders are informed about its future. While MOIA representatives have said that the program will continue to grow and no one should feel at risk of losing the card’s basic benefits, cardholders would surely feel more at ease hearing details from their mayor.

New Yorkers realize how important identification is, though many who have had a driver’s license since being a teenager may need a reminder. ID is required to perform a number of seemingly innocuous tasks: enter certain spaces (e.g. municipal buildings and schools, to access city services), apply for an apartment lease, open a bank account, get a public library card, sit for the high school equivalency exam, and, during encounters with the NYPD, receive a summons or desk appearance ticket in lieu of transport to a police station.

Basic identification is a less flashy, but essential benefit of the municipal ID; the ID gives a wide variety of city residents (in particular, undocumented immigrants, homeless individuals, transgender individuals, and victims of domestic violence in non-stable housing situations) a means to perform a number of life-stabilizing tasks. In addition to providing a vehicle to access services and material resources, the ID itself is proof of societal membership.

This notion of “membership” is especially important for actualizing some of the less visible benefits of the municipal ID program. The card provides formal recognition, which can command respect from others, particularly during encounters with the police, and instill a sense of self-respect among cardholders who enjoy fresh opportunities to take advantage of resources and services. Respect is not just “the golden rule;” in the eyes of established social justice theorists, “respect” is actually an essential dimension of well-being.

The municipal ID provides each cardholder with a sense of everyday belonging in society and entitlement to access available resources and support. These phenomena (“belonging” and “perceived availability of support”) are two mechanisms by which physical and psychological well-being can be improved, according to social science research. Furthermore, the public health tradition of inquiry, endorsed by the Institute of Medicine/National Academy of Sciences and the World Health Organization, known as the “social determinants of health” suggests that the perception of greater resource availability is likely to increase utilization of accessible support and positively impact health. How? With more resources (such as money, knowledge, and social connections) people are better able to buffer against adverse health events and prevent health shocks from being catastrophic if/when they do happen to occur.

With such potential and obvious resonance with de Blasio’s OneNYC vision for a “strong and just” city, the future of the IDNYC program and the longevity of its benefits should not be murky this late in the year.

Contacted about the program and its future, Mayor’s Office of Immigrant Affairs Commissioner Nisha Agarwal said in a statement, “From its launch, Mayor Bill de Blasio and his administration have said that the IDNYC program and its utility will grow over time. IDNYC will continue to progress and serve even more New Yorkers in Year Two. We look forward to sharing more detailed news before the start of the second year of the program.”

The card and benefits are free, between January 1, 2015 and December 31, 2015, for anyone that can meet the proof of identity and city residency requirements (which make allowances for non-stable housing situations). But, puzzlingly, there has been little public discussion about what happens come January 1, 2016. Will the card and its benefits remain free? Will the hallmark CIG promotions lapse? The elimination of the CIG benefit could have potentially deleterious effects, given that it was a strategic move to make the card universally appealing (and reduce potential for associated stigma). Most importantly, will the municipal ID continue to be, or even expand its usefulness as, formally recognized identification? Or will it become less useful over time? There are already several restrictions on the utility of the card (it can only be used at certain banks to open accounts, it does not serve as proof of identity for a driver’s license, does not authorize receipt of public assistance benefits, and cannot be used as identification during plane travel).

Certainly, there are life-changing benefits associated with this municipal ID program, and as the largest in the country (with those 400,000 cardholders as of July), this program is in urgent need of a long-term plan that ensures: the municipal ID continues to be regarded as formal and useful identification, cardholders maintain essential benefits, and the card remains universally appealing – such that cardholders are not required to inadvertently accept a potentially isolating and stigmatizing “other” status.

Like many New Yorkers, I eagerly await information about year two of IDNYC.