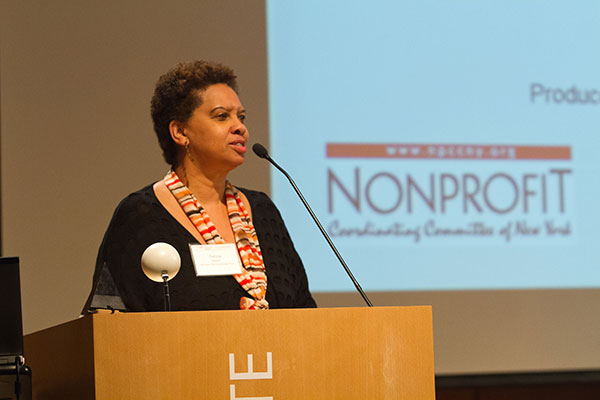 While Mayor Bill de Blasio works on the details of a 15-year, $2.6 billion supportive housing program to address homelessness, Gov. Andrew Cuomo is creating a statewide plan to reduce homelessness. New York should draw on approaches that have helped in the past as well as those that seem promising, especially supportive housing, which offers job training, debt counseling, mental health care, and other crucial services to residents in an effort to stop the revolving door of homelessness.

We all have to start by acknowledging reality: homelessness is a chronic New York problem, as we can tell from walking the streets or reviewing simple statistics. On any given night the number of people sleeping in shelters is close to 60,000 -- 25,000 are children.

New Yorkers fatigued by the crisis tend to identify it with street dwellers – often middle-aged men with substance-abuse or mental health issues. The truth is that homelessness is rising among families, younger men and women, and the working poor.

The one-two punch keeps getting worse: housing costs are exorbitant while wages are stagnant. Last year, 30.1 percent of the city’s renters paid more than half their incomes in rent. The result: New York City saw 26,857 evictions in 2014.

So much for de-stigmatizing homelessness — the reality is that these are our neighbors and coworkers.

The urgent question is, what works?

In the past 20 years, the New York Community Trust has given about $30 million to nonprofits addressing different aspects of the problem. One proven approach is not simply to increase shelters but to create permanent supportive housing for lower-income New Yorkers. That includes on-site services for medical and physical disabilities, HIV-related illnesses, and mental and substance-abuse disorders. This housing should coordinate with nearby groups that provide other basics, including childhood education centers, employment and financial training, health and substance-abuse clinics, open spaces, access to quality food, libraries and cultural venues.

Studies show such supportive housing cuts taxpayer costs while helping vulnerable people become productive citizens. In the past, the state and city split the cost of supportive housing as well as stronger protections for existing low-cost housing; we hope they will resume that agreement.

Still, it takes years for new units to come online, and meanwhile nearly 60,000 people subsist in shelters that the city’s Department of Investigation calls dilapidated. We need to test alternate strategies. That’s why the Trust is funding an initiative called Gateway Housing, a coalition of nonprofits that run city shelters. Under Gateway, the nonprofits are committed to working with the city and state to rebuild shelters.

More important, they’ll use proven practices and undergo regular evaluations of their social-services programs. Because a strong community is critical to addressing homelessness, Gateway seeks to make shelters integral to neighborhoods.

We have learned that well-directed money can deliver lasting results. For example, we’ve funded several groups that had success in assisting families deal with rising housing costs — by freezing rents for the elderly and disabled, or by providing emergency aid and financial counseling to low-wage New Yorkers. Many times, a head of family who loses a job or is dealing with a health crisis needs just a few weeks’ aid to avoid eviction.

The Trust also funds a promising initiative called Joint-Ownership Entity. Under that model, nonprofit developers — the same organizations that saved the South Bronx, eastern and central Brooklyn, and northern Manhattan from disappearing into rubble in the late seventies — are combining developments into single-ownership entities. This should help them achieve economies of scale in running and maintaining their properties, keep rents down, and generate revenue for services. These nonprofit developers are important neighborhood anchors; if not for the housing they manage at affordable rents, many of the residents would become homeless.

We’re not naïve: No one can end homelessness in an expensive city with persistent pockets of poverty. But by finding ways to keep rents affordable in some neighborhoods, supporting those facing temporary financial setbacks, and offering job training, substance-abuse counseling, and other wraparound services, we can buttress thousands of New Yorkers who are trying to provide a stable home to their families.

Patricia A. Swann is a Senior Program Officer for Community Development at the New York Community Trust. On Twitter @NYCommTrust.

***Have an op-ed idea or submission for Gotham Gazette? E-mail editor Ben Max: This email address is being protected from spambots. You need JavaScript enabled to view it.