January 22, 2016 | by Margaret Chin and Miriam Yeung
Twitter
IT news 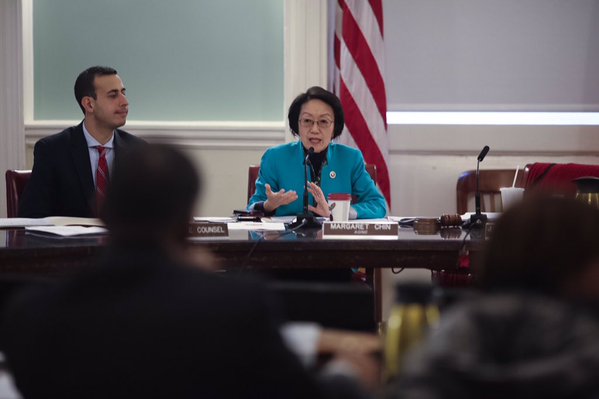 Council Member Chin, one of the authors (photo: William Alatriste)

These attacks on a woman's right to choose are wolves in sheep's clothing. At a glance, such bans might sound like laws meant to further women's rights. But they actually do just the opposite.

The tragic reality of "son preference" has been a serious issue in some countries, such as India and China, where women do not have the same rights and status that they have here. But male preference is not a widespread issue in the United States – not for any specific ethnic group or for the population as a whole. In fact, a recent study conducted by the University of Chicago Law School finds that Asian-Americans are giving birth to more girls than white Americans.

Given these facts, the sex-selective bans being introduced across the U.S. are disingenuous at best. They exploit a real problem around gender that has been well documented in other countries to harm the very communities they purport to help.

In an effort to draw attention to these harmful and offensive bans, we have drafted a resolution that was recently introduced in the City Council to put the City of New York on record in opposition to this latest attack on a woman's right to choose.

More than just an attack on reproductive health and family planning services, these bans promote ugly stereotypes about our community – namely, that we as Asian-Americans do not value the lives of our girls.

Many in the Asian-American community already face heightened barriers to accessing care, and laws like sex-selective abortion bans widen the gap. Sex-selective bans also damage the doctor-patient relationship by opening private medical decisions to scrutiny by both health-care providers and law enforcement.

This is not just bad policy; sex-selective abortion bans are dangerous to women's health and could have a chilling effect on women seeking health care. Under no circumstances should patient-doctor parenting discussions be called into question because of one's skin color or ethnicity.

Factors like immigration status, income and cultural and linguistic barriers already make it difficult for women in our community to get the health care they need. In New York City, 49 percent of Asian-American adults have limited English proficiency. And 20 percent of all Asian-Americans in the city are uninsured.

With New York City home to one of the largest Asian-American populations in the country, we must take a stand and demand that our state and federal colleagues work to ensure our communities have greater access to health care — not more restrictions.

In their myopic pursuit of an anti-choice agenda, some lawmakers are irresponsibly placing basic health care needs of the Asian American community at risk. And yet, despite the dangerous consequences, they are having some legislative success. In 2013 and 2014, sex-selective bans were the second most proposed type of abortion restriction in the country. Even New York State is not immune —this year, one such law was introduced in the Assembly. We must stem the tide of these attacks.

By working together with advocates to introduce this new resolution, we are urging our city to take a stand against these offensive bans. If the City Council passes this important resolution, it could become the third city in the country to denounce this attack on access to health care and family planning for thousands of Asian-Americans.

New Yorkers deserve better. Join us in standing up against racism and supporting women's health by urging your City Council representative to support this important resolution.