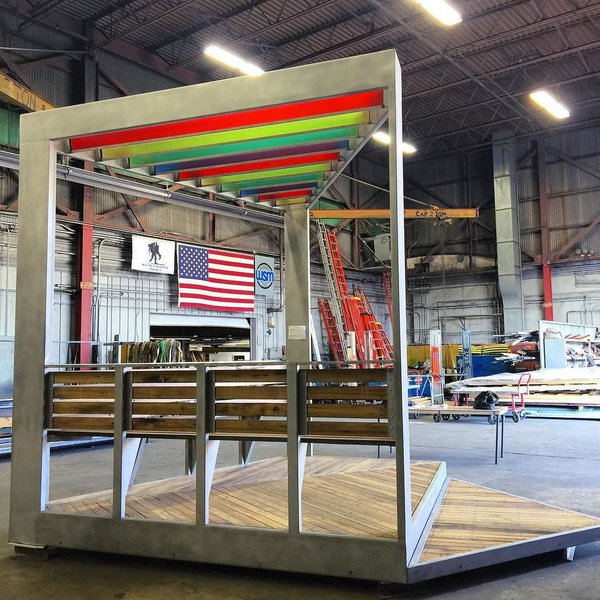 Earlier this month, the city's Department of Cultural Affairs announced a promising new program aimed at strengthening cultural organizations in targeted neighborhoods. The initiative, known as Building Community Capacity, was introduced in conjunction with Mayor de Blasio's rezoning proposal in East New York, where the program will be launched.

The new initiative is consistent with several of the recommendations from Creative New York, the Center for an Urban Future's recent report on the city's arts economy. The report found that a number of small and mid-size arts organizations in low- and middle-income neighborhoods are financially strained. To address this issue, it encouraged the de Blasio administration to integrate the arts into its rezoning proposals, ensuring that existing artists and arts organizations are supported, preserved, and fortified.

In recent years, government support for New York City cultural organizations has declined significantly. Adjusted for inflation, programmatic and operating grants from the National Endowment for the Arts fell by 15 percent, from the New York State Council on the Arts by 37 percent, and from the city's Department of Cultural Affairs by 16 percent. As a result, cultural organizations have become increasingly dependent on private philanthropy. Many mid-size and small organizations have struggled with this adjustment. In 2012, for instance, we identified 14 "mid-sized" performing arts venues whose revenue did not cover expenses.

Small organizations are also under pressure, particularly those located outside of Manhattan and those serving communities of color. Among New York organizations that explicitly listed their constituents as non-white, earned revenue—primarily attendance fees—covered 32 percent of their expenses, compared to 55 percent for those with a general audience. Likewise, individual and board donations covered only 11 percent of expenses for these organizations, but a much higher 21 percent for those serving a general audience.

Given the extensive challenges facing small and midsized art organizations—particularly those in communities outside of Manhattan—it's encouraging to see the Department of Cultural Affairs (DCLA) focus on fortifying these groups.

While the specifics of the DCLA program will be developed in partnership with local community members and organizations, Building Community Capacity has several worthwhile objectives. They include: helping organizations with board development and fundraising capacity, equipping arts leaders with essential management skills, activating underused spaces for cultural activities, and streamlining the permitting process.

To address these challenges and achieve these goals, DCLA and community-based cultural organizations should look to nonprofits and other city agencies for inspiration. To assist with board development and fundraising capacity, for instance, DCLA could replicate the Robin Hood Foundation's Board Placement Program. Robin Hood helps connect talented, committed and wealthy individuals with social service nonprofits throughout the city. The DCLA could provide a similar matchmaker role for small cultural nonprofits.

Likewise, to help arts administrators develop their management skills, DCLA should look to the New York City Economic Development Corporation's Fashion Fellows, a yearlong training and networking program for rising stars in fashion management. The DCLA could introduce a similar platform for administrators at cultural nonprofits in low-income neighborhoods.

As East New York artists and arts organizations search for affordable and underutilized performance and rehearsal facilities, they should partner with the Department of Education. Schools in East New York (District 19) contain 46 "primary" and "non-primary" dance rooms, 64 music rooms, 50 theater classrooms, and 61 auditoriums. After school hours, most are left unoccupied. Opening these facilities in the evenings and on weekends could provide stable, affordable space to hundreds of local artists, helping them remain in the neighborhoods where they live and work.

Finally, to streamline the permitting process and enliven vacant retail spaces in the target neighborhoods, DCLA should look to the Mayor's Office of Film, Theatre & Broadcasting (MOFTB) or the Street Activity Permit Office (SAPO) for assistance. The current permitting process is extremely cumbersome and expensive, requiring individual approval from several agencies, including the police and fire departments.

For film and street fairs, on the other hand, the MOFTB and SAPO have established a one-stop-shop, helping to simplify this bureaucratic tangle. Given their resources and expertise, the MOFTB or SAPO could assume permitting duties for all East New York performances and exhibitions, on a pilot-basis. If it runs smoothly, the city should consider delegating all performing and visual arts related permitting to one of these two agencies.

With the Building Community Capacity program, the de Blasio administration is redoubling its efforts to strengthen local organizations and improve access to the arts in all of the city's neighborhoods. From permitting to management training, board development to activating underused spaces, the Mayor's initiative can help build more vibrant, resilient and creative neighborhoods.

***
Adam Forman is a Senior Researcher at the Center for an Urban Future.