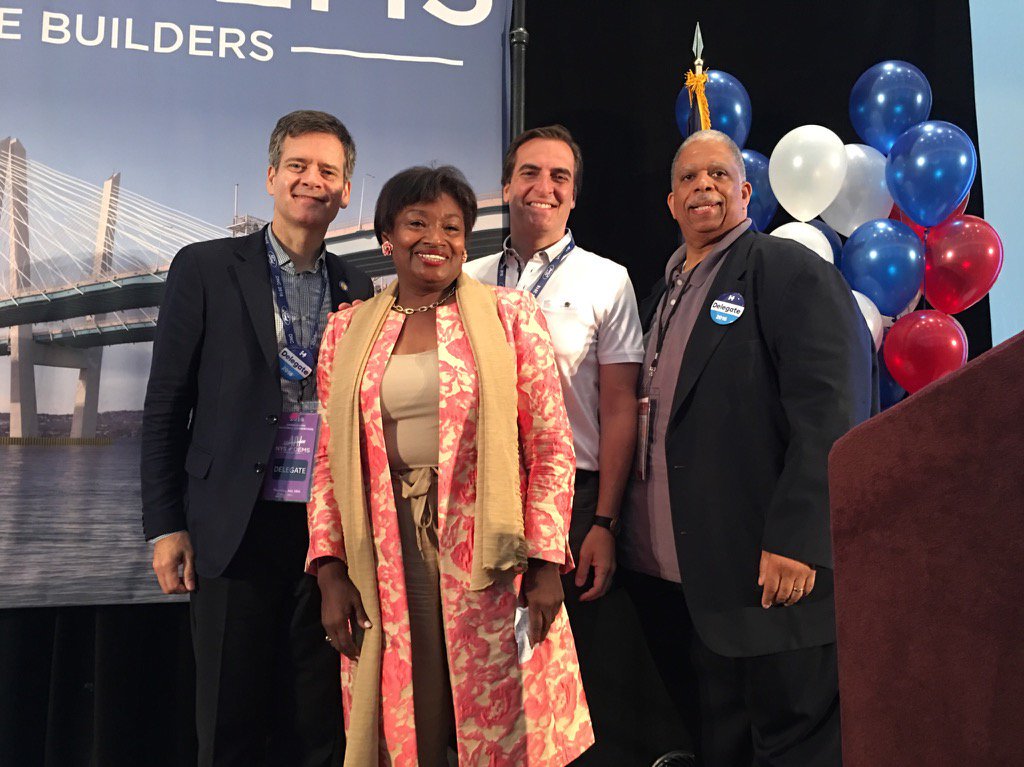 This November millions of New Yorkers will head to the polls on Election Day. While our state legislative races receive far less media attention than the Presidential race, they are still critically important. Today, much of the dysfunction in our state, and our government’s failure to address the real needs of working people, young and old, is a direct result of continued Republican control of the State Senate.

Now that the primaries are over, it is essential that New Yorkers focus on Democratic control of the Senate through November’s vote.

There are currently 32 Republicans in the 63-seat State Senate, including Simcha Felder, who was elected as a Democrat but conferences with the Republicans. The five Democratic senators who make up the Independent Democratic Conference have conferenced with the Republicans under a power-sharing agreement first announced in December 2012. Although the people of New York State went to the polls in November 2012 and elected a true Democratic majority, the victorious Senate Democrats have been relegated to minority status in the State Senate since 2013, despite holding a technical majority in the chamber.

Defenders of the current majority leadership point to recent successes on issues like the minimum wage and paid family leave. However, support for those vitally important initiatives was a long-fought effort of the Democratic Party, the Working Families Party, labor unions, faith-based organizations, and progressive community organizing groups. That effort, which Governor Cuomo only began championing in early 2016, was met with outcry and dissension from the Republican-led majority. Today, the minimum wage agreement has resulted in a three-tier structure, with different wage limits and phase-ins that offer only limited relief to the poverty-level pay of workers in Upstate New York and Long Island.

Governor Cuomo, who wields enormous power and benefits from a divided Legislature, was indeed able to push some legislation through in this year’s budget. But should progress in our state depend on the discretion of one person? And what about important progressive issues like the DREAM Act, campaign finance reform, increased MTA and education funding, election reform, and closing tax loopholes—the carried interest loophole among them—that benefit millionaires and billionaires at the expense of the middle class?

A number of bills passed by the Democrat-led Assembly can’t get a vote on the floor of the Senate because the Republican leadership won’t allow it; examples include Nicholas’s Law, which would require the safe storage of firearms in homes, and GENDA, which would outlaw discrimination based on gender identity or expression and has passed the Assembly nine times in consecutive years. Even the tenth plank of the Women’s Equality Agenda, which governs abortion rights, can’t pass the Republican-led chamber in a state that prides itself on being a progressive leader among other states.

Americans are conditioned to see a fully funded public education as the right of every child and every family. Our state constitution guarantees a sound public education to every student. Yet despite the Campaign for Fiscal Equity lawsuit, decided almost a decade ago in favor of New York parents, public education here remains underfunded to the tune of billions of dollars, leading to the most racially and economically segregated classrooms in our nation.

Super PACs advocating for charter schools, which often siphon resources away from public education, and for tax credits for private and parochial schools have not shied away from advertising their interest in maintaining a Republican-led majority. In the primaries, one such PAC, New Yorkers for Independent Action, specifically targeted a Democratic senator and three Democratic Assembly members representing communities of color. Thankfully, these efforts were unsuccessful as voters chose candidates who support public education.

This year saw corruption exposed at an unprecedented level in Albany. Nevertheless, despite promises of strong ethics and government reform, New Yorkers have been disappointed time and again by the paralysis of our state Legislature. Reforms that get passed are inevitably watered down. Last month, for example, the governor signed an “ethics reform” bill that was roundly criticized by good government groups and editorial boards for not going far enough or attacking the root of the problem. Rather than addressing the perverse amounts of money being thrown at our state legislators, the bill simply increases disclosure requirements for independent expenditures and lobbyists.

By contrast, the Democrats, led by State Senator Andrea Stewart-Cousins, are looking to close the LLC loophole, which allows corporations to give nearly unlimited funds to candidates. They also propose enacting a public financing system for elections and lowering contribution limits for campaigns. These reforms would fundamentally improve our system of government by taking power out of the hands of large corporations and powerful lobbyists, who are able to wield extraordinary influence in Albany at the expense of tenants, immigrants, seniors, and students.

This November New Yorkers have a chance to take back some control of their state Legislature by electing a real Democratic majority. We urge New Yorkers to restore and expand on the promise of Election 2012 in this crucial election year.

***
Kate Linker and Kim Moscaritolo are the president and vice-president of the all-volunteer advocacy organization Greater NYC for Change, a partner in the Demand Democracy campaign. Kim is the Democratic District Leader in AD76 in New York City.