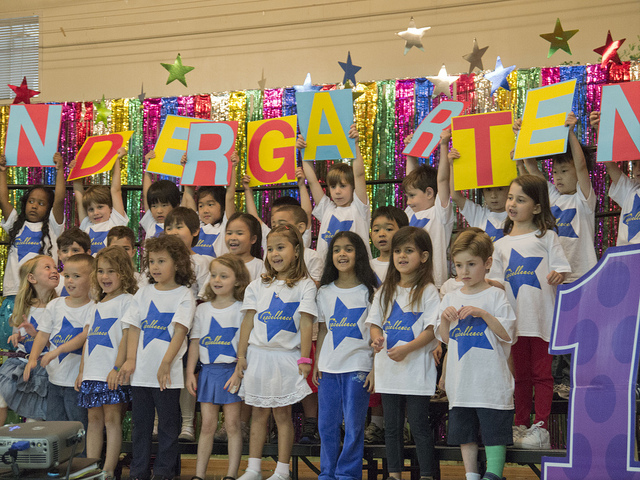 And none is likely to be more politically challenging than his signature commitment to establish “truly universal pre-Kindergarten for all 4-year-olds” by imposing an extra tax on the wealthiest New Yorkers.

A central plank in his campaign platform, the de Blasio pre-K plan calls for a five-year tax hike – from 3.86 percent to 4.41 percent – on those New Yorkers making more than half a million dollars a year. The surcharge is expected to raise some $530 million in dedicated funding for universal pre-K and after-school programs for middle-school students.

But unlike other populist promises like stop-and-frisk reform, which arguably can be accomplished by mere executive fiat, the universal pre-K commitment will require a virtual army of other prominent elected officials willing to risk their own political fortunes. And therein lies the rub. As The Wall Street Journal correctly noted, de Blasio’s proposal faces “significant headwinds” in Albany, including “a skittish Legislature heading into an election year and a governor who is reluctant to raise taxes.”

Even state Assembly Speaker Sheldon Silver — himself a fellow Democrat — has been hedging his bets on this one, telling the Journal that the plan might have to be put on ice for at least a year until after the 2014 state legislative election.

Then there’s the always intricate intersection of semantics and arithmetic. What exactly does “universal” mean and how do we measure the reach and effectiveness of the de Blasio plan? In first unveiling his initiative before the Association for a Better New York just over a year ago, de Blasio said his proposal would add 10,000 new pre-K seats to the existing system and expand all part-time pre-K classes to fulltime sessions for 38,000 four-year-olds.

But would the creation of 48,000 new publicly funded full-time pre-kindergarten slots come even close to meeting any reasonable definition of “universal”? That depends on how you do the math and what you mean by pre-K.

New York City already operates the largest publicly funded early care and education system in the nation, serving some 100,000 pre-school children in a mix of center-based and home-based settings. Recently renamed EarlyLearn NYC, the program is run by the Administration for Children’s Services, which also oversees one of the largest Head Start grant programs in the country, serving some 19,000 children. In addition, the city’s Department of Education manages the state’s universal pre-K program, which is provided through public schools and contracted EarlyLearn providers.

But a study released by city Comptroller John Liu earlier this year found that the combined early education system does not even come close to meeting universal need: as many as 200,000 children in the city, including many from low-income families, are currently excluded from early-learn programs, including pre-kindergarten classes. Titled "The $4 billion Deficit: Ratcheting Up Investment in Early Childhood Education," the comptroller’s report estimates that the total cost of providing universal, comprehensive, early care and education (including pre-K programs) for all of New York City’s children, would amount to more than $6 billion a year.

But combined city, state and federal spending on these programs currently totals a mere $1.5 billion, leaving an “education deficit” of $4.6 billion.

Though not as widely covered as de Blasio’s pre-K initiative, Liu — himself a former candidate in this year’s Democratic mayoral primary — had also proposed an additional investment of some $433 million to make pre-Kindergarten truly universal for all 4- and 5-year olds in the city. But he has gone even further in calling for the creation of a universal pre-school program for all 3-year olds, at an estimated cost of nearly $1 billion.

{pullquote}Would the creation of 48,000 new publicly funded full-time pre-kindergarten slots come even close to meeting any reasonable definition of “universal”?{/pullquote}

De Blasio’s populist embrace of universal pre-K programs as a signature component of his mayoralty places him squarely not only on the rightside of history, but of science as well. It also dovetails neatly with his “tale of two cities” narrative: one recent study from the National Bureau of Economic Research finds that the best thing we can do about inequality is to provide universal pre-school.

“A policy of free preschool would yield a raft of cost-effective benefits for society and the economy,” according to the report. “It would increase social mobility, reduce income inequality, raise college graduation rates, improve criminal behavior and yield higher tax revenue thanks to an increase in lifetime wages.”

These benefits are especially critical for children of low-income families, who suffer at an early age from poverty-related developmental deficits that are only compounded the longer they remain unaddressed. In fact, researchers at the Washington University School of Medicine now report in a study published by the JAMA Journal Pediatrics that poverty appears even to inhibit the physical development of the brain. Those children exposed to poverty at an early age had smaller volumes of white and cortical gray matter, the study found, as well as hippocampal and amygdala volumes.

All of that is aside from the environmental impact of poverty on a student's behavior and school performance.

Noting that fewer than three in 10 4-year olds in the United States are currently enrolled in high quality pre-K programs, President Barack Obama has also publicly embraced the cause of universal access to early education in his State of the Union address earlier this year. And that’s good news for mayor-elect de Blasio who, come January, may need an infusion of political capital from the nation’s top Democrat if his signature initiative is to make any headway in Albany.

Hugh Hamilton is an independent journalist and editorial consultant in New York City. For 12 years until this summer, he was the host and executive producer of WBAI-FM's drive-time news-talk analysis program, Talkback. He previously worked as a legislative director for two different members of the City Council.