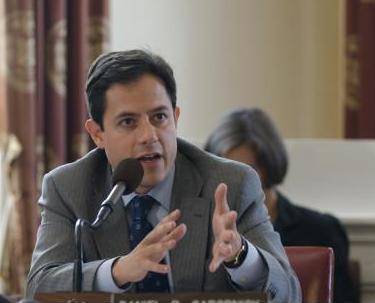 There was a lot of talk last year about the urgent need to rejuvenate East Midtown.

Mayor Bloomberg offered a serious, but incomplete, rezoning proposal. Too many questions remained about the improvements to Grand Central's infrastructure and the pricing of air rights to advance new development. The ball is now in Mayor de Blasio's court, and we hope he will run with it.

The need for action results from antiquated zoning rules which trap buildings in their current condition. Today, someone who tears down their building can only build back to the same size if they retain 25 percent of their structure. The economics of those regulations leaves few developers willing to terminate leases, vacate buildings, demolish, and rebuild. One early concept simply allowed those buildings to rebuild up to their current densities, essentially "grandfathering" them in.

The rezoning proposal that emerged, however, added even more density by allowing developers to purchase air rights at $250/foot, to be used to finance local infrastructure. While it allowed for the purchase of air rights, it unwisely set the price of those air rights the same across an 80 block territory. It committed considerable sums for infrastructure, but without certainty that they would be used for the most needed improvements. At our insistence, a public realm plan was proposed, but it was unclear if many of the recommendations could actually be implemented. In short, the goals were laudable, but for a plan that would take effect over decades, we needed more time to get it right.

Now we can. We have an opportunity to create the right environment to allow East Midtown to keep its competitive edge. As we devise a new plan, we should consider why companies will want to locate in East Midtown over the next 50 years, and how we want this area to function in the context of New York City's other central business districts.

The proposal should be for a vibrant 21st Century business district, and not an isolated set of new skyscrapers, disconnected to the world around them. That means we need to consider the appropriate density and urban design for the entire district, and to provide that future development improve pedestrian and transit circulation, open space, and access to daylight. We also need to be mindful of the historic fabric of midtown and consider which important buildings should be preserved.

We should revisit the mechanism for pricing air rights -- and consider whether there are other models, such as a tax assessment or tax increment finance district to fund infrastructure, or a broader air rights transfer option, which may be a better fit.

As we proceed with this discussion, let's not forget that the challenges with this area's infrastructure need to be addressed with or without any rezoning proposal. The Lexington Avenue subway platforms at Grand Central are so overburdened as to make them dangerous; East Side Access will be open at some point, and will require better access points to the street; and our sidewalks and public spaces should allow for better and safer pedestrian flow. Simply put, we need a vision for our sidewalks, parks, plazas, and elsewhere - to complement any new buildings that are built.

Many of us have been grappling with these questions for the better part of two years. The Mayor has stated that he will submit a new rezoning proposal this year, and I look forward to working with him toward the more complete plan that East Midtown deserves.

Dan Garodnick is a member of the New York City Council representing the fourth district, in Manhattan, which includes East Midtown. Garodnick has served on the Council since 2006.