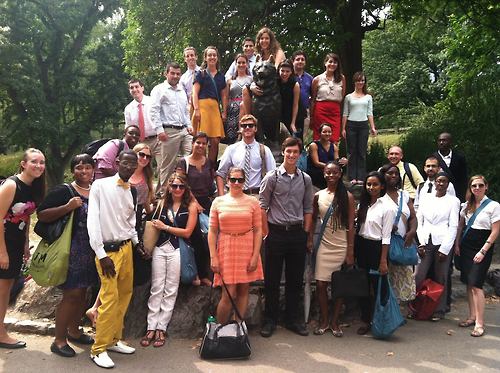 We all hear about how hard it is for young adults to get a decent job in New York City. Popular TV shows and news stories usually focus on college graduates with great grades and connections being forced to take unpaid internships to get a foot in the door. But the youth unemployment crisis is far more extensive and dire than often depicted. Nationwide, 6.7 million young adults ages 18 to 24 are neither in school nor working; 172,000 live right here in New York City. Many of them lack a high school credential and have limited work experience, making the task of getting a job even more challenging.

New York State partnered with four other states and the District of Columbia to try and address this crisis by developing the National Work Readiness Credential (NWRC). The well-intentioned goal was a common credential to show employers that a jobseeker could perform well in an entry-level position. According to an investigative report by JobsFirstNYC, however, few of the tens of thousands of young people who tried to earn the NWRC attained it. Only 312 young adults in New York City secured the credential in 2011, out of an estimated 12,000 who prepared for it. The few who earned the credential gain no benefit in getting a job, because employers do not recognize the NWRC. Black test takers fail the NWRC exam at twice the rate of whites, suggesting the test is racially biased.

The test for the NWRC fails to measure the skills needed for the service and retail jobs sought by most unemployed young adults in New York City. Some questions are taken directly from the New York State Trooper entrance exam, which requires a driver's license and at least two years of college. Other questions require knowledge of office and warehouse operations. These questions have nothing to do with the skills that most young people need to perform on the job. The test was not found valid for young adults and non-white populations, the very same persons to whom the test is now administered.

Because the test doesn't measure the skills they seek, employers do not recognize the NWRC. Of over 100 New York City employers surveyed by JobsFirstNYC, none asked candidates if they had the credential. Consequently, the hiring rate for the few individuals with the credential is virtually identical to the hiring rate of those without it.

New York State is fully aware of these deficiencies, but has made this ineffective credential a key component of its youth employment programs - at a potential cost of millions. Job training providers statewide are required to spend weeks preparing their participants for the qualifying exam. The State's costly promotion of the NWRC despite its nonexistent benefit to young job-seekers and apparent racial bias, diverts resources away from programs proven to get young adults into the workforce.

So what should New York State be doing instead? Thousands of well-paying jobs are available in New York City that can be performed without a four-year college degree. Young adults can become cable installers, computer technicians, and truck drivers, for example, by earning employer-recognized postsecondary certificates. Employers can develop and implement high-quality on-the-job training that meets their needs.

JobsFirstNYC and our partners connect service providers and sectoral employers to create customized training to meet industry-specific demands. Programs like these enable young adults to acquire industry-recognized credentials, as well as work experience leading to good jobs. Strategies that help workforce development organizations respond to labor market demands in growth sectors of the economy are proven to increase employment of individuals with limited education.

There is currently no State support for such employer-driven workforce development programs, despite reports that employers in many of the City's economic sectors are having difficulty filling openings.

Forcing young adults in New York City to take a test they will likely fail when they already confront tremendous barriers in entering the workforce is counterproductive and interferes with efforts to improve their skills and get a good job. New York State needs to drop the National Work Readiness Credential and put resources instead in programs proven to help young people get and keep decent-paying, good quality jobs.
***
Louis Miceli is Executive Director of JobsFirstNYC, a nonprofit focused on connecting young adults to the economic life of New York City.