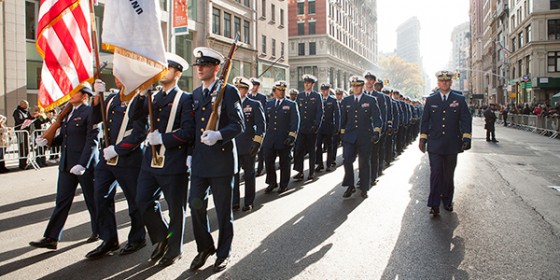 Last month, reports surfaced that a Phoenix-based Department of Veterans Affairs (VA) health care facility maintained two separate lists of patients, one of which doomed nearly 1,600 sick veterans to suffer serious illness without treatment and led to the preventable death of 40 others.

Since the Phoenix scandal emerged, other VA hospitals across the country are warning of similar instances and schemes to cover up excessive waiting times for care. A Congressional hearing earlier this month revealed a 2010 VA internal memo from a high-ranking official addressing "inappropriate scheduling practices" to cover up delays. The practice, referred to as "gaming strategies," should have ended a long time ago, but evidently still exists.

According to the VA Inspector General (IG), 26 VA healthcare facilities nationwide are now under investigation for serious allegations of fraud, malfeasance, and mismanagement. Equally disturbing, some executives from these troubled facilities received performance bonuses upwards of five figures in 2013.

Over this past Memorial Day Weekend, I heard from countless veterans their outrage and disgust with this scandal and the fundamental lack of accountability and widespread mismanagement at the VA. Our veterans deserve the facts and there must be some degree of answerability and consequence for those officials who presided over these heinous acts.

This is why I recently introduced a resolution (Res 0201-2014) to the City Council in support of The Department of Veterans Affairs Management Accountability Act of 2014. This Act would enhance accountability by providing the VA Secretary the authority to immediately remove Senior Executive Service (SES) employees for performance. Current employment protections afforded to SES employees make it extraordinarily difficult to remove them. This bill eliminates the appeals process to allow for immediate disciplinary action that will ultimately aid in reducing the VA's backlog, improve access to care, and bolster other services.

Going forward, the VA needs to act immediately to ensure that veterans who may have been affected by delays in care secure the medical attention they need. The Obama administration announced this weekend that more veterans will be allowed to get health care outside of VA facilities, but this policy should be broadened, extended, and potentially made permanent to avoid any further delays.

Congress should also move quickly to enact legislation that would provide veterans easier access to care. Earlier this year, Senator Bernie Sanders introduced sweeping legislation that addressed the disability backlog, healthcare, education, and other core issues. Regrettably, this bill was defeated. However, I implore our federal representatives to re-work and re-introduce this package with measures that enhance accountability and streamline the process for veterans to receive the health care services they need and are rightfully entitled to.

Our veterans deserve answers and we need leadership from Congress and the President. Our veterans fought our wars and answered the call to protect our freedoms time and time again. Now it is our duty to fight for them.

***
Eric Ulrich is a Council Member from Queens and Chairman of the Council's Committee on Veterans.