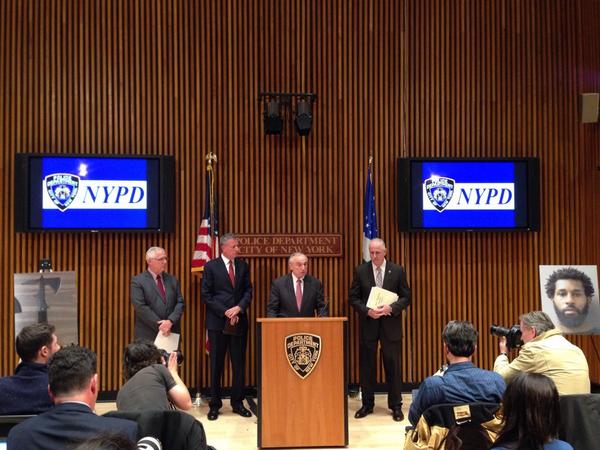 This week's report on the frequency and distribution of misdemeanor arrests from 1980 to today from John Jay College of Criminal Justice provides clear evidence of what many have known for years. The NYPD is engaged in a wide-ranging social experiment in the mass criminalization of poor non-white New Yorkers.

The report shows that misdemeanor arrests have increased from about 60,000 a year in the early 80s to almost 250,000 today. Last year the arrest rate for whites was 1.2 percent, compared to an arrest rate of 6.4 percent for blacks and 4.4 percent for Hispanics.

The bulk of the charges seen in this massive expansion involve low-level drug enforcement, especially of marijuana, prohibitions against commercial sex work, the many disorderly activities associated with living on the streets, and a variety of minor offenses mostly engaged in by young people such as graffiti and riding a bike on the sidewalk.

A shocking 25% of all misdemeanor arrests since 1980 have been for low-level drug violations, including 1 million arrests for marijuana.

Since these arrests are heavily concentrated in communities of color, in some places closer to 3 in every 10 young men in this age group face arrest each year. While that rate has since declined some, we are saddling these young people with permanent arrest records for low level drug involvement, jumping the turnstile, and playground fights in mind numbing numbers. The involvement of police in school safety enforcement has only worsened that trend by criminalizing schoolroom misbehavior as well.

During the 30-year period covered by the report, there has been an explosive increase in poverty and homelessness in New York City, especially among communities of color. African-Americans in particular are poorer and more socially isolated. Our City's response to this profound growth in inequality has been mass criminalization through the War on Drugs and the drive to eliminate "quality of life" problems through heavy-handed zero-tolerance policing, spurred on by a slavish adherence to the unproven "Broken Windows" theory. There is no substantial evidence that this massive expansion in misdemeanor arrests for drug violations, sex work, youthful misbehavior, and the activities associated with living out of doors is responsible for what is an international drop in crime. Hundreds of cities around the world have enjoyed major decreases in crime during this same period without relying on these techniques.

There is, however, clear evidence of the negative consequences of the increased usage of misdemeanor arrests on those arrested and the communities they come from. While disorderly behaviors have been reduced by aggressive policing, it has also torn apart families, destroyed livelihoods, and alienated many from the police, work, and city services.

In addition, the social problems being criminalized by the NYPD have shown no signs of improvement. Unemployment among young men of color remains at very high levels—in some communities topping 50%. Homelessness has increased throughout the period of the report. At the same time, drug use and drug availability remain pervasive, as does access to commercial sex. In other words, life for the poorest New Yorkers remains desperate and their problems are typically compounded by intensive criminalization.

Even if the massive increase in misdemeanor arrests was somehow responsible for a part of the crime decline, the social and financial costs are too high. The high costs of police time, court time, and over $100,000 per bed per year to run the prison on Rikers Island, means the arrest and jailing of people for even short periods is a gross misuse of limited city resources. The intensive criminalization of almost entirely minority populations flies in the face of any effort to reduce inequality, create equal opportunities for all, and improve the real quality of life in minority communities.

We must find lasting solutions to inequality that don't rely on criminalization. Drug use and drug dealing, sex work, and the disorderly behaviors associated with living on the streets are very real social problems, but criminalization at best papers over these problems and in some cases makes the problems and the lives of those involved worse. Resources devoted to criminalization must be repurposed to initiatives designed to create pathways out of homelessness and poverty. We must stop relying on homeless shelters, emergency rooms, and jails to deal with people living on the streets, we must find real economic opportunities for young people of color that take into account the challenges of educational failure, discrimination, and long-term poverty.

We can start with increasing permanent housing with transitional support services for those most in need, a massive expansion in public housing, and reforms to make living conditions better could improve life for hundreds of thousands. We need a major increase in the minimum wage to ensure that those who are working make enough to steer clear from participation in black markets. We need an increase in the standard of living for city employees, who have endured decades of austerity contracts, which has contributed to a thinning out of the middle class in the city, and we need further investment in non-punitive anti-violence initiatives for young people with wraparound services.

Finally we must decriminalize drugs and sex work and address whatever concrete harms are associated with them through community-based initiatives that don't rely on the police, courts, and jails.

The mayor is beginning to pursue some of these strategies, but the needs are huge and resources limited. He should stop wasting precious resources on criminalization and put them where they will do more good than harm.